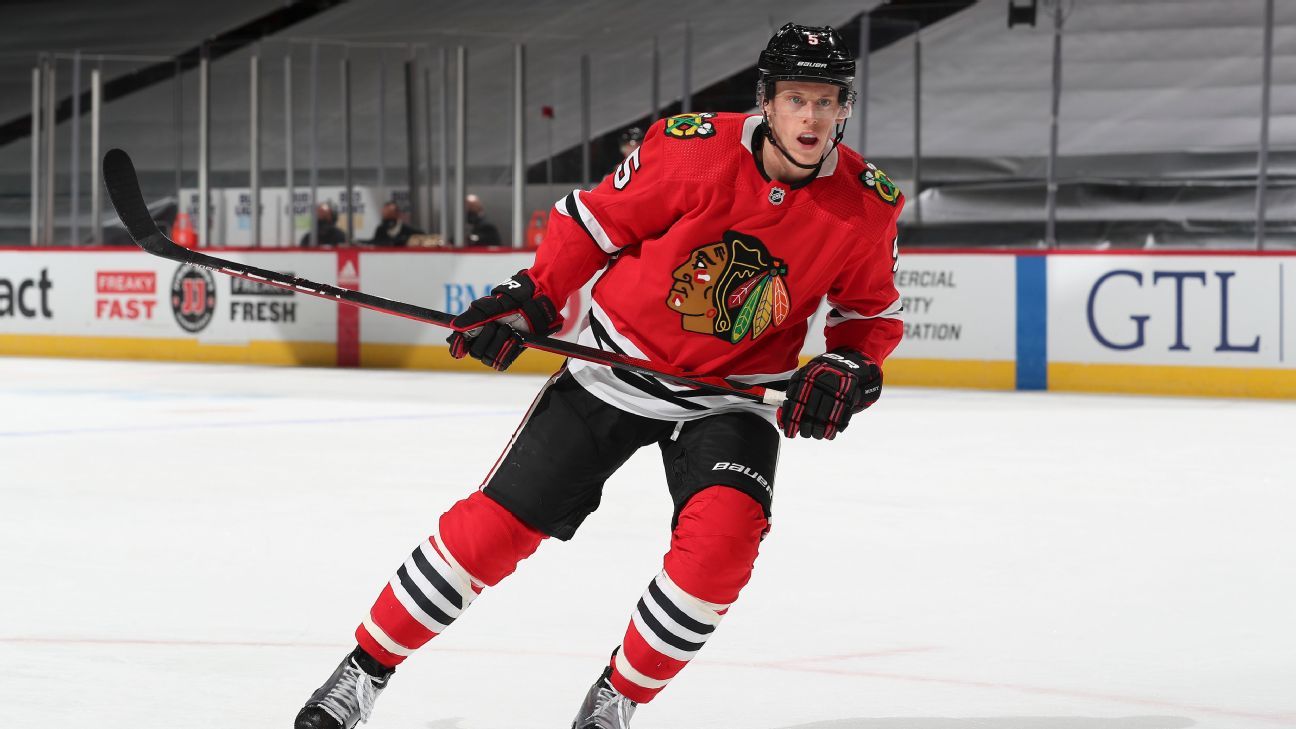 The Chicago Blackhawks and defenseman Connor Murphy have agreed on a four-year extension that carries an annual average value of $4.4 million.

Murphy, 28, has become the de facto No. 1 defenseman on a Blackhawks team that has not been strong defensively in recent seasons. But Murphy has been a responsible and physical presence on the blue line.

Chicago has made big moves on defense this offseason, trading Adam Boqvist to Columbus for Seth Jones and signing free agent Jake McCabe.

Murphy had three goals and 12 assists in a career-high 22:09 of ice time last season. He will start his fifth season in Chicago after a trade from Arizona for Niklas Hjalmarsson in 2017.

“When we acquired Connor in the summer of 2017, we had visions of him growing as both a player and leader in our organization for many years,” Blackhawks general manager Stan Bowman said in a statement. “He has transformed into a defenseman capable of matching up with the opponent’s best players and someone we trust to help us preserve a lead in the final minutes. Connor’s voice carries weight in our locker room as a veteran presence and we’re thrilled that his development and leadership will continue as a Blackhawk.”

Allgaier dominates at Nashville to win Xfinity race
‘How can we be better?’: Inside Cincinnati’s quest for an encore after historic season
2022 Stanley Cup Final: Best moments, scenes and breakdown of Colorado Avalanche-Tampa Bay Lightning Game 3
LIV rebels allowed to play at 150th Open
‘He deserved every second of it’: Inside Freddie Freeman’s emotional return to Atlanta