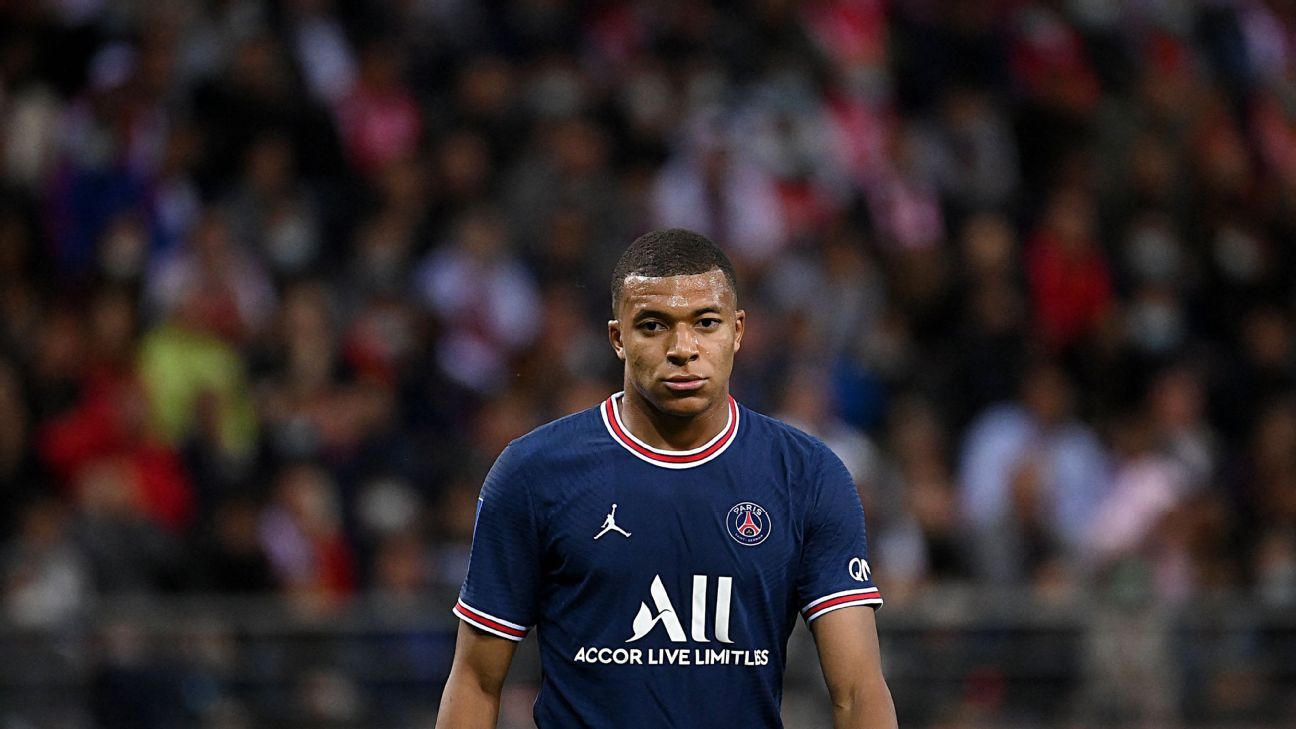 Real Madrid made a new offer worth €200 millon to Paris Saint-Germain for Kylian Mbappe but received no reply and are now resigned to putting their bid to land the star forward on hold, sources close to the LaLiga club have told ESPN.

The transfer window in Spain and France closes at midnight (CEST) on Tuesday and talks remain deadlocked, with the two clubs unable to find common ground on a fee for the 22-year-old.

However, sources in Paris denied that a new bid had been made on Tuesday and confirmed that Mbappe would be staying at PSG this season.

Madrid made an initial €160m offer for Mbappe last week and, after it was immediately turned down, followed it up with a bid worth €170m up front plus €10m in add-ons.

PSG did not respond to that offer, and sources had previously told ESPN it would take a bid of at least €200m to make them seriously consider a transfer.

There had been attempts from Madrid in recent days to put pressure on PSG by threatening to withdraw from negotiations.

Sources close to Real Madrid told ESPN that they believed PSG were looking for a possible replacement for Mbappe during that time. The striker’s contract at PSG expires in June 2022 and, if he does not sign a new one, he will be free to negotiate with Madrid, or another club, from January with a view to moving for free next summer.

There is concern in Madrid that, if no transfer is agreed now, Mbappe will come under significant pressure to renew his contract — including from teammates such as Neymar, Lionel Messi and even former Madrid captain Sergio Ramos.

Mbappe has been Real Madrid’s top transfer target for multiple seasons, sources have told ESPN. The club had been carefully managing its spending — with no transfer fees paid on first team players since 2019, in addition to the departures of Raphael Varane and Martin Odegaard this summer — in preparation for a bid for Mbappe.

The France international has also previously been close to sealing a move to the Bernabeu. He went on trial at the club in 2012 for his 14th birthday, meeting idol Zinedine Zidane and posing for a photo with then-Madrid star Cristiano Ronaldo.

Madrid pushed hard for his signing when he left former club Monaco — where he won Ligue 1 and reached the Champions League semifinals in 2016-17 — before he decided to join PSG in a €180m deal, which still stands as a world record fee for a teenager.

Mbappe has won three league titles during his four years in Paris and finished as Ligue 1’s top scorer three seasons in a row.

He began the 2021-22 season with a brace in PSG’s 2-0 win over Reims on Sunday, a game in which Messi also made his debut for the club off the bench.

Ex-No. 1 pick Appel gets big league call-up at 30
Judge walks it off for Yankees on eve of hearing
Time to move: Five Americans who need new clubs
Transfer Talk: Gabriel Jesus set to leave Man City for Arsenal
Sources: Blazers get Grant from Pistons for pick