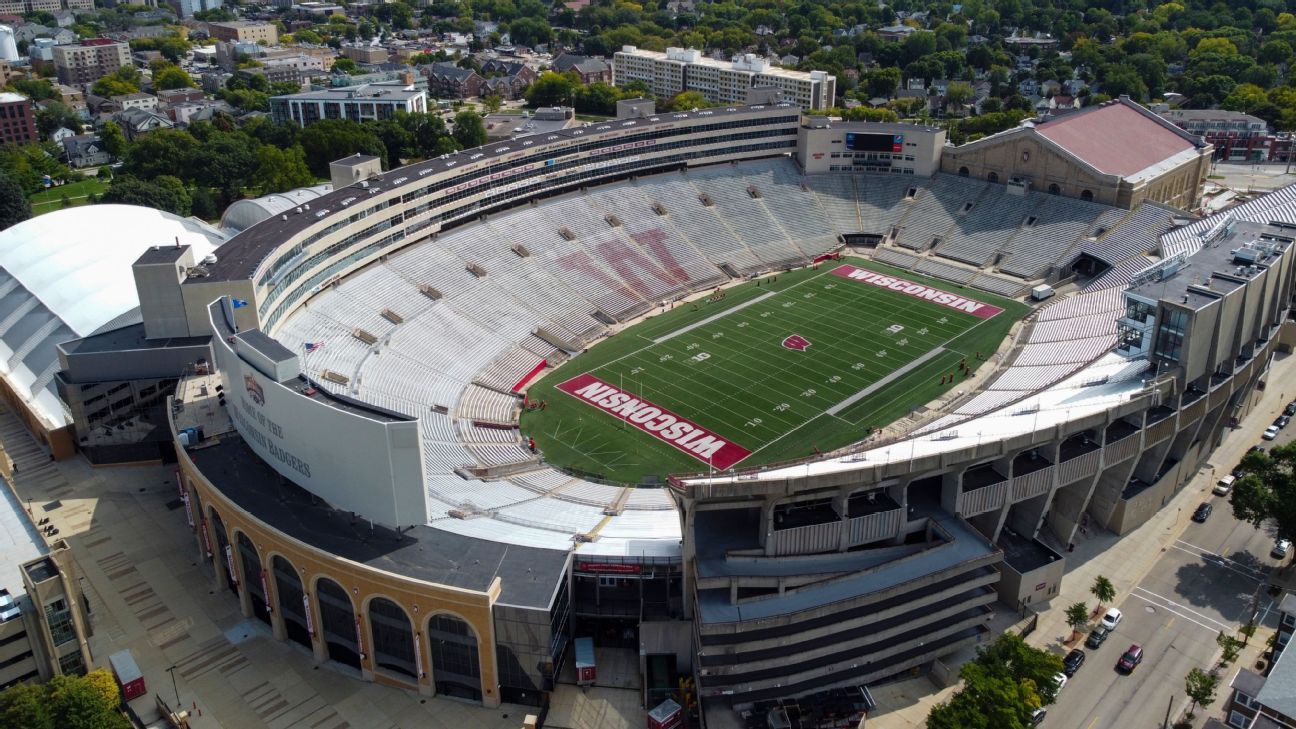 Wisconsin inside linebackers coach Bill Sheridan, who is under NCAA investigation for alleged recruiting violations as an Air Force assistant coach, resigned from his position Friday.

The Action Network reported earlier this week that Sheridan, assistant defensive line coach Del Cowsette, tight ends coach Jonathan Himebauch and an unknown assistant were under investigation over impermissible benefits and for hosting high school recruits while at Air Force in 2020, when the NCAA imposed a dead period in recruiting due to the coronavirus pandemic.

Air Force, in a statement to ESPN, confirmed there was an NCAA investigation but did not name the former assistants involved.

“While I look forward to presenting my case at a hearing, I am concerned that the NCAA investigation regarding activities that occurred prior to me joining the Wisconsin football staff could be a distraction which could cause harm to the program,” Sheridan said in a statement. “As a result, I am submitting my resignation effective immediately. I have great respect for coach [Paul] Chryst, his staff and the student-athletes I had the privilege of meeting and coaching over the past three months. I regret that I will not have the opportunity to continue to be part of this special group and wish them well with the upcoming season.”

Air Force dismissed the assistants upon learning of the alleged violations, the Action Network reported.

“The U.S. Air Force Academy is working with the NCAA in an ongoing self-reported case and we continue to work cooperatively with the NCAA enforcement staff to bring the matter to a full resolution,” Air Force superintendent Lt. Gen. Richard Clark and athletic director Nathan Pine said in a statement. “Per NCAA rules and procedures, Air Force is unable to comment on any aspect of the ongoing case until it is finished. It is our responsibility to ensure the integrity of the institution, the athletics department, our cadet-athletes and staff.”

Sheridan, a former NFL defensive coordinator and veteran college assistant, joined Wisconsin’s staff in February and had coached with the team throughout spring practice. The 63-year-old previously coached in the Big Ten at Michigan State (1998-2000) and Michigan (2002-04).

Wisconsin had moved Bob Bostad, who previously coached the inside linebackers, to offensive line, where he coached from 2008 to 2011.