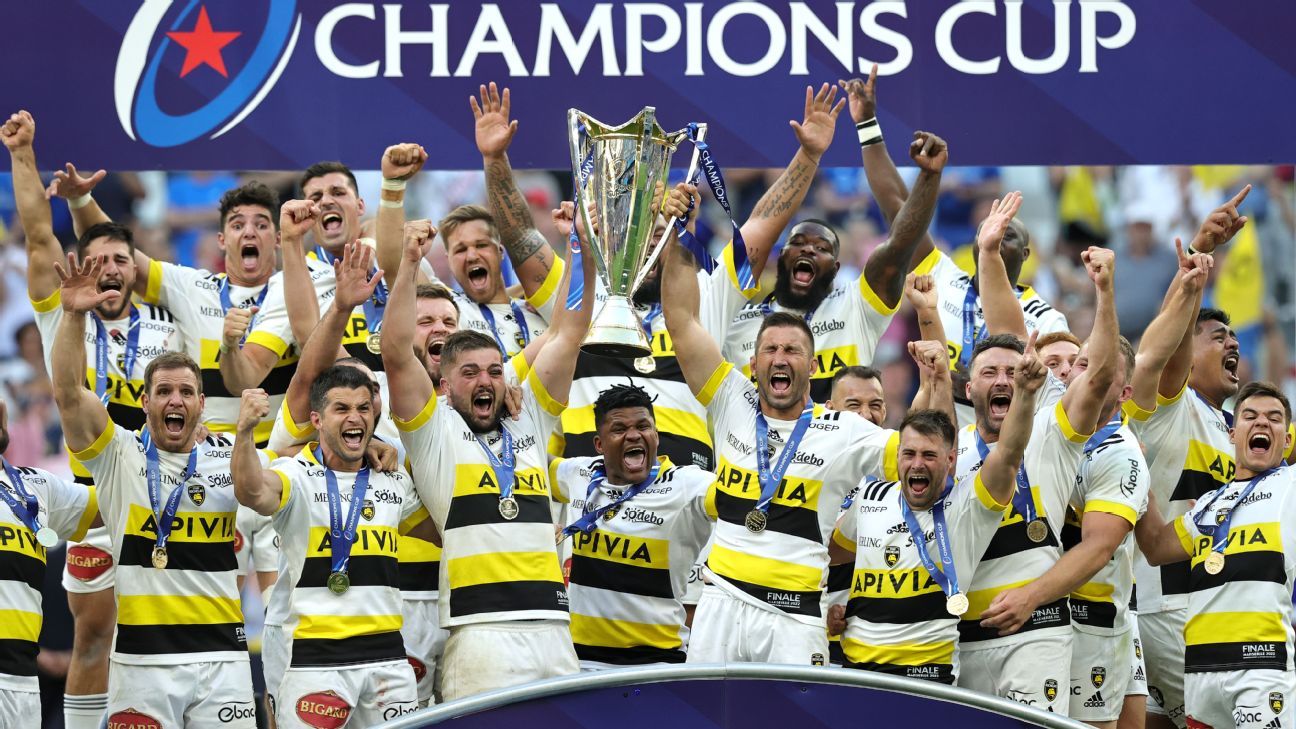 A last-minute try by Arthur Retiere after a monumental goal-line assault gave La Rochelle a stunning 24-21 victory over favourites Leinster in a superb European Champions Cup final in Marseille on Saturday.

Leinster had looked on course for a record-equalling fifth triumph as they heroically defended their line and a four-point lead for almost all the final 10 minutes, only for Retiere to finally scramble over.

Johnny Sexton kicked six penalties and Ross Byrne added another as Leinster, boasting 13 Ireland internationals, led throughout, despite a try in each half by Raymond Rhule and Pierre Bourgarit.

But La Rochelle, beaten in last year’s final by Toulouse, backed themselves by turning down a succession of kickable penalties to hammer away through the forwards, and eventually got their reward.