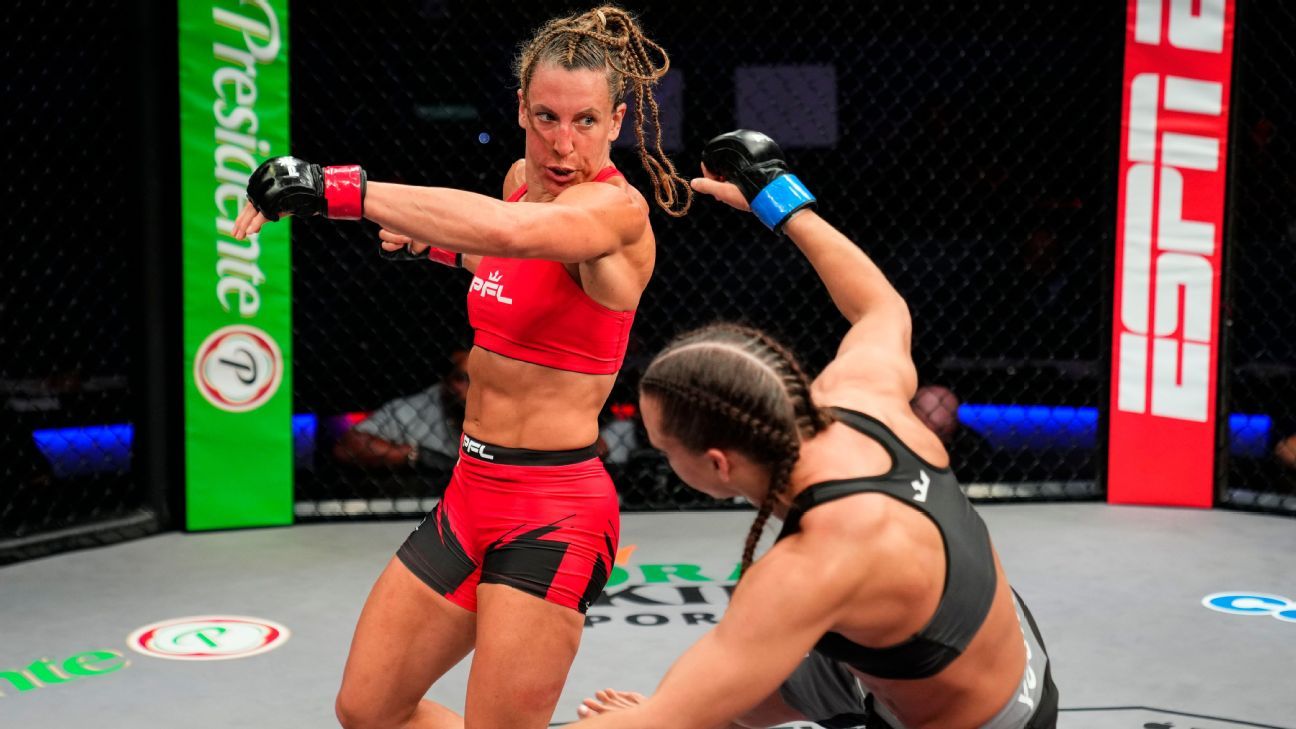 A scheduled battle between a former Bellator champion and a defending PFL champ will have to wait.

Harrison vs. Young, a regular-season women’s lightweight matchup, is set to be the main event of PFL 6 in Atlanta.

ESPN has Harrison ranked No. 8 in the world on its pound-for-pound women’s MMA list. The two-time defending PFL women’s lightweight champion has won two Olympic gold medals in judo and is undefeated in MMA.

Harrison (13-0) is coming off a unanimous decision win over Marina Mokhnatkina on May 6, giving her three points in the PFL women’s lightweight regular season. The Ohio native, who lives and trains in Florida, is second in PFL’s current divisional standings.

Harrison, 31, had finished five straight fights before Mokhnatkina. Young (12-12-1), a league alternate this season, went 1-2 in PFL last season, including a loss to Budd last October. The 36-year-old Minnesota native has a striking background — including a black belt in taekwondo — and has been a pro MMA fighter since 2007.

Budd (16-4), lost her first fight this season to Genah Fabian, but was granted three points due to Fabian’s weight miss. Mathematically, the 38-year-old Canadian fighter could still make the playoffs, especially if another fighter falls out, but it is unlikely.