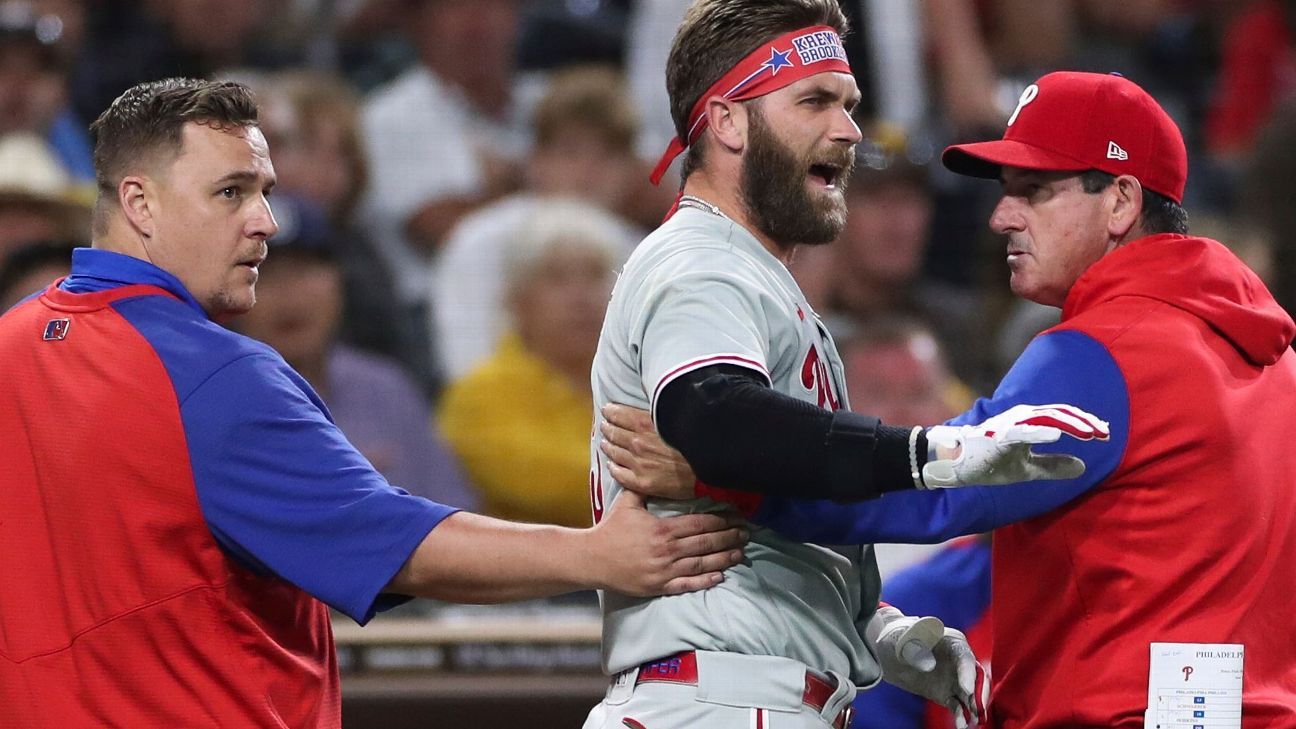 SAN DIEGO — Philadelphia Phillies outfielder Bryce Harper left with an apparent injury to his right hand after being hit by a 97-mph fastball from Blake Snell in the fourth inning Saturday night against the San Diego Padres.

The nature and extent of the injury were not immediately known. Harper, serving as the Phillies’ designated hitter, was replaced by Johan Camargo.

Harper checked his swing and the pitch rode inside and high toward his shoulder. The ball appeared to hit him on the outside of the right hand. Harper immediately crumbled to the ground and was in visible pain as he held his hand while on his knees for several minutes with the Phillies’ trainer attending to him.

As Harper was halfway to Philadelphia’s dugout, he started yelling at Snell and motioning with his injured hand toward the Padres starting pitcher. Snell eventually shouted something back at Harper. Many of the fans at Petco Park fans started to boo Harper after several seconds with Harper shouting at Snell.

Harper is having a strong season as the Phillies continue to try to shed a slow start that resulted in the firing of former manager Joe Girardi. Headed into Saturday’s game, Harper led the team in batting average (.320), hits (77) and RBIs (48).