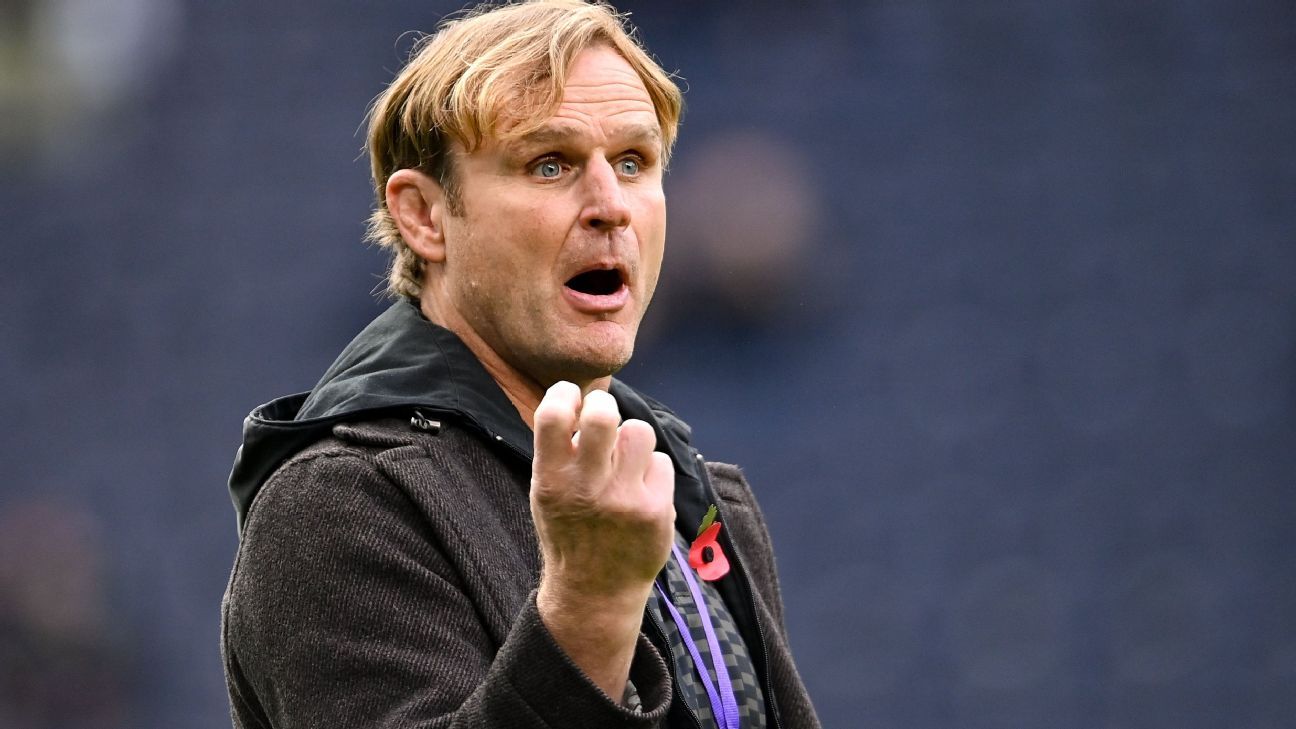 Warren Gatland has left New Zealand Rugby with one final piece of advice before departing for Wales, imploring the governing body to sign Scott Robertson as the next All Blacks coach.

It was on Monday revealed that Gatland would be returning to Cardiff after just three short years away, the Kiwi replacing Wayne Pivac as Wales coach after his fellow New Zealander’s position had becoming untenable following embarrassing home losses to Italy and Georgia in 2022.

It means Gatland will reprise a position in which he has won three Six Nations Grand Slams and reached two Rugby World Cup semifinals. The four-year deal will also mean that by the time the 2027 tournament is done, Gatland’s involvement with Welsh rugby will be just three years short of the two-decade marker.

There will be those in New Zealand who would have liked to see Gatland throw his hand up for the All Blacks job, but for the man himself there is just one name NZR needs to consider, if or when they prepare to make a coaching change.

“There’s one person at the moment in New Zealand who’s been incredibly successful, in terms of Razor,” Gatland said of Robertson.

“And he deserves an opportunity… if they were going to make a change. You can’t deny his results and stuff, they just stick out like a sore thumb. That’s the way that I look at it, he’s an obvious choice.

“There’s only one standout person, and New Zealand [Rugby] should be doing everything they can to make sure they can secure his services long term.”

Gatland has spent the majority of the past three years back at home in New Zealand – save for his British & Irish Lions duties of 2021 – with the Chiefs, where he moved from being a head coach to a director of rugby following Clayton McMillan’s excellent 2021 Super Rugby season.

His decision to return to Wales, and reports that Steve Borthwick will replace Eddie Jones as England coach as early as Tuesday, are two of the key coaching dominoes set to shake up Test rugby.

Robertson had been linked with England and is said to have met with Rugby Football Union administrators while serving as coach of the Barbarians, while the Crusaders coach has also expressed an interest in coaching Australia.

But his first preference has always been the All Blacks.

It’s just whether NZR is prepared to make a call sooner rather than later as to whether Ian Foster should be allowed to continue, a decision that would appear, at this stage anyway, to be at the longest of odds given the governing body came extremely close to showing Foster the door in August.

For his part, Robertson could have done little more to prove he is ready to make the step up from Super Rugby to Test rugby.

And Gatland believes NZR should act before another top Test nation beats them to the punch.

“You offer him a contract, don’t you,” Gatland said of Robertson.

“So you’ve got to change your focus in terms of identifying the people that you want to talk to, you’ve got to keep that as confidential as possible, and that process should be starting now. You can’t wait till after the World Cup and think people are going to come knocking on your door, because that doesn’t happen in professional sport.

“And that’s how other countries are doing it at the moment, they’re drawing up lists of a small number of candidates that they want to talk to over the next few months, and some of them are looking to make announcements early next year.”

Robertson, however, is no lock to replace Foster, while the current All Blacks coach may yet seek reappointment beyond next year anyway.

Current Japan coach Jamie Joseph has also been linked with the role, potentially as part of a team that would also feature his current Brave Blossoms assistant and former All Blacks fly-half Tony Brown.

What role Joe Schmidt plays with the All Blacks beyond 2023 will also affect any decision the NZR makes about the future of the national side.

And Gatland himself hasn’t given up hope of one day coaching the All Blacks.

If he is able to bring Wales up from one of the lowest ebbs in its proud rugby history next year and beyond, then 2028 may well be the year he realises a long-held dream.

“Those opportunities come about from performance and results.”