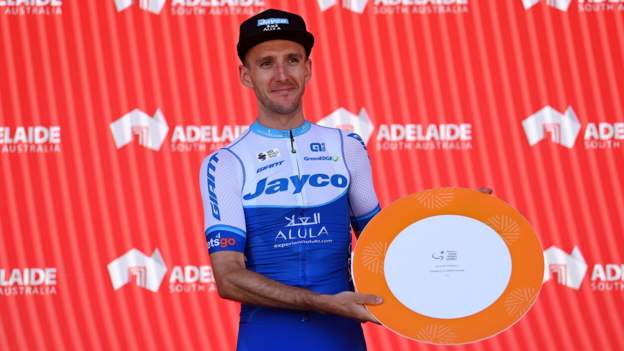 Britain’s Simon Yates claimed victory in the last stage of the Santos Tour Down Under to finish second overall.

The 2018 Vuelta a Espana winner made his charge with 1.7km to go and held off the challenge of Vine and Ben O’Connor.

But Vine did enough to secure overall victory, finishing 11 seconds ahead of Yates for his first World Tour win.

“We didn’t walk away with the overall, but we can be really happy with the stage,” said Yates.

“Second overall was the best I could do, today was our last chance and we took it. Jay Vine is a massive talent and I’m sure that won’t be the last we see of him.”

Vine, the reigning Australian national time trial champion, took the overall lead after Friday’s third stage and follows compatriot Richie Porte who won the race when it was last staged in 2020.

“It was tough out there and it was chaotic for the final two laps towards Mount Lofty, but we settled into the rhythm and the boys kept me safe and did an amazing job.

“Richie Porte is an idol of mine and to be standing here, it’s special in my career.”