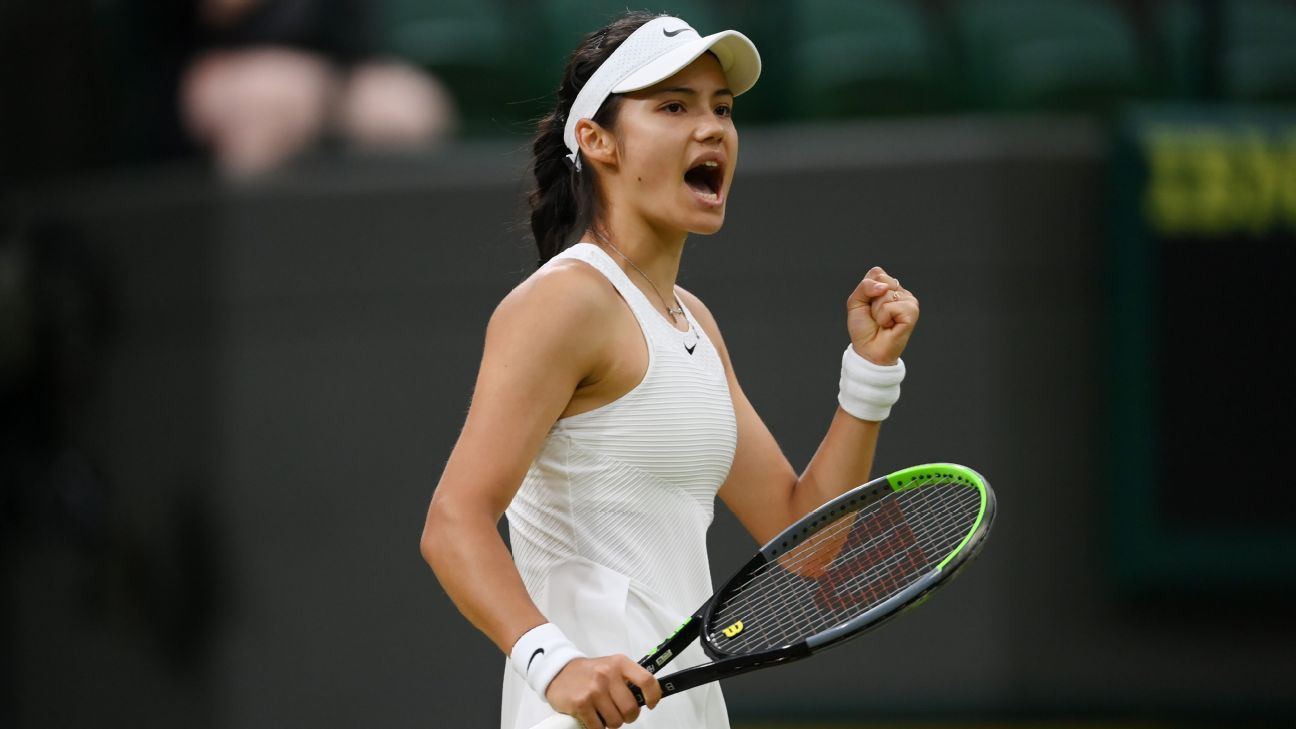 Raducanu, 18, made plenty of fans during a stellar run to the second week of Wimbledon this month.

Raducanu was forced to retire from her fourth-round match against Ajla Tomljanovic because of difficulty breathing. She trailed 6-4, 3-0 when she stopped playing in her Grand Slam debut and second tour-level event.

“Having Emma join our player field is very exciting,” San Jose tournament director Vickie Gunnarsson said. “She really took Wimbledon by storm and having her in San Jose along with rising international players Paula Badosa, Karolina Muchova and Elena Rybakina will give Bay Area fans a chance to glimpse some of the sport’s future stars.”

This marks the third year the tournament will be played in San Jose after moving from Stanford. It was canceled last summer because of the coronavirus pandemic.