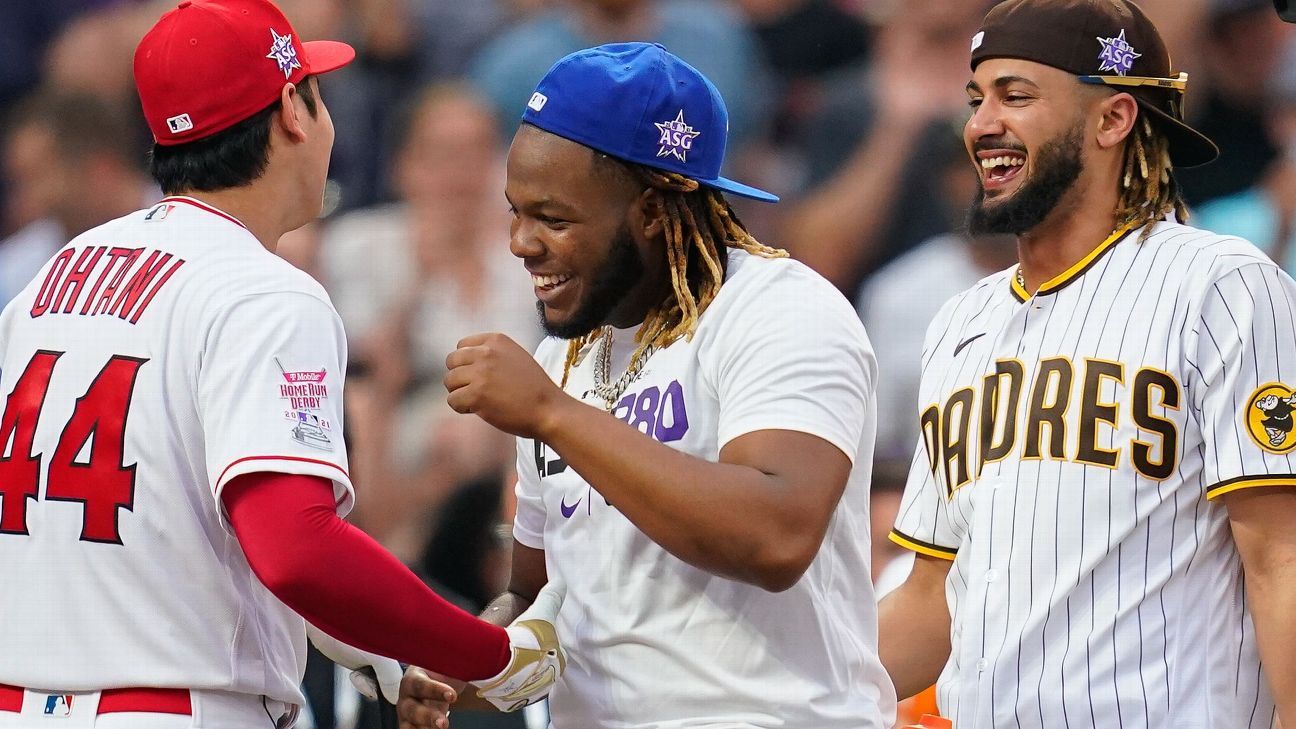 Following a wild 24 hours in which he started the All-Star Game as a pitcher and got the victory, batted leadoff as a designated hitter and partook in the derby, Ohtani said he planned on participating in a future derby — with one condition.

“I definitely want to participate again,” Ohtani said Tuesday through an interpreter. “But for that to happen, I need to have a good first half of that season.”

Ohtani’s participation in future All-Star Games is not likely to be in question anytime soon. Fans voted the 27-year-old as the American League starter at DH and should do the same for the foreseeable future. Perhaps Ohtani will determine his worthiness for participation based on his performance, but based on the reaction to his derby debut, the desire for him to grace Dodger Stadium’s derby in 2022 with his presence will be significant.

In front of a packed Coors Field on Monday, Ohtani was the No. 1 seed and the main attraction. He missed home runs on his first nine swings – and then proceeded to wallop 22 home runs, tying Soto. Ohtani was gassed after the round but returned to match Soto’s six home runs in what was supposed to be a tiebreaking round. Soto homered three times in a swing-off and Ohtani rolled over the first pitch, ending the matchup and leading to an ovation from a crowd that dissipated upon his departure.

On Tuesday, Ohtani followed with a scoreless first inning — including a fastball that sizzled at 100 mph — and wound up the victor as the AL beat the National League, 5-2. He went 0 for 2 at the plate.