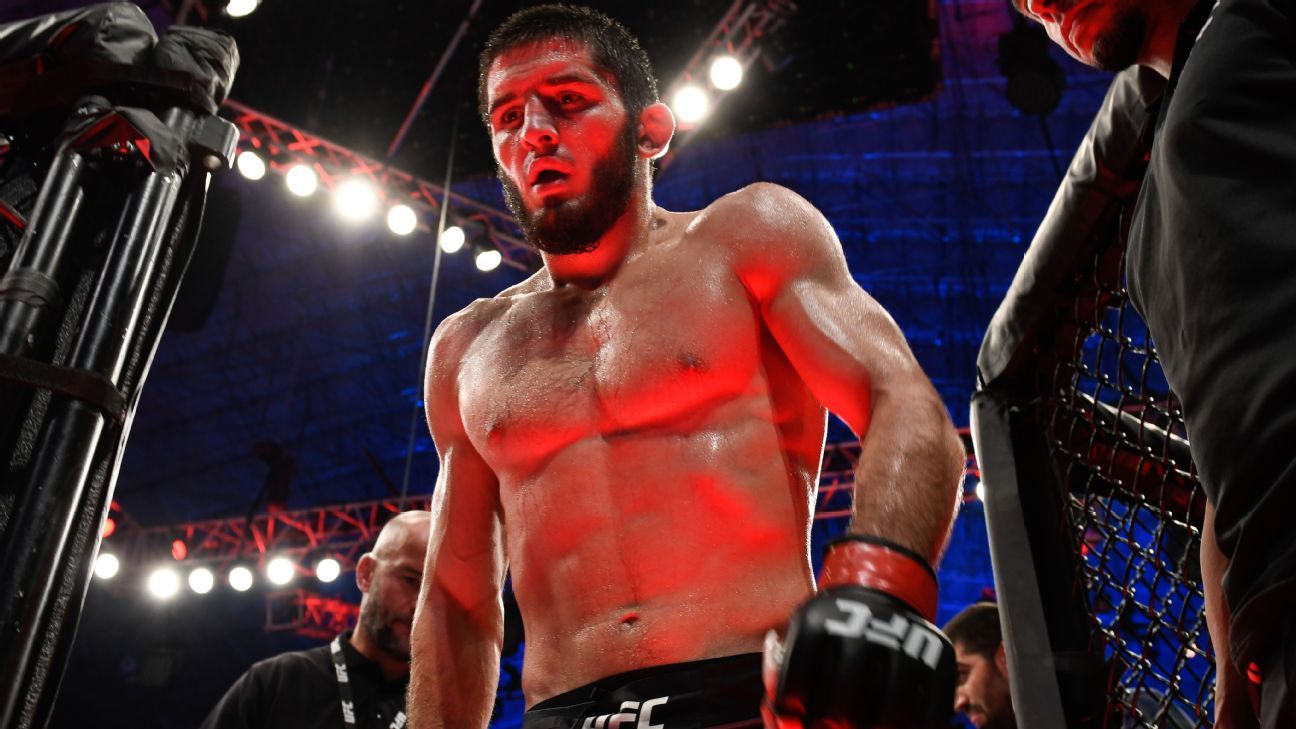 The fights at UFC Apex will be on ESPN and ESPN+, with the main card starting at 10 p.m. ET and the prelims at 7 p.m.

Makhachev (19-1), a 29-year-old from Dagestan, is on a seven-fight winning streak, most recently submitting Drew Dober in March. He is No. 8 in ESPN’s lightweight rankings.

Islam Makhachev, a student of Khabib Nurmagomedov, faces Thiago Moises in his first UFC main event. In the co-main, Miesha Tate fights for the first time since November 2016, taking on Marion Reneau.

Moises (15-4), who is 26 and from Brazil, has won three straight. Most recently, in February, he earned a unanimous decision in beating Alexander Hernandez.

The co-main event features the comeback of former women’s bantamweight champion Miesha Tate. A 34-year-old fighting out of Las Vegas, Tate reigned as champ in 2016, but since losing her belt to Amanda Nunes that July, she competed only once later that year. Tate faces veteran Marion Reneau, who is 44 and has lost four in a row.

How to watch the fights