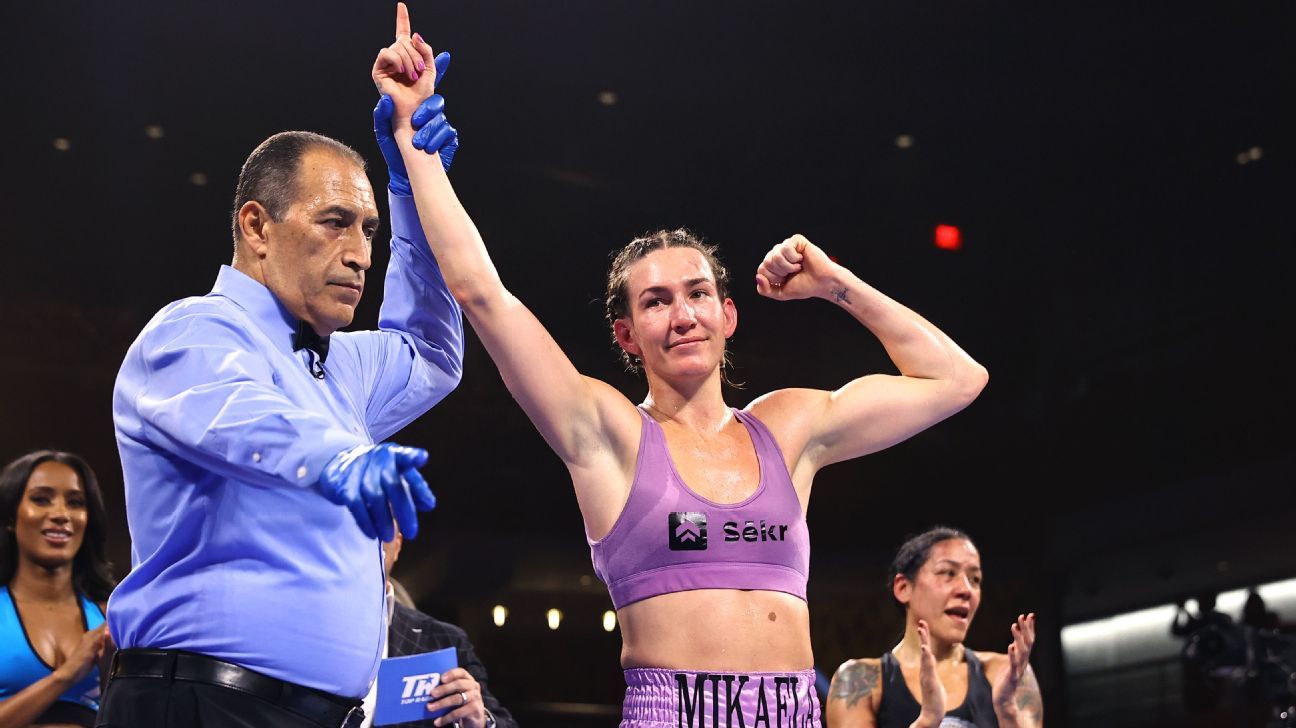 ESPN’s Kel Dansby decided to move Mayer up due to both her performance and her activity.

“The difference between No. 6 and No. 10 on the women’s pound-for-pound list is razor thin,” Dansby said. “Mayer has three wins in the past calendar year, including her WBO junior lightweight title victory over Ewa Brodnicka and a successful title defense against Farias. Her activity and growing status could see her in position to chase a ‘super-fight’ against lightweight undisputed champion Katie Taylor if/when she decides to move up a division.”

For now, Mayer is scheduled to fight IBF champ Maiva Hamadouch later this year in a title unification fight.

“I was just waiting to get through this fight to get to Maiva,” Mayer sad after defeating Farias. “Remind her that I’ll see her soon.”

Nick Parkinson says Mayer’s rise is deserved and given her background, expected.

“Mayer showed her quality in a comfortable points win over Erica Farias, a seasoned professional who had won world titles at two weight classes above junior lightweight,” he said. “The American finished strong against an opponent with a lot more experience in world title fights to ensure her first defense of the WBO junior lightweight title ended successfully. It was a good fight to measure Mayer’s quality and ability to control a fight against a more experienced opponent, but we shouldn’t be surprised by the Colorado Springs native’s rise to the top — she was a US Olympian in 2016 and has looked sharp in recent fights.”

Estrada (21-0, 8 KOs), 29, of Los Angeles, dominated Tenkai Tsunami on July 9 to win the WBO junior flyweight world title to make her P4P debut. Estrada, who also owns the WBA strawweight belt, is already a two-division champion who has also won an interim belt at flyweight.

“Estrada picked up the WBO title against Tsunami in dominant fashion, and that deserves a nod on the list,” said TV presenter and founder of Behind The Gloves, Michelle Joy Phelps.

Note: Results are through July 14.

How our experts voted

A way-too-early look at the USMNT depth chart for 2026 World Cup
Fury is the king of boxing, inside and outside the ring, what’s next?
Maye back to UNC: ‘Could never leave this place’
Bradley, Froch headline boxing’s ’23 HOF class
Sources: Valdez, Navarrete to vie for title Feb. 3