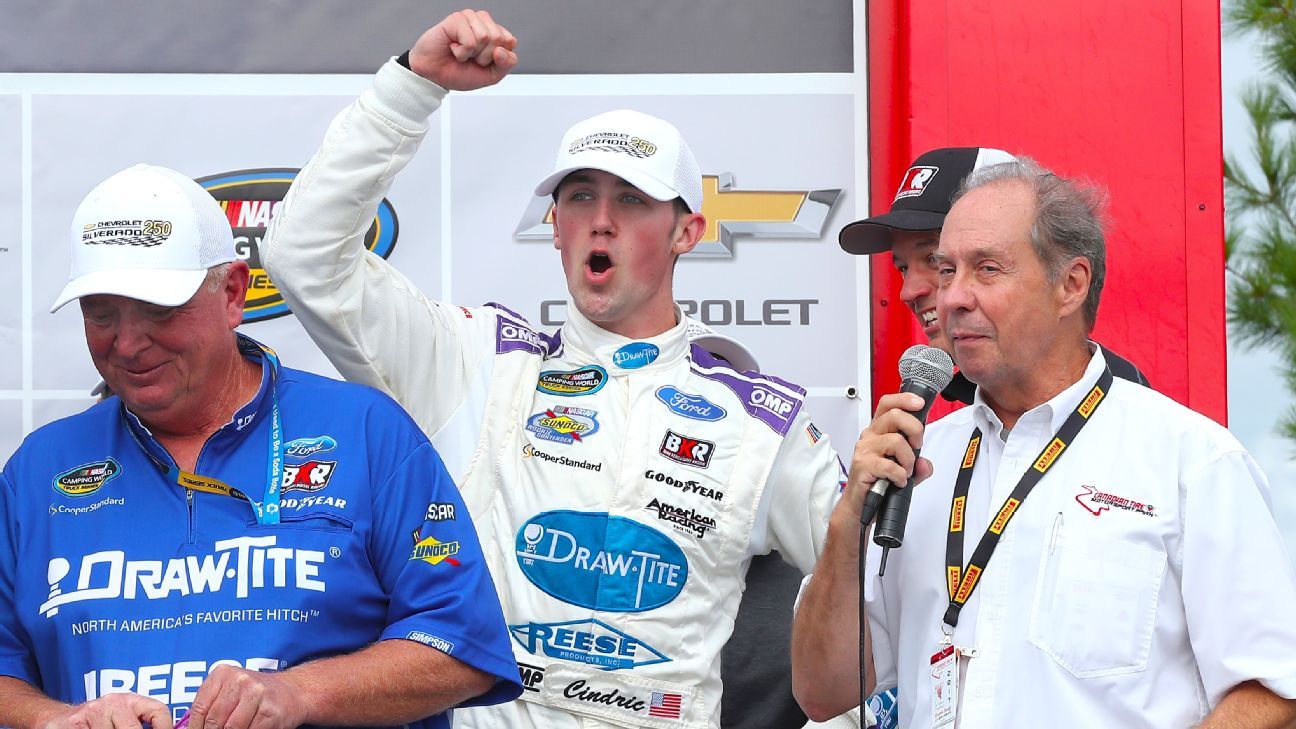 Roger Penske announced last year the reigning Xfinity Series champion would move to the Cup Series in 2022 but in the car fielded by Wood Brothers Racing in a technical alliance with Team Penske. The team confirmed Thursday that Keselowski is leaving at the end of his 12th season with the organization, opening the iconic seat for Cindric.

“Austin is a champion and has proven his abilities both on and off the track,” team owner Penske said. “The Cup Series is a big step for any rookie but making this move now, in conjunction with the introduction of the new NextGen car, makes sense.”

Keselowski has not announced his 2022 plans as of Thursday but he’s presumed to be moving to Roush Fenway Racing with an an ownership stake in that organization.

In a statement posted to Twitter, Keselowski wished Cindric and Team Penske “all the best in this next chapter.”

“I extend my sincerest gratitude to the entire 2 crew for their commitment and work over these past 12+ years. I know they will continue to do great things together with Austin at the wheel,” he said.

“Making the decision to part ways with Team Penske to embrace a new opportunity and challenge was a difficult one, and one I did not take lightly. I know that I am leaving in a good place though, and I am both excited and eager to share the details of what’s next for me soon,” he said. “Right now, my focus remains on winning more races in 2021 and giving it my all to take down our second Championship.”

Cindric was to replace Matt DiBenedetto in the No. 21 Ford for the Wood Brothers. That seat will now go to Xfinity Series driver Harrison Burton.

Burton is the 20-year-old son of retired racer and NBC Sports analyst Jeff Burton. He won four races last season and is currently fifth in the Xfinity Series standings.

Cindric, 22, is the son of Team Penske president Tim Cindric. He has 12 career Xfinity victories and is leading the championship standings. Cindric has already made six Cup starts this year in preparation for next season.

“The No. 2 car is iconic to this sport and is a number that represents the foundation of this team,” Cindric said. “It is a great honor and a great responsibility to continue that role.”

The shuffling puts DiBenedetto out of a ride after two years in the No. 21. He made the playoffs last season and had hoped to keep his seat with Keselowski’s impending departure.

Keselowski gave Penske his first NASCAR Cup title in his third season with the organization. A perennial title contender, Keselowski has 35 career victories and is currently 10th in the standings but has a playoff-qualifying victory.

He heads to Sunday’s race at New Hampshire Motor Speedway as the defending race winner.