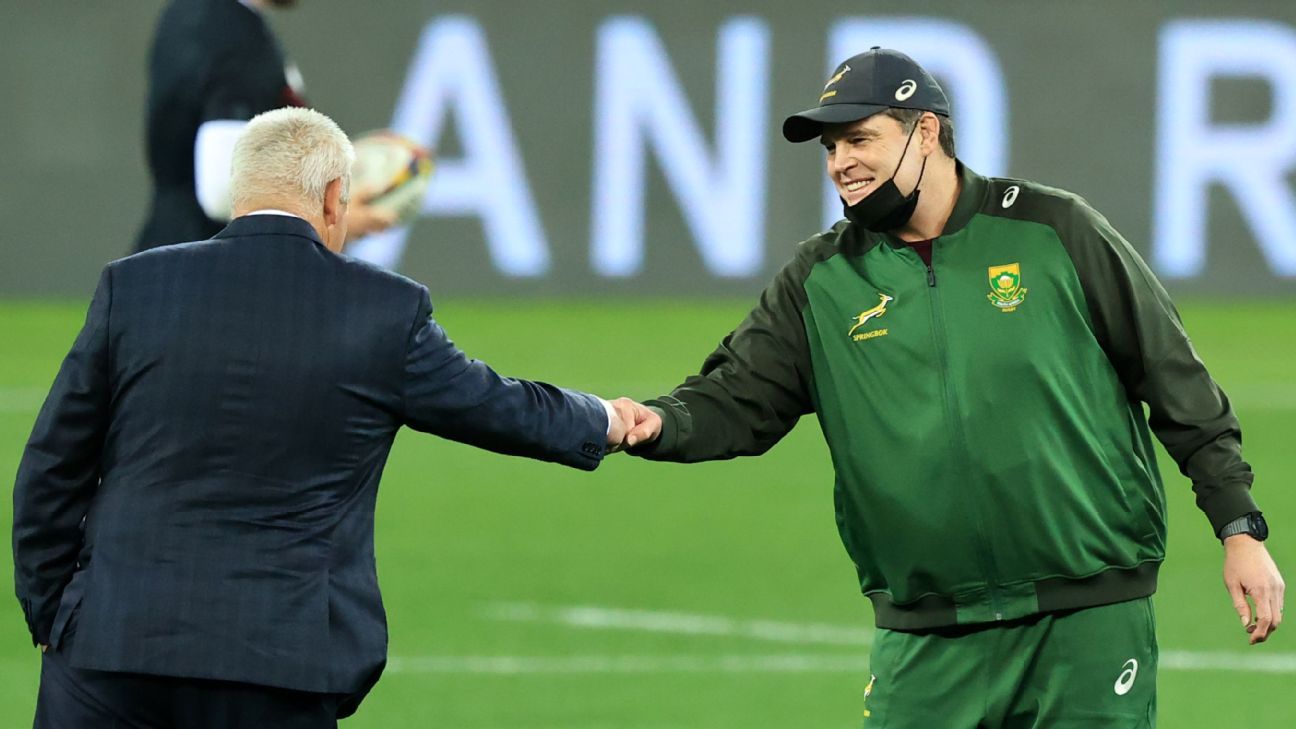 British & Irish Lions coach Warren Gatland has accused South Africa’s Director of Rugby Rassie Erasmus of “trying to wind us up” after he insinuated the tourists were scared to face South Africa ‘A’ again on Saturday.

Erasmus, who is “good friends” with Gatland, has tried, unsuccessfully, to get a second clash against the visitors for his Bok side on Saturday, with the undercooked hosts having played one test since lifting the World Cup in November 2019.

A strong South Africa ‘A’ selection beat the Lions 17-13 on Wednesday in Cape Town and Erasmus wants to play them again at the same venue this weekend to help his squad prepare for the three-match test series that starts on July 24.

The Lions will instead play local franchise the Stormers, while South Africa have lined up a fixture against the Pretoria-based Bulls. Both games will be in Cape Town.

“I think he was just trying to wind us up by saying we were scared, which he is sometimes capable of doing,” a bristling Gatland told reporters on Thursday.

He then went on to accuse Erasmus of gamesmanship for his role as a water carrier in Wednesday’s match.

Gatland added: “Last night he was the water-boy and running around the pitch (giving instructions), but if you are the water-boy, I think you have to make sure you are carrying water.

“I don’t understand what his role was. You don’t run onto the pitch giving messages if you are a water boy without water.”

Gatland also reiterated that the Lions had gained confidence from match, despite the defeat, ahead the test series.

He added: “We are pretty excited, it was a physical game and we will be pretty pumped for next week. We know what is coming, I think they (South Africa) will have some sore bodies today.

“We worked on some things, our maul defence (was good), I thought we scrummed pretty well. From an attacking perspective we probably weren’t as clinical as we could be, we know there were some opportunities we left out there.

“I thought we looked really strong and fit in the second half. The guys were pretty bullish in the changeroom afterwards thinking we can win this series.

“He (Erasmus) put out pretty much his top side against us, which is good, we have had a good look at them. I don’t see it as our role to prepare them for the test series.”