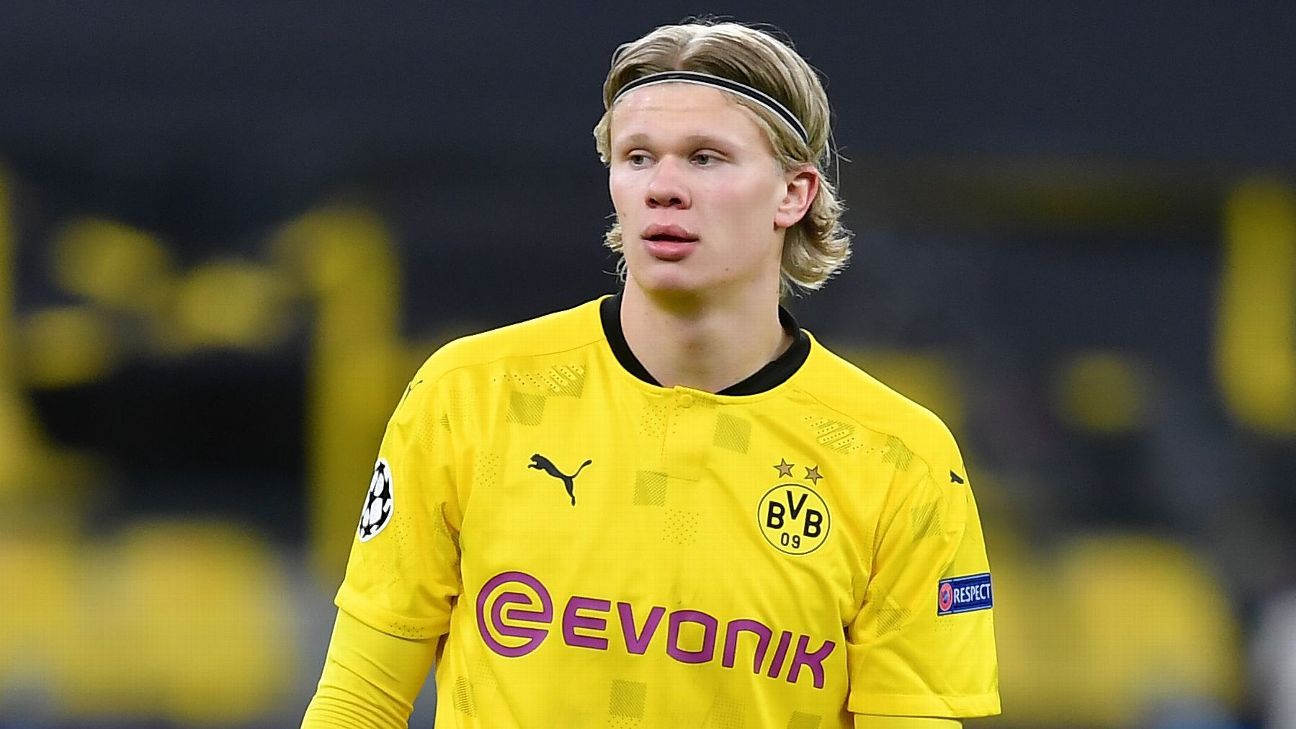 Euro 2020 and the Copa America are over and the summer transfer window is open, leaving Europe’s biggest clubs clear to make a splash in the market. Check out the latest gossip below, and see all official deals here.

Chelsea‘s pursuit of Borussia Dortmund striker Erling Haaland is heating up with the club prepared to offer Tammy Abraham as part of a deal to bring the Norway striker to Stamford Bridge.

That’s according to The Mirror, which writes that the Blues value Abraham at around £50 million, which would see an offer of £100m, plus Abraham, pitched toward Dortmund this week.

The Bundesliga side are believed to consider Chelsea’s valuation of Abraham as excessive, and they would be reluctant to let Haaland go after Jadon Sancho completed a move to Manchester United earlier this month.

The 23-year-old Abraham scored six goals in the Premier League from 22 appearances last season and was cast out of the squad after failing to impress coach Thomas Tuchel. While Aston Villa and West Ham are reportedly keen on securing the signature of the striker, Chelsea are expected to hold out until Dortmund make a final decision over their £150m-valued star.

– AC Milan are set to offer Franck Kessie a new contract amid interest from the Premier League, says Fabrizio Romano. The midfielder has been linked with a number of clubs, including Arsenal and Juventus, but it is believed that Milan see the Ivory Coast defensive midfielder as a key part of the squad, with director Paolo Maldini stating, “He is part of our future,” when speaking on the status of the 24-year-old.

– Paulo Dybala‘s representatives will meet with Juventus as they look to resolve the forward’s contract situation. Calciomercato writes that Massimiliano Allegri sees the Serie A star as part of the project for next season. And despite suggestions that a new contract for Cristiano Ronaldo could leave Dybala in the dark, reports now say that the 27-year-old could be set to stay in Turin as the club prepare an attempt to regain the title from Internazionale.

– Liverpool have turned down the opportunity to sign Ozan Kabak from Schalke 04 for a fee of £8.5m. Goal says that the German club are desperate to offload the centre-back as they prepare for life in the second division. Kabak spent last season on loan at Liverpool, and despite some strong performances, Jurgen Klopp’s side went on to sign centre-back Ibrahima Konate from RB Leipzig.

– AC Milan have turned down a €40m approach from Paris Saint-Germain for left-back Theo Hernandez. That’s according to Tuttosport, which says that Milan do not want to part ways with the defender this summer. The Frenchman scored eight and assisted seven goals in 42 appearances last season for Milan across all competitions.

– Sassuolo are keen on recruiting Liverpool’s Marko Grujic this summer, writes Gianluca Di Marzio. The Italian club are reported to have already been in touch with the Premier League side over the transfer of the midfielder as a replacement for Manuel Locatelli. Grujic signed for Liverpool from Red Star Belgrade in 2016 but has been unable to nail down a place in the first team. The Serbia midfielder spent last season on loan at FC Porto.

– The Telegraph reports that Newcastle United are close to agreeing to a deal for Arsenal’s Joe Willock. Manager Mikel Arteta claimed that the midfielder was a part of plans for next season, but reports say that the 21-year-old would be keen to make a return to Tyneside after a successful loan spell last season. Chelsea’s Conor Callagher is also rumoured to be on Steve Bruce’s radar. The 21-year-old midfielder spent last season on loan at West Bromwich Albion, starting 28 times in the Premier League.