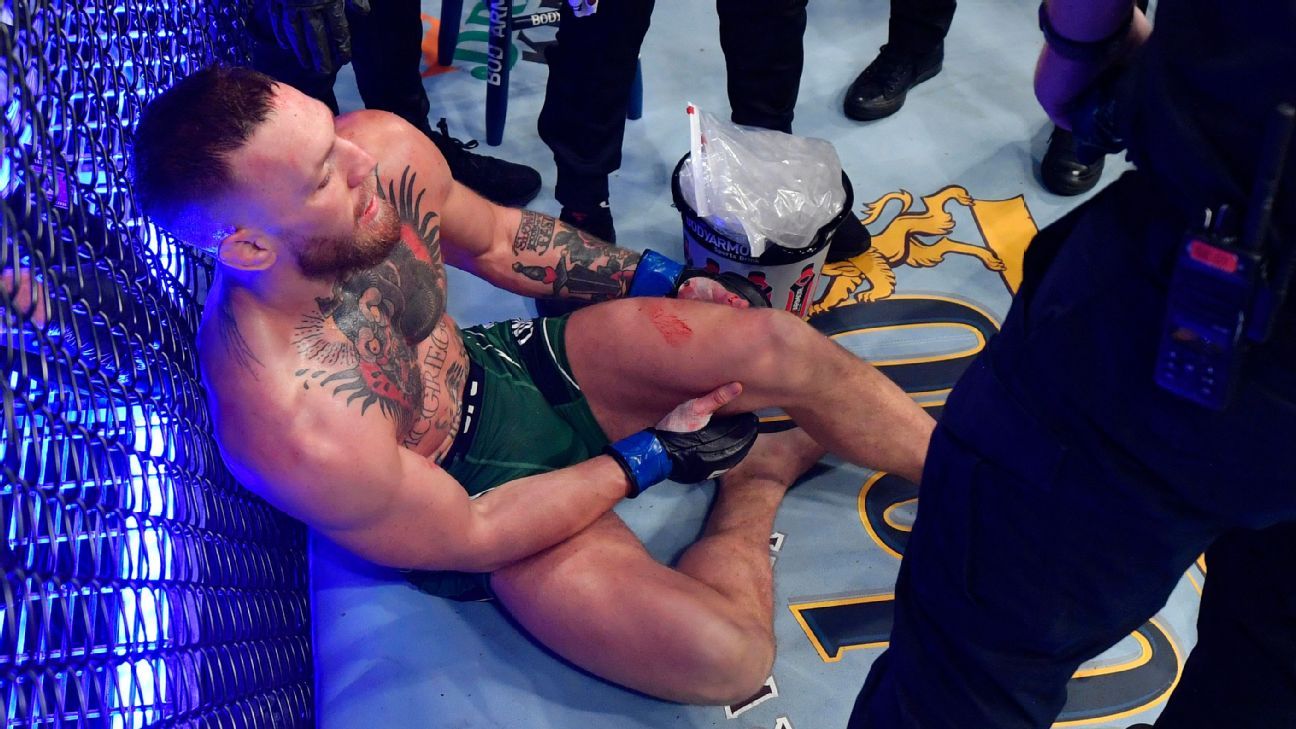 Conor McGregor said he went into last weekend’s MMA trilogy against Dustin Poirier with “multiple stress fractures” in his left leg — the same leg that broke in the final seconds of the opening round.

McGregor (22-6) lost to Poirier at UFC 264 on Saturday in Las Vegas. The official result was a TKO defeat at the end of the first round due to a doctor’s stoppage. McGregor’s lower left leg snapped as he stepped backward after throwing a punch at the very end of the round.

On Thursday, McGregor posted a video on social media in which he claimed the leg was already compromised going into the bout.

“I was injured going into the fight,” McGregor said via Instagram. “People are asking me, ‘When was the leg broke? At what point did the leg break?’ Ask Dana White. Ask the UFC. Ask Dr. [Jeff] Davidson, the head doctor of the UFC. They knew I had stress fractures in my leg going into that cage. It was debated about pulling the thing out.”

The UFC did not immediately respond to a request for comment. The Nevada State Athletic Commission, which oversaw the contest, also hasn’t yet commented on the matter.

In recent days, many have speculated on when the injury occurred. Poirier, who improved his record to 2-1 against McGregor, said he thought McGregor injured the leg when he threw a kick earlier in the fight. Poirier even pointed at the leg as soon as McGregor landed the kick. Earlier this week, McGregor’s coach, John Kavanagh, claimed McGregor went into the fight with an injured ankle.

McGregor, 33, and his team said he underwent successful surgery on his leg on Sunday, “repairing fractures of his tibia and fibula.” McGregor added via social media, “6 weeks on crutch and we build back.”

The UFC star expanded on the details of the surgery in his most recent post.

“So, something like this happened, [I am] getting exactly what I needed, and what I needed was a titanium shin bone. Now, I have a titanium rod from my knee to the ankle, and the doctor says it’s unbreakable.”

Former UFC middleweight champion Anderson Silva underwent the same procedure in 2013, after he broke his leg during a title fight against Chris Weidman. Silva returned from the injury a little more than one year later and went on to fight seven more times in the UFC. He was 38 when he suffered the injury.

McGregor has sworn his rivalry with Poirier is not finished, and White did immediately express interest in eventually setting up a fourth fight between the two.