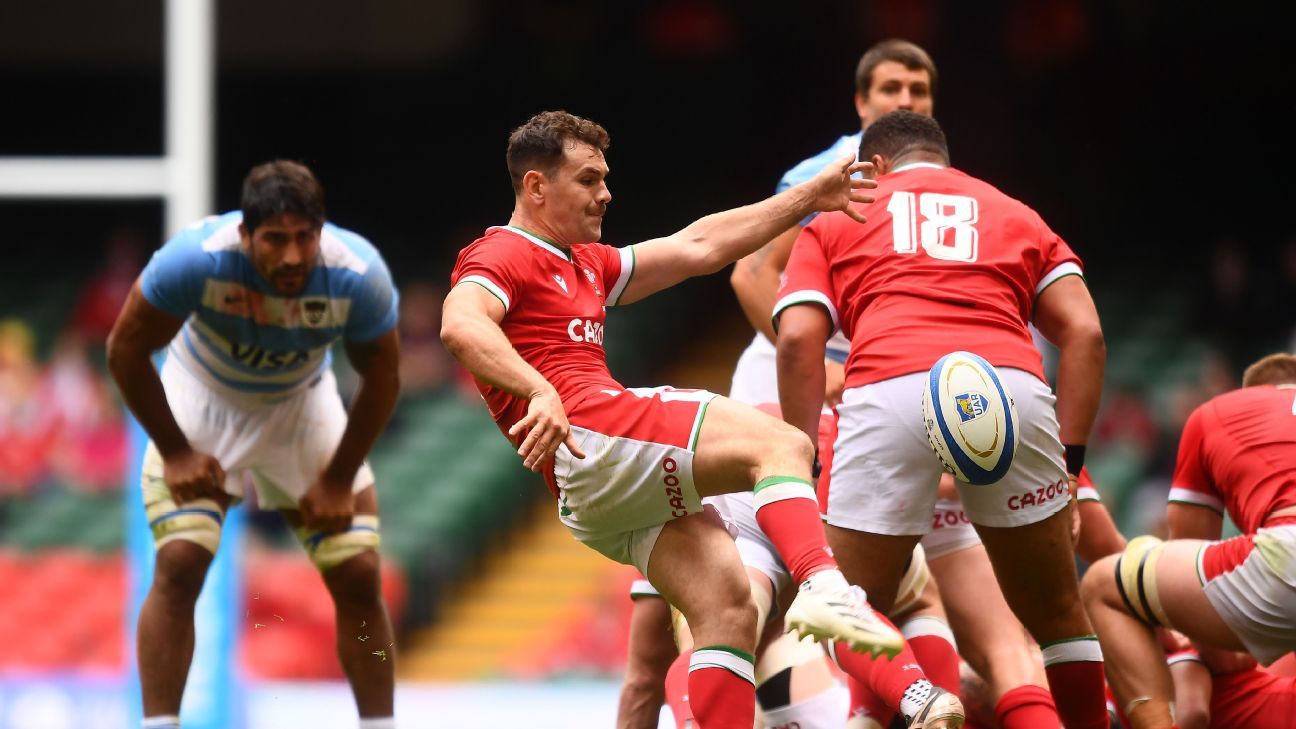 Tomos Williams has been recalled to the Wales starting XV as one of seven changes by coach Wayne Pivac for their international with Argentina in Cardiff on Saturday.

The scrum-half impressed off the bench in last weekend’s 20-20 draw between the sides, and will form a half-back pairing with Cardiff teammate Jarrod Evans.

Wing Tom Rogers earns a second cap in a back three that also includes Hallam Amos and Owen Lane, while Nick Tompkins has been recalled to partner captain Jonathan Davies at centre.

Prop Gareth Thomas makes a first start in a front three in the scrum alongside Leon Brown and Elliot Dee. Flanker Josh Turnbull replaces the injured Aaron Wainwright with Ross Moriarty moving to No. 8.

“We have freshened the squad up a bit, giving others an opportunity to impress and they are eager to make a big impression,” Pivac said in a media release from Welsh Rugby on Thursday.

“It is another exciting opportunity to face a quality outfit and we can still win the series, which would be a great way to finish our season.

“We were all frustrated after drawing last weekend and felt we left a number of opportunities out on the pitch.”