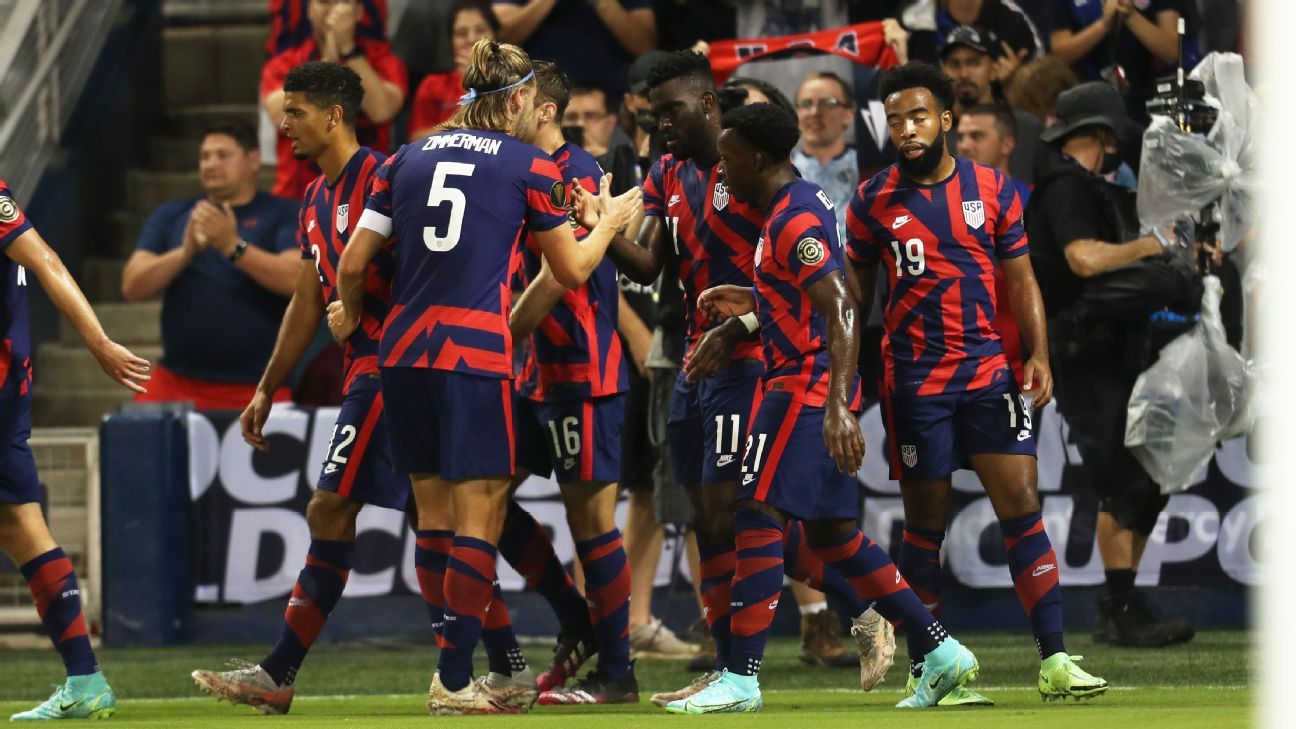 The United States rode a pair of Daryl Dike goals to an easy 6-1 win over Martinique to book a spot in the knockout rounds of the 2021 Gold Cup on Thursday night in Kansas City.

Dike opened the scoring for the U.S. with a glancing header from a nice cross into the box from Matthew Hoppe.

A Martinique own goal led to the second for the Americans, when after a goalmouth scramble and a near miss from Gianluca Busio the ball trickled into the net off of defender Samuel Camille.

The U.S. started hot after the break with Miles Robinson scoring before Dike netted his second to put the Gregg Berhalther’s side up 4-0 before the hour mark.

Emmanuel Riviere scored from the penalty spot to get Martinique on the scoreboard, but Gyasi Zardes offset that strike soon after with a clinical shot on the back of a nice team move to restore the four-goal lead for the U.S.

Nicholas Gioacchini added further gloss to the scoreline, finishing a close-range shot from a Busio cross to make it 6-1 in favor of the U.S.

Next up for the U.S., sitting second in Group B, is a match against Canada on Sunday that will determine who advances as winners. with both teams already assured of a spot in the knockout rounds.