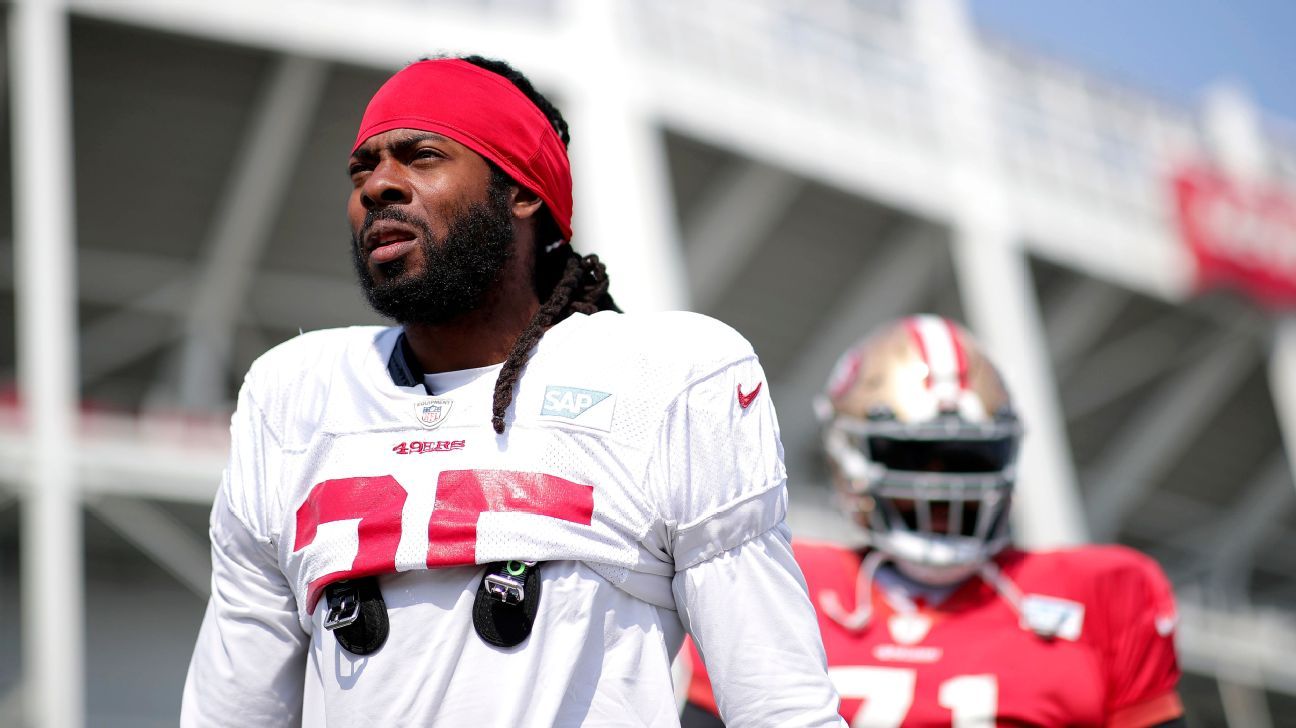 Judge Fa’amomoi Masaniai also ordered Sherman not to drink alcohol or do drugs and he is not allowed to have contact with his father-in-law as part of his conditions to be released. Sherman also is not allowed to possess a weapon.

Sherman, who did not appear before the judge in Thursday’s hearing and was represented by his attorney, was released without bail after prosecutors had requested bail of $10,000 be set.

“I see Mr. Sherman as a pillar in this community. He’s a business owner, a husband, he’s a father. I’m going to release Sherman on his own promise to return to court,” Masaniai said during the hearing, according to KING 5 News.

King County prosecutors did not ask Masaniai to consider the felony charge of burglary domestic violence that the free-agent cornerback was booked for at 6:08 a.m. Thursday after he was arrested for allegedly trying to break into his wife’s parents’ residence.

Sherman’s next hearing is set for 2 p.m. PT on Friday. He does not have to be present for the hearing and can be represented by his attorney.

King County prosecutors are still reviewing law enforcement documents and have not made a decision on whether to pursue charges. A charging decision is expected as soon as Friday, according to a spokesperson with the King County Prosecuting Attorney’s Office.