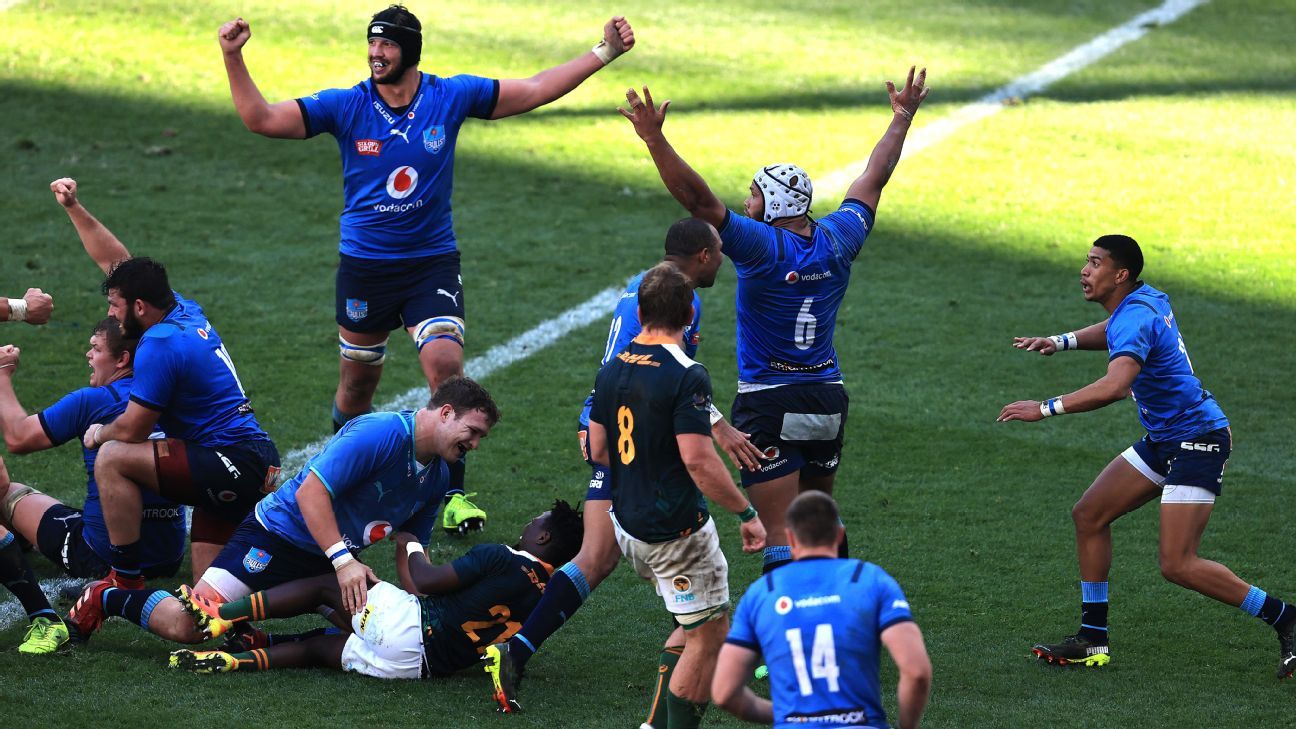 South Africa A were handed a 17-14 defeat by the Bulls on Saturday as the majority of the Springbok’s fringe players got a much-needed run out but failed to impress before next weekend’s first test against the British & Irish Lions.

First half tries from Aphelele Fassi and Wandisile Simelane had the shadow Springboks 14-0 ahead at halftime, but the Bulls struck back in the second half with tries in quick succession from winger Keagan Johannes and hooker Johan Grobbelaar to level the score.

Substitute fly-half Chris Smith then slotted over a long range penalty five minutes from time as the game changed from a practice affair into a matter of pride for the Currie Cup champions.

While the game was a last chance for squad members to make a bid for places in the South Africa side for Saturday’s test, it was Bulls fly-half Johan Goosen who stole the show.

The 28-year-old was playing a first game for the Bulls after returning from six years in French club rugby, and he displayed the flair and guile that made him an international at the age of 20.

The hastily arranged scrimmage at the Cape Town Stadium came after a bid by South Africa’s Director of Rugby Rassie Erasmus to get a second game for South Africa A against the touring Lions was turned down by coach Warren Gatland.

South Africa A beat the Lions in Cape Town on Wednesday and wanted another game on Saturday to better prepare for the tests after 14 players and six staff tested positive for COVID-19 earlier this month, causing the cancellation of a warm-up test against Georgia and leaving their 45-man squad isolating in their hotel rooms for five days last week.

The Bulls missed out on a game against the Lions last weekend when they were also beset with COVID-19 cases and were unable to field a team to take on the tourists in Pretoria.