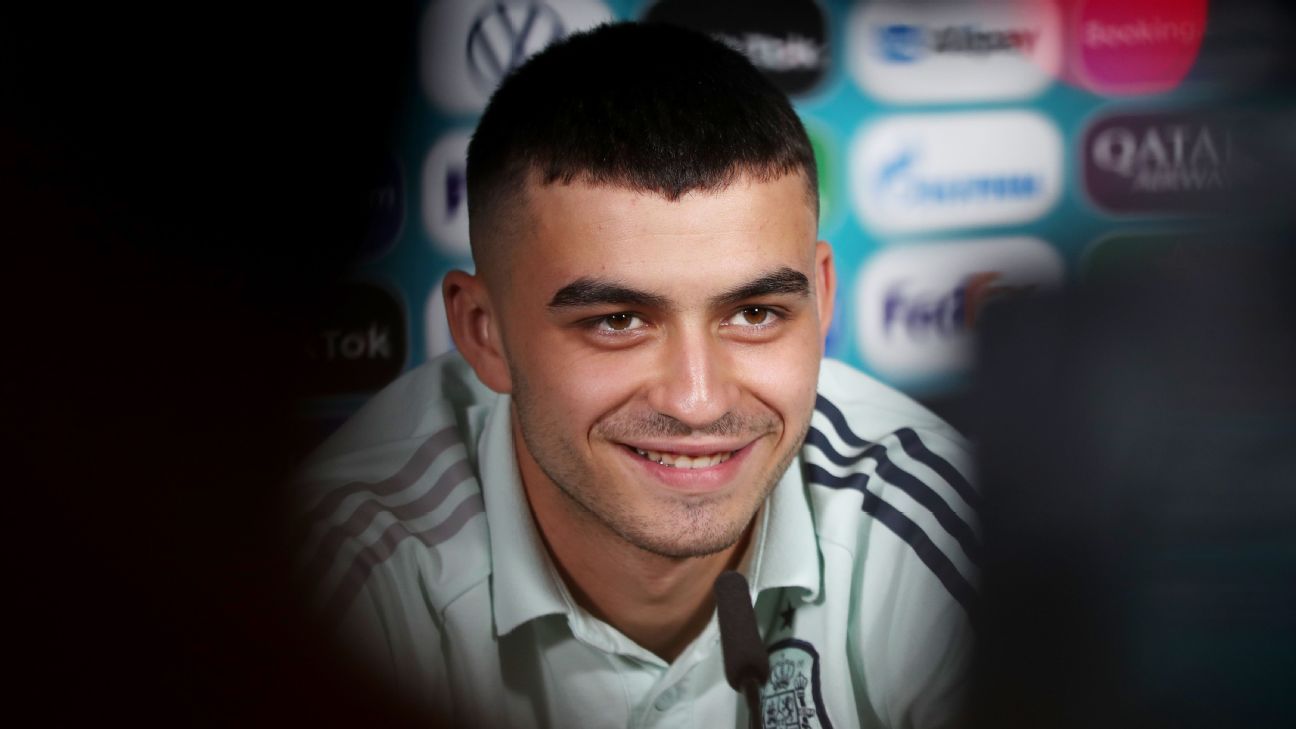 On Sunday night, Italy and England met at Wembley in the final of Euro 2020. (Italy won on penalties, but you knew that already.) On Saturday, Argentina beat Brazil at the Maracana in the final of the Copa America. It’s hard to imagine much better finals or better stages — although a Maracana with only 6,500 fans in a stadium that holds nearly 80,000 did feel empty — to end these tournaments with a crescendo before the curtain finally falls, leaving us to go off and forget it all for a while. Apart from all those transfers that won’t happen, of course.

Real Madrid are already back in training. Atletico Madrid are too. And so are Barcelona. Some of their players are, anyway — mostly the ones you haven’t really heard of. Meanwhile, down the east coast from Barcelona, a load of players you have heard of — more players than you’d usually expect to have heard of in a team like this — are training in Benidorm. That said, they’re not so much back in training as they never stopped training.

On Monday morning, they caught a flight for Kobe, Japan. When they got to the airport, they were met by six other footballers joining them for the journey. You’ll have heard of them too. You’ve spent the past month watching them; it’s not been long since they played in a semifinal of the Euros. On July 21, having moved on from Kobe to Sapporo, goalkeeper Unai Simon, defenders Eric Garcia and Pau Torres, midfielders Pedri and Dani Olmo, forward Mikel Oyarzabal and the rest of the Spanish Olympic team will start on their journey in search of a gold medal.

There are no guarantees of success, but coach Luis de la Fuente, who is also the Spanish under-21 coach, openly accepts Spain’s billing as favourites in the 16-team men’s tournament. Spain will begin in a group with Egypt, Argentina and Australia.

Looking at the side he’s got, that’s not entirely surprising. At the Olympics, football teams are limited to U23s, plus three overage players. In Spain’s case, that means — in addition to the six who faced Italy — Oscar Mingueza, Marc Cucurella, Martin Zubimendi, Marco Asensio, Mikel Merino, Carlos Soler, Dani Ceballos, Bryan Gil and Rafa Mir are among the players in the side, based loosely on the Spain team that won the U21 Euros in 2019.

It makes for a formidable team, and it could have been even better. De la Fuente admitted that that this was the hardest squad he’d ever had to draw up. More to the point, it was the hardest to complete. Rodrigo Moreno, Ferran Torres and Fabian Ruiz, for example, were among the players he had hoped to call up. In the end, though, Olmo was the only foreign-based player whose club (RB Leipzig) agreed to release him. Some of the Spanish clubs didn’t want to release their players, either, but they had no choice.

When it comes to Pedri, the symbol of yet another club vs. country battle, Barcelona are not happy. They’ve tried to push the Spanish football federation into leaving him out, but they won’t back down. That said, they will seek to protect him. The player who missed just one minute — yes, one — at the Euros, and ran more kilometres than anyone else at the competition, will miss rather more at the Olympics. Last season, Pedri played well over 60 games. Between July 8, 2020, away at Real Oviedo, and July 7, 2021, against Italy at Wembley, he has played 70. There has been no break — just this last week — the cycle never-ending.

There hasn’t been much of a break for most of them. Spain were knocked out of the U21 Euros at the semifinal stage by Portugal on June 3. Three days later, they were hurriedly gathered at Las Rozas and ready to replace Spain’s official European Championships squad, which had been locked down after Sergio Busquets tested positive for COVID-19 on the eve of the competition. Like a Sunday league team, the federation staff had spent the night frantically phoning footballers, rounding up a team. Some of them were already on holiday and had to return to Madrid quickly.

The gang had got back together in “record time,” de la Fuente said. On a night when 16 players made official debuts for Spain, the U21s won what should have been the senior side’s final warm-up game 4-0 against Lithuania on June 8. They then stayed at Spain’s Las Rozas HQ — joined by six senior players who were also drafted in as a matter of urgency — and worked as a parallel, reserve team just in case there was a full-scale outbreak in the Euro squad. Eventually, they were gratefully dismissed on the morning before Spain started against Sweden, handed a guard of honour on their way out.

Seven players from that U21 team are on the Olympic squad. So is Soler, one of those drafted into the “parallel Euros” squad. And then there are the six who went to the Euros. In total, 14 players who haven’t stopped, or at least not the way they’re supposed to. The reason they planned to fly around July 11 was precisely to give the players at the Euros the chance to travel with them. The departure was delayed to account for a potential final at Wembley — a desire for the six players “doing a double” to not just compete in both competitions but win both.

“We’ve not really had time to think about everything that’s happening,” de la Fuente said.

Yet one thought recurs: this is a very, very strong team. On paper, there’s no other side that can really compete with them, although as Osasuna midfielder Jon Moncayola insists: “We’re one of the favourites, but we will have to see how we adapt to the temperature and the humidity.”

They will also be playing behind closed doors after the decision was made — amid a rising coronavirus crisis in Japan — to have no spectators at any of the sports, destroying that unique sense of community the Olympics brings: in 2012, the Spanish football team requested the chance to be in the village, not isolated in a hotel.

It might not be the same, but still the opportunity remains. “This could be historic,” de la Fuente says. It could also be a building block toward something — like the World Cup in Qatar in November 2022, for a start. The fact that there are as many as six players from the Euro 2020 team travelling to the Olympics says something about how good this team should be; it also says something about how good the senior national team could get. The tournament in Japan offers another glimpse of an emerging generation that hopes to return Spain to where they belonged not so long ago.

That is a hope they rightly cling to after elimination to Italy. There is optimism amid the disappointment, a sense of achievement after the run to the semifinals, and the belief that this might be just the start. That night at Wembley, Luis Enrique suggested that Spain’s nine-year walk across the desert was finally over; the selección, he said, were “back.” Now some of them are heading for Saitama, constructing a future and going for gold.