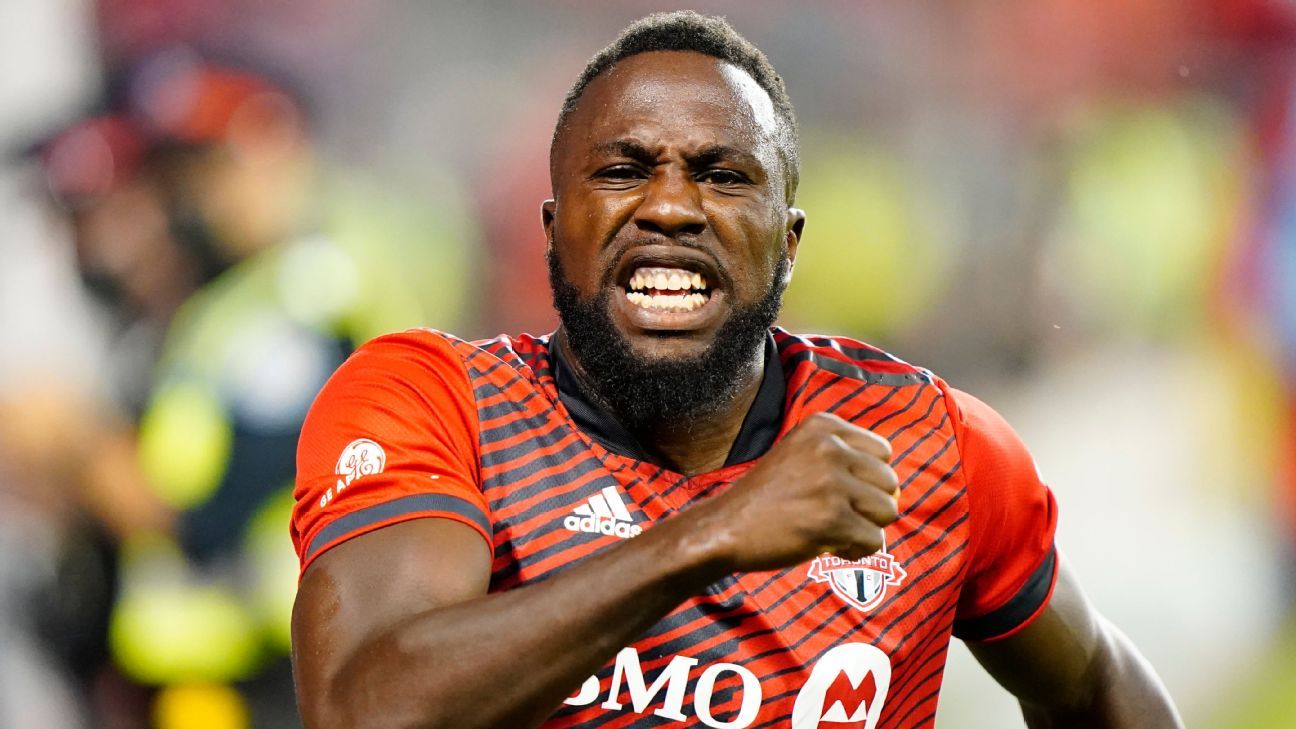 Jozy Altidore came off the bench and scored in his return as host Toronto FC played to a 1-1 draw with Orlando City SC in its first game at BMO Field in front of fans in 497 days.

Nani converted a penalty kick in the 77th minute to give Orlando City a point on the road.

Toronto had spent much of the past 16 months on the road because of coronavirus restrictions at the U.S.-Canada border, during which it played “home” games in East Hartford, Conn., and Orlando, Fla.

The Reds hadn’t played in front of their own fans since March 7, 2020.

Altidore had been asked to train away from the team since a May 22 verbal altercation with then-coach Chris Armas after Altidore was substituted for with 20 minutes to go in a 1-0 loss to Orlando City. The striker was invited back by interim coach Javier Perez, who replaced Armas on July 4.

Altidore came on in the 64th minute for Dom Dwyer and didn’t take long to make his presence felt.

In the 72nd minute, Yeferson Soteldo and Justin Morrow overlapped while driving down the left wing and Morrow sent a cross toward the top of the 6-yard box for Altidore. The second-leading scorer in franchise history went up over a defender and put a strong header over the outstretched hands of Orlando City goalkeeper Pedro Gallese, setting off a raucous celebration among the 7,000 who were allowed into the stadium because of virus protocols.

The lead didn’t last long. The Lions sent a long pass down the left wing for Benji Michel, with the ball bouncing over a defender to give Michel an opening. Toronto goalie Alex Bono charged off his line, where he collided with Michel just inside the top of the 18-yard box. Referee Marcos De Oliveira originally ruled a foul on Michel, but after a video review it was determined Bono had committed the infraction, leading to penalty kick.

Bono guessed correctly in diving to his right on Nani’s kick, but the ball bounced off the goalie’s left hand and into the net for the equalizer.