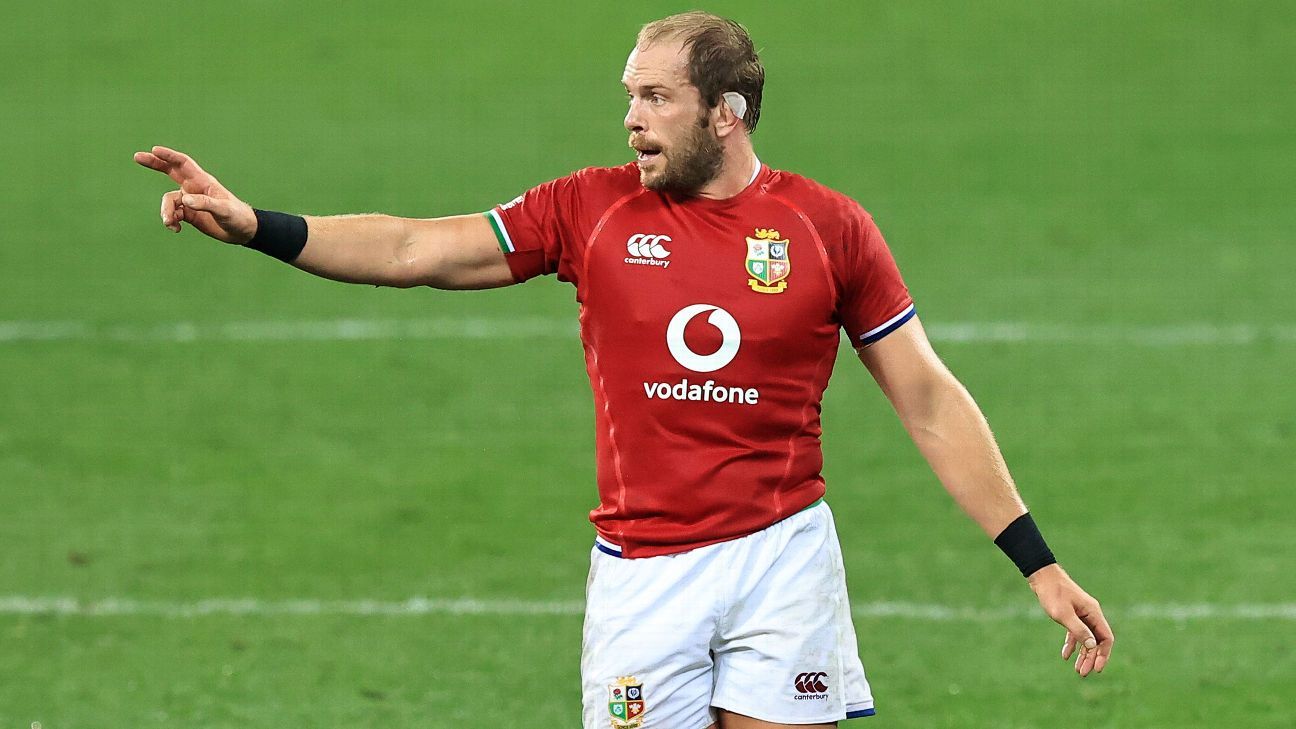 British & Irish Lions coach Warren Gatland has confirmed that Alun Wyn Jones has been reinstated as tour captain after a successful return following a dislocated shoulder.

Jones played 30 minutes as a replacement in Saturday’s 49-3 victory over the Stormers in Cape Town, a final warm-up game before the Test series against the world champion Springboks starts next weekend.

Jones only arrived back in camp on Thursday after undergoing rehabilitation with Wales and Gatland was clearly eager to test the shoulder, injured in the 28-10 victory over Japan last month, ahead of the first game against the Boks.

“I thought he did really well,” Gatland told reporters. “The big thing for him was to see how he was afterwards. I haven’t had a chance to have a proper chat with him yet, but he is fine.

“I know how hard he has worked in the last year to make the Lions squad. We will now have the discussion about the role for him in the first test, be it from the start, as a bench player or not involved at all.”

Gatland said he was not surprised by Jones’ remarkable recovery or his desire to return to fitness and play in the series.

Gatland confirmed that Jones had taken the tour captaincy back from scrum-half Conor Murray.

“Alun Wyn has come back into that role, he was named captain before his injury. Conor was happy to do it, but he is also the first to admit he was more than happy for Alun to come back and that is a measure of him as a person.

“He was not ready to give up his captain’s bedroom suite though!”

Gatland admitted there would have to be some difficult discussions around team selection for the first test in what is a competitive squad.

“There are going to be some tight calls in certain areas. The back three [full backs and wings], the loose forwards and how that mix will look. They are the tightest calls we have to make, to get the balance right.

“We will go through the process and make sure we go assess everyone. The impact the bench will have will also be important, we have to have the right players to come on.”