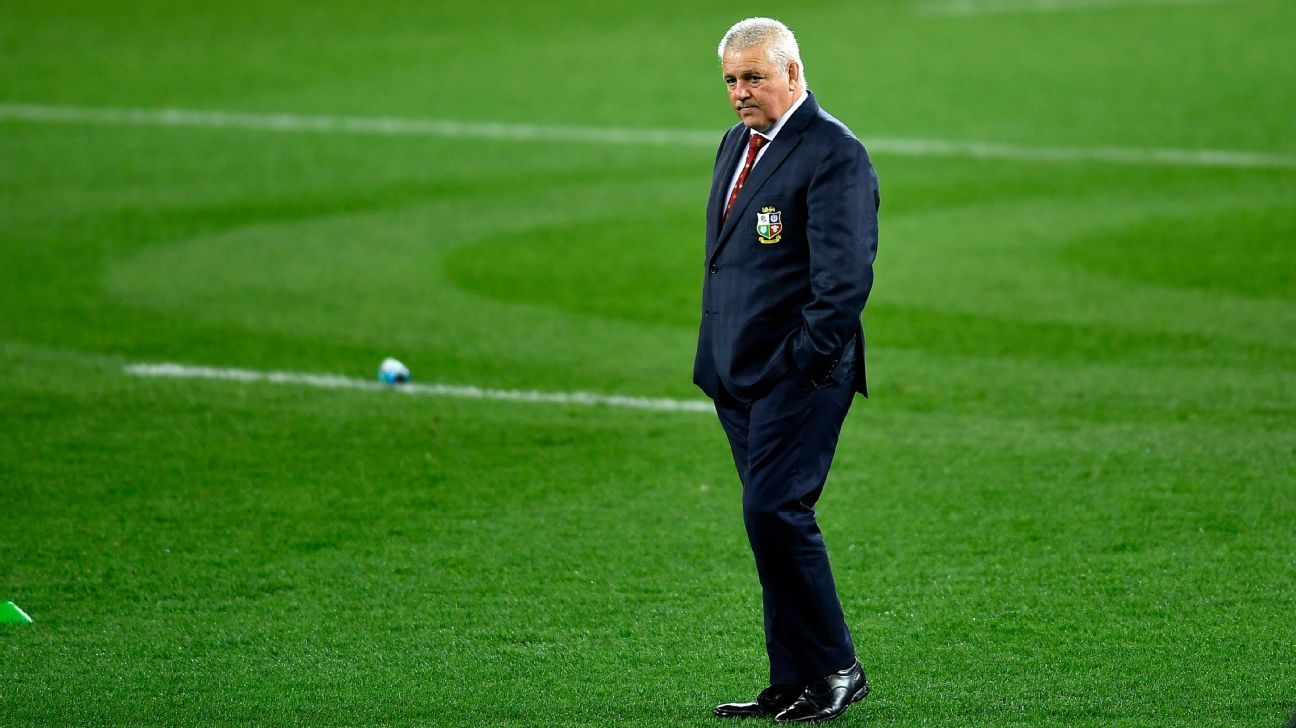 The British and Irish Lions coaching staff held a “robust” selection meeting on Sunday, but defence coach Steve Tandy said there are decisions still to be made ahead of the first test against South Africa in Cape Town on Saturday.

With fly-half Finn Russell set to miss the series opener due to injury, head coach Warren Gatland has a near full-strength squad to choose from and Tandy admitted there was fierce debate in a meeting that lasted more than an hour-and-a-half.

“It is one of the toughest things I have been involved in, so many players put their hands up, there will be massive decisions made and a lot of unlucky players,” Tandy told reporters on Monday.

“We had the initial selection meeting last night and it was a long one in fairness. There was robust discussion, but now there are just one or two things to confirm. It is mostly done.

“There will be bitter disappointment for some players, but everyone will be geared up to win the first test and those not playing will support the team.”

Tandy described tour captain Alun Wyn Jones as “fit and raring to go” after the lock came through 30 minutes unscathed in the 49-3 victory over the Stormers on Saturday, which followed his dislocated shoulder three weeks ago.

“Alun does some pretty special things. He keeps himself in great shape, so there will be no issues with that. His form coming into the tour from the Six Nations was really pleasing, and he has those leadership qualities.

“He brings energy in training and just generally around the environment.”

Tandy said Saturday’s first test could be crucial in deciding the series given the psychological boost it would give the winners.

“The opening match is massive, you get the feeling within the group how big it is, you want to get on the front foot,” he added.

“We know how important the start of the series is. It is exciting and nervy at the same time, because the Lions tour is defined by winning the series.”

“We Need To Think About How To Bat Against…”: Rohit Sharma On Defeat Against Bangladesh In 1st ODI
Sources: Sanders preparing to take Colorado job
Lightning’s Maroon mocked, donates to charity
Mayfield claimed off waivers by QB-needy Rams
Heisman finalists include 3 CFP QBs and Williams