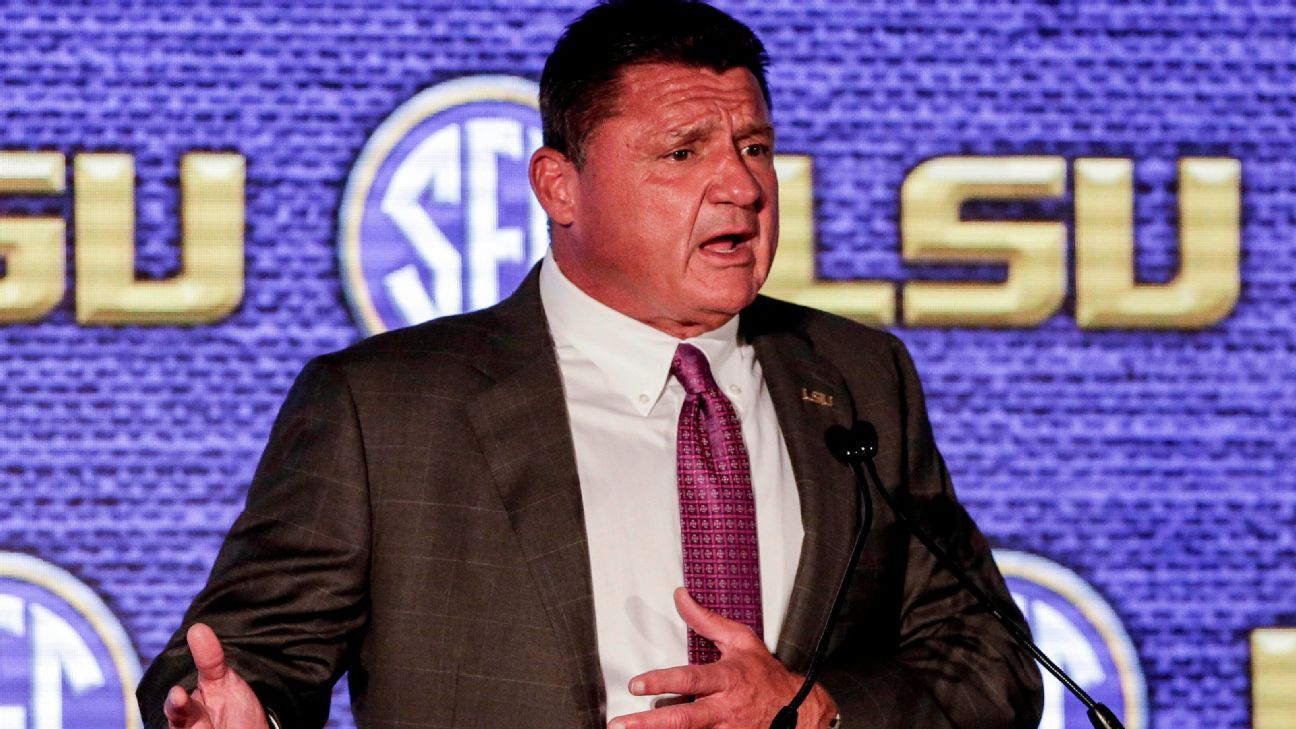 HOOVER, Ala. — LSU coach Ed Orgeron hasn’t made a decision between starting Myles Brennan or Max Johnson, but he said he believes in both players and sees them as “championship quarterbacks.”

Brennan, a senior, started LSU’s first three games last season, throwing for 1,112 yards and 11 touchdowns, before an abdominal injury sidelined him the rest of the year. In March, Brennan said he feels 100 percent healthy again.

Johnson, a freshman and the son of former NFL quarterback Brad Johnson, didn’t play meaningful snaps until later in the year, appearing in his first game against Auburn on Halloween.

But Johnson wound up starting LSU’s final three games against Alabama, Florida and Ole Miss, leading the Tigers to a 2-1 record while throwing for six touchdowns and one interception.

“Whoever wins is going to do a great job at LSU,” Orgeron said. “It’s going to be a tremendous battle, and we’ll see what happens.”

Regardless of who wins the starting job, Orgeron is doing his best to tamp down unreasonable expectations.

While LSU is returning to the same style of offense that helped it win the 2019 National Championship, bringing in Joe Brady disciple Jake Peetz as offensive coordinator, Orgeron said he doesn’t think that means anyone should look for another Joe Burrow at quarterback.

In 2019, Burrow transformed from a relative unknown into the Heisman Trophy winner and No. 1 overall pick, setting the SEC record for touchdowns along the way.

Whether it’s Brennan, Johnson or any other quarterback in college football, Orgeron said simply, “I don’t know if we’re going to see another Joe Burrow.”

LSU, which is coming off a 5-5 record last year, is scheduled to kick off the season at UCLA on Sept. 4.