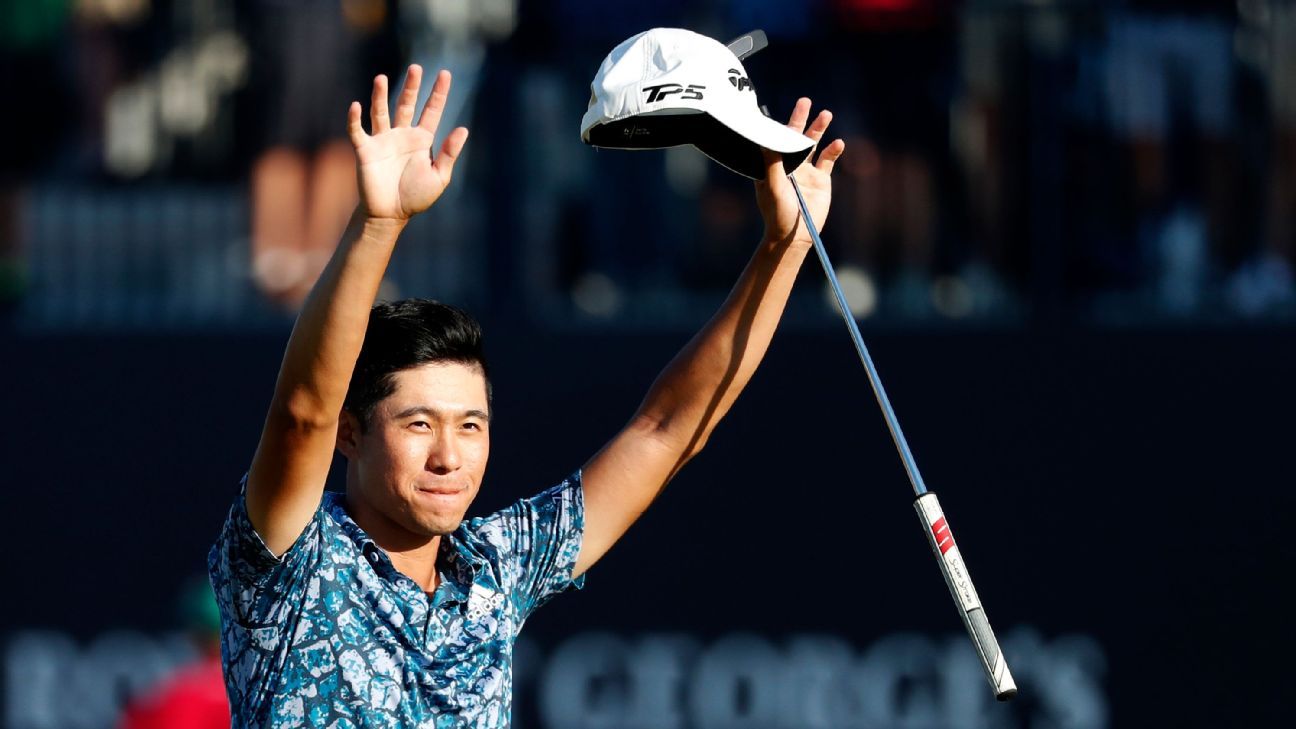 Collin Morikawa is the champion golfer of the year.

The 24-year-old American remarkably played the final 31 holes at Royal St. George’s without a bogey. Starting the final round 1 shot behind, he closed with a 66 for a 2-shot victory over Jordan Spieth.

For Louis Oosthuizen, it was more heartbreak. The South African fell out of the lead with a bunker-to-bunker bogey on the par-5 seventh hole. He was 4 behind Morikawa at the turn and never could catch up.

Oosthuizen was runner-up in the last two majors. He tied for third with U.S. Open champion Jon Rahm.

Spieth was left to rue his bogey-bogey finish on Saturday, including a 2-foot par putt he missed on the 18th. Spieth shot a 66.

Morikawa finished at 15-under 265. That’s the lowest score in the 15 times The Open has been played at Royal St. George’s.

Morikawa now has five victories in his two years since turning pro. That includes two majors and a World Golf Championship. He moves to No. 3 in the world.

The 30 key moments in Gary Bettman’s 30 years in the NHL
Trade grades: Horvat fills a need for the Islanders — but at a high cost
Debating big questions on the Bruins: Team MVP, toughest challenger, trades to make
Sources: Harbaugh, Broncos meet but no deal
Sexton returns to start for Ireland against Wales