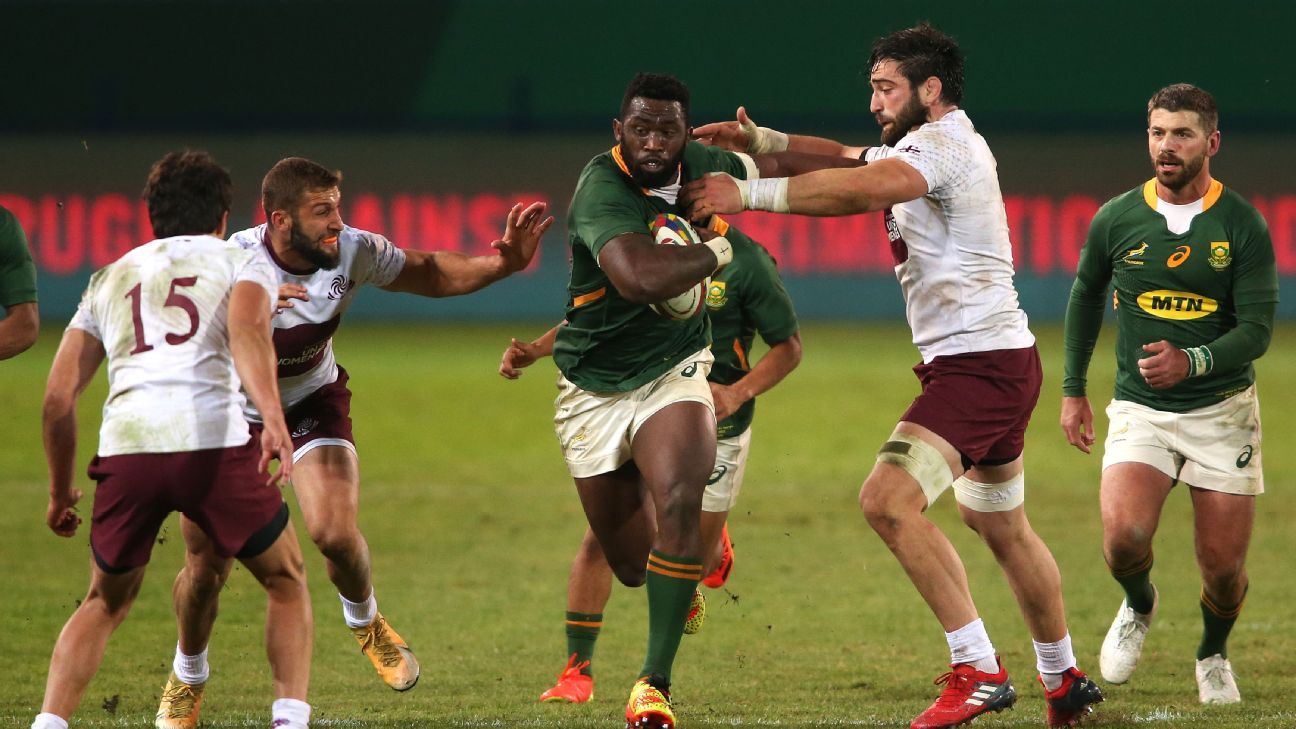 South Africa captain Siya Kolisi and winger Makazole Mapimpi have been named in the starting line-up for the first test against the British & Irish Lions after recovering from COVID-19.

Kolisi, Mapimpi and prop Ox Nche were the last group of players to report for duty at the Springbok camp in Cape Town on Monday after completing mandatory self-isolation in Johannesburg.

Coach Jacques Nienaber has selected 11 of the 15 players who started the 2019 World Cup final, opting for experience with the test in Cape Town only South Africa’s second international since that win over England.

Kolisi played in the warm-up test against Georgia on July 2 but Mapimpi’s last test cap was more than 20 months ago.

“Some of the players didn’t have symptoms at all, they have been managed according their individual needs, and they have really impressed me with their intensity and enthusiasm at training,” Nienaber said in a news conference.

“The well-being of our players is of paramount importance, so we have been working closely with the medical team to work out what would be the best course of action for each player over the three-test series.

“They are over 500 test caps in the starting line-up and that is what we looking for in terms of experience,” Nienaber added.

“It’s going to be massive game in terms of pressure, so we need players who have been exposed to that before.”

“The forward battle is going to be as tough as it gets, so it’s important that we pitch up physically and ensure that we make our presence felt in the set pieces and at the contact points,” the Boks coach added.

“This, combined with their hard-running backs, will test our defensive system, but we have been looking forward to these matches since the Rugby World Cup concluded and we have done our homework, so it is a case of doing everything at 100% and sticking to our structures.”

Meanwhile, Lions winger Anthony Watson has said the tourists will have to be ready to face Springboks winger Cheslin Kolbe.

“Whoever is up against him will just have to make sure they do their homework and the extras in training to be ready for the threats he possesses,” Watson said on Tuesday.

“Everyone is aware of his skillset and how much he can influence a game, so it is important for the wing and outside centre that is playing this week to be ready for that.

“You can also flip it on its head and try and look at where you can expose him on a one-to-one basis. It is not all just about him going forward, he also has to defend whoever is up against him.”