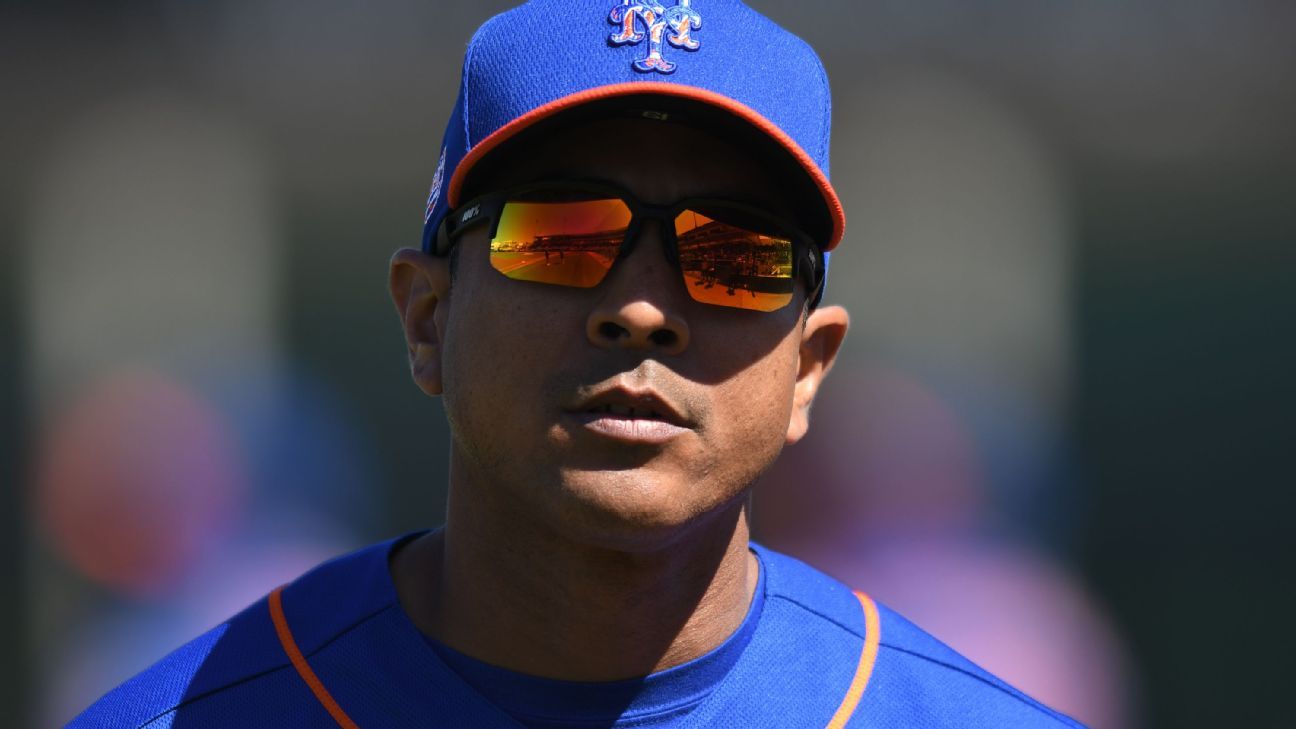 New York Mets manager Luis Rojas was handed a two-game suspension and an undisclosed fine by Major League Baseball on Monday for “excessive arguing” with umpires during Sunday’s 7-6 win over the Pittsburgh Pirates.

Rojas will begin serving the suspension during Monday’s game at Cincinnati.

Rojas was ejected in the first inning Sunday after Mets pitcher Taijuan Walker mistakenly batted a fair ball into foul territory that led to three Pirates runs and prompted a wild argument.

With the bases loaded and one out, Kevin Newman hit a dribbler down the third-base line that started out in foul territory but began spinning back toward the line.

Walker swooped in and swatted at the ball, trying to make contact while it was still in foul ground. But TV replays showed the ball was touching the chalk when Walker hit it, and plate umpire Jeremy Riggs correctly called it a fair ball.

The ball rolled toward the Pirates’ dugout, allowing all three Pittsburgh runners to come around to score.

Rojas immediately ran out to argue the call and was quickly ejected. He said he wanted the umpires to discuss it to make sure the correct call was made, even though the play was not reviewable.

“I didn’t wake up [Sunday] morning to get thrown out in the bottom of the first inning,” he said.

Sources: Kent State’s Lewis to Colorado as OC
Johnson-Moraes to headline ONE debut in US
Boxing’s best: Ranking the top 100 men
Judge to the …? Another ace signing? Our MLB winter meetings predictions and latest buzz
Sources: Lawler scratched from Ponzinibbio fight