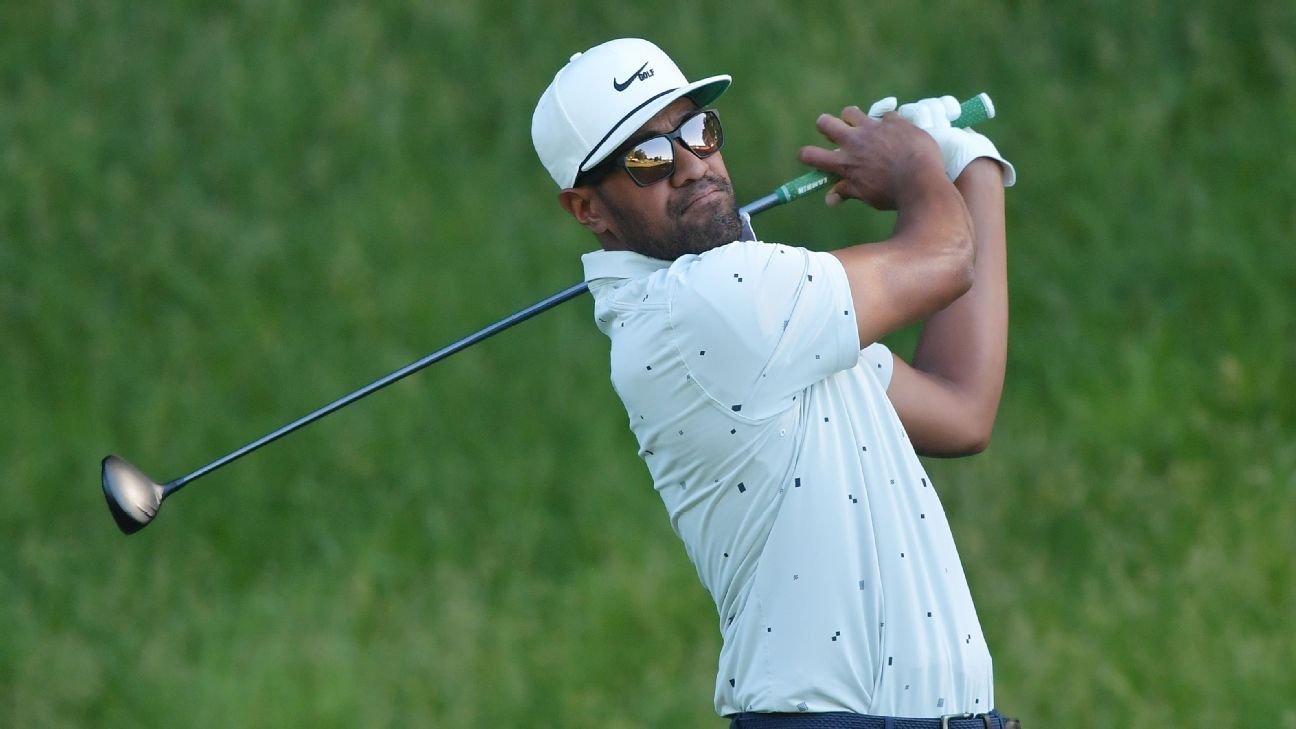 The PGA Tour heads to Minnesota this week for the 3M Open. Matthew Wolff and Michael Thompson are the previous winners of this event, respectively, but will they be a factor this week?

Which players are the favorites this time around, who offers good odds and what props are worth considering?

Bearman: That is not a typo. Yes, I am picking Tony Finau in this column to win, something I vowed never to do until he actually does. But if he is ever going to get his 2nd PGA Tour win, a bomber’s paradise vs. a sub-par field would be a logical spot. Finau has gone T-23 and T-3 in the two years of this event and had a brief share of the lead on Sunday last year before fading to 3rd. He has the game to get it done at this course as he is T-10th in shots gained tee-to-green and 25th overall. His trouble this season has been accuracy off the tee (183rd), but you can get away with it at TPC Twin Cities. After missing the cut at the U.S. Open and Travelers, Finau bounced back for a T-15 finish at The Open this past week. His lone PGA Tour win was in Puerto Rico back in 2016, and he has 39 Top 10 finishes since, 5th-most on Tour and most by any player without a win according to Stats & Information’s Ryan Milowicki. He needs to hold up one of these trophies and this course and field are ripe for him to do so.

Bearman: I went back and forth on how to play Tringale this week. He comes in with decent form, having a T-26 over in Sandwich last week and a T-14 at the Rocket Mortgage, which was our previous birdie-fest track to this week’s 3M Open. His metrics are all pretty solid, not top ranks, but 47th in T2G, 27th total and 21st in putting. His performance off-the-tee, which is 108th on Tour, is a concern for me, based on how I am capping some other picks. What pushed me towards him this week is his past performances in weaker fields and on other TPC courses this year. Starting with the fields, he has four Top 10s this year, all at events with what you’d consider sub-par fields (RSM Classic, Pebble Beach Pro-Am, Valero Texas and Valspar). On TPC courses this year, he has gone T-19 (Summerlin), T-17 (Scottsdale), Cut (Sawgrass), T9 (San Antonio), Cut (River Highlands). So 3 Top 20s and 2 MCs. Further back in his career, he’s had runner-up finishes at TPC Louisiana and TPC Summerlin. His best performance last year? Right here at TPC Twin Cities, with a T-3.

Bearman: Ok, who stole my computer? First Finau and then Sergio, two guys I love to fade, but am on this week. Garcia, who is coming off back-to-back Top 19s at the U.S. Open and Open Championship is 18th in Shots Gained T2G and 3rd on Tour in Off-the-tee, which will be a key stat this week at the 7,500 yard TPC Twin Cities course that has close to 30 water hazards, five sharp doglegs and over 70 bunkers. Garcia is also 16th in distance this year and 15th in hitting greens, which will help this week as the TPC Twin Cities course that is good for long hitters and has below average size greens. Sergio comes in with decent form, with four straight Top 20s worldwide, rebounding from a bad stretch that saw him miss the cut in four straight events, including the Masters and PGA Championship. Then there is the Ryder Cup narrative. Garcia is not currently an automatic qualifier and, while likely a Captain’s pick from Paddy Harrington, should leave nothing to chance. A few good events heading in should seal the deal.

Marks: Fowler is on his way back. He shot a final round 65 last week at The Open, and can pick up where he left off on this track. He hits it a mile and his putter has been behaving.

Marks: Ghim is another great ball striker, sporting 25th in SG: Tee-to-Green, 16th in SG: Approach, and 6th in scrambling. All metrics that matter this week.

Marks: Finau finished T-3 here last year, so you know he can go low. He comes into the Twin Cities hot, after finishing T-15 at The Open last week, hitting over 75% of GIR. Finau ranks 10th SG: Tee-to-Green this season and he putts well on bent grass.

Marks: Bubba did not go to The Open last week, and should be fresh! His game is on point, sporting five top-20 finishes in his last six tournaments.

Bearman: There’s a lot to like about the 28-year old from Argentina. He’s 44th T2G, 45th total, 33rd off-tee and also 5th in hitting greens, a key stat we are looking at this week. Putting has been a weak spot this year, but he putted great at St. George’s last week en route to a T-12 finish. The problem with Grillo is his lack of consistency from week to week and sometimes from round to round as evidenced by his 70-64-72-68 showing at The Open. He’s your true boom or bust guy, who has 11 top-25s this year (four top 10s) to go along with eight missed cuts. Prior to his T-12 at The Open, he had two consecutive missed cuts after a T-8 at Colonial. He also finished T-3 here last year in his only appearance. With a decent tee game and outstanding iron play, if Grillo can hit some putts, this could be a boom weekend… but if not, can also be the bust so tread carefully.

Bearman: A 65-67 weekend over in England got MacIntyre a nice T-8 finish and closer to special temporary membership status on Tour. The lefty has shown up on some of the biggest stages, with a T-12 at the Masters, making the final 16 of the match play and last week’s top-10 at The Open. He also finished T-18 the week before at the Scottish Open. He has climbed up to 48th in the Official World Golf Ranking and close in the standings for a Ryder Cup spot for Team Europe. Between the special temporary membership and Ryder Cup spot, MacIntyre has a lot to play for vs. this sub-par field.

Co-hosted by Joe Fortenbaugh and Tyler Fulghum, Bet is available for live and on-demand viewing on the ESPN App and on ESPN’s social media feeds on YouTube, Facebook and Twitter. Watch

Bearman: Last year in this spot, I took Howell at an 80-1 longshot and almost got it as he finished 3rd, three shots back of winner Michael Thompson. “Chuckie 3-Sticks” has been in contention in both events at TPC Twin Cities, dropping off in 2019 with a final round 71. All eight of his rounds have been par or better here. His not-so-good recent form is stopping me from taking him anywhere but for a top 20 as he only has one top 10 this season and hasn’t finished higher than T-18 since April. His success at this course, plus the fact he putts much better on bent grass, leads me to take a shot on him this week at a 3-to-1 return.

Marks: Bradley is an elite ball-striker, and they thrive here. He ranks 6th in SG: Tee-to-Green, and 4th in SG: Approach. If his flat stick was hotter, I’d pick him to win!

Marks: Lebioda is familiar with this course, having played here twice, and finishing in the top 34 or better both times. He ranks 24th in SG: Putting, and 3rd in scrambling.