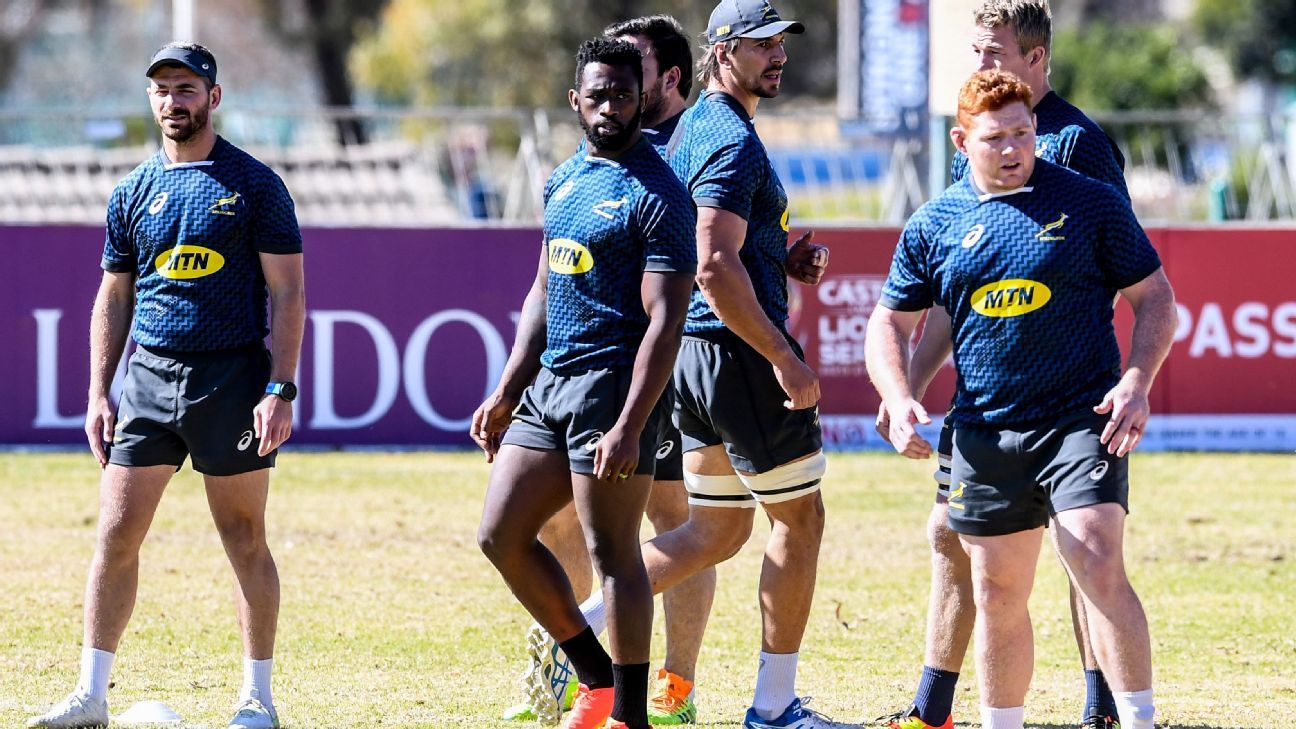 All three tests between world champions South Africa and the British & Irish Lions will be played in Cape Town, officials confirmed on Tuesday, wary that the risks associated of a return to the altitude of the Highveld are too great.

The second and third tests in the series were due to be staged in Johannesburg, but with South Africa experiencing a third wave of COVID-19 infections driven by high numbers in the Gauteng province, the decision has been made to remain in Cape Town beyond Saturday’s first test.

“The data pointed in only one direction,” South African Rugby chief executive officer Jurie Roux said in a statement.

“The series has already been significantly disrupted by COVID-19 and a return to Gauteng at this time would only increase the risks.

“We now have two teams in bio-secure environments without any positive cases or anyone in isolation. To now return to the Highveld would expose the series to renewed risk.”

Ben Calveley, managing director for the British & Irish Lions, said they were in full agreement.

“We are fully supportive of this decision which we believe to be in the best interest of the test series,” he said.

All three tests will be played in front of empty stands with South Africa in Level 4 lockdown, its second most severe category.

The Springboks have been hardest hit by COVID-19 cases, having had 14 players and six staff members, including coach Jacques Nienaber, contract the virus.

Most are now clear of infection ahead of the first test at the Cape Town Stadium this weekend, and although the Springboks are at a disadvantage with a lack of game time, they are confident of success according to hooker Bongi Mbonambi.

“We are at a bit of a disadvantage in terms of game time against top-tier rugby teams but it’s one of the realities of COVID,” he told reporters.