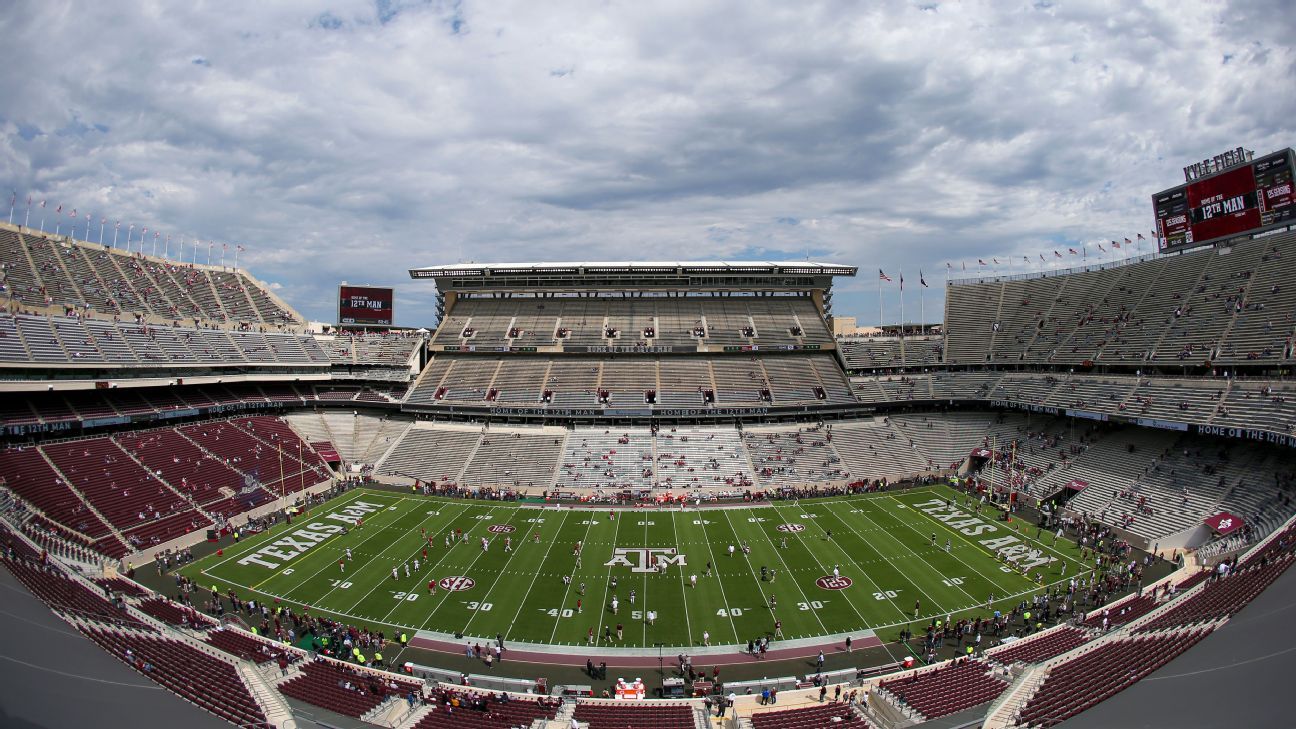 HOOVER, Ala. — Texas A&M athletic director Ross Bjork is standing up for his school after a Houston Chronicle report that Texas and Oklahoma have reached out to the SEC about joining the conference.

The newspaper cited an unnamed college official and said an announcement could come within a couple of weeks.

“Speculation always swirls around collegiate athletics,” a Texas spokesman said in a statement in response to the Chronicle report. “We will not address rumors or speculation.”

Bjork said he will be “diligent in our approach to protect Texas A&M.”

“We want to be the only SEC program in the state of Texas,” Bjork said. “There’s a reason why Texas A&M left the Big 12 — to be stand-alone, to have our own identity.”

Bjork said he and fellow SEC athletic directors had not discussed bringing Texas and Oklahoma into the conference. The athletic director also said he was unaware of any language in Texas A&M’s deal with the SEC that would prohibit the league from adding another team from the state.

SEC commissioner Greg Sankey said he was worried about the 2021 season and didn’t directly address what he described as a “report from unnamed people.”

“I’m not going to comment on speculation,” Sankey said.

One potential obstacle for such a move, at least any time soon, is that Oklahoma and Texas signed a Big 12 grant-of-rights agreement, in which they granted their first- and second-tier media rights for football and men’s basketball to the conference through June 30, 2025. That means the Big 12 would still own those schools’ media rights for those sports — even if they are no longer members — until the agreement expires.

The Big 12’s TV contracts with ESPN and Fox also expire in 2025. The Longhorn Network’s deal with ESPN goes through 2031.

Texas A&M coach Jimbo Fisher said, “I bet they would,” when asked what he thought about the possibility of Texas and Oklahoma seeking to join the conference.

“I just worry about A&M, you know what I mean?” Fisher said. “Listen, we have the greatest league of all. … I don’t know how I feel about it.”

ESPN’s Mark Schlabach and Heather Dinich contributed to this report.