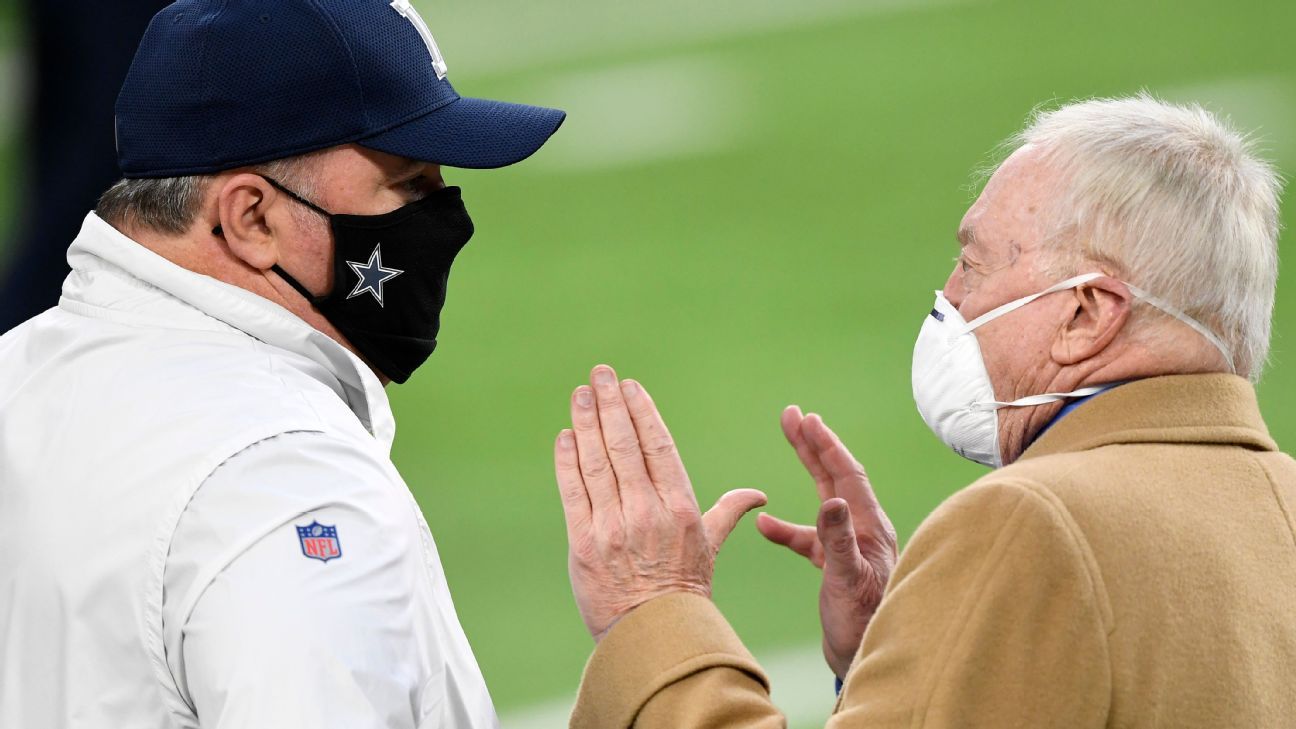 OXNARD, California — The Dallas Cowboys will open training camp under stricter COVID-19 protocols because they did not reach the 85-percent threshold, but owner and general manager Jerry Jones does not believe it will impact the players’ preparedness for the regular season.

“My opinion is it will absolutely will not limit us in any way, the issue of vaccination, will (not) limit us in any way as to being competitive as early as when we play Pittsburgh in the first preseason game,” Jones said at the opening press conference of training camp, adding, “When people say, ‘Where do you think you stand right now with vaccine relative to your team and as it pertains — this comes to my mind — the competition, and I think we’re one of the leaders.”

Jones indicated as few as five players have not made a pledge to get vaccinated at present, and a portion of players are “in the pipeline” toward becoming fully vaccinated, a number that would help the Cowboys reach the mark.

Executive vice president Stephen Jones noted the four weeks between the first shot and full vaccination for not being able to pinpoint an exact date. With 90 players on the roster, 77 need to be vaccinated to reach the current threshold.

“I don’t know that the 85 percent has been totally negotiated yet,” Stephen Jones said. “I think it’s a work in progress, but, yes, I do think we’ll hit that threshold and more.”

Stephen Jones credited the players for listening to the information the team made available regarding the vaccine.

“They understand that everybody was recommending the vaccine, in and around the country but they really did their homework,” Stephen Jones said. “They had a lot of great questions. We provided them with lot of education, a lot about the science and I think they were able to get their hands around it.”

The Cowboys’ coaching staff is fully vaccinated, according to Jerry Jones, but Mike McCarthy said he told his players he needed some convincing early on before getting the shot.

“Frankly, I shared my own personal experience where the facts that I was not particularly 100 percent on board with the vaccination, but through the relationships that we’re fortunate to have in the medical community, you watch, you listen. I think that same approach was given to our players,” McCarthy said. “We just wanted to make sure they had all the facts … Really the position of where we were numbers-wise in my opinion was more about timing.”

Hall of Fame wide receiver Michael Irvin was critical of the Cowboys for not reaching the threshold, questioning their commitment to winning.

“Michael Irvin is the best example that I know of how much will and how much body language and how much of heart and sacrifice mean to winning championships. He is that. So when he talks I listen. I know that,” Jerry Jones said. “And I think he has a good reputation with the current group of players because of his visibility and his activity with the network where he is as an individual. So he comes with all the credibility in the world. He’s a Hall of Famer and then not only part of — because he’s a talent football player — but a big part of why he got there was that total commitment going above and beyond.

“That’s what he was trying to say. That it isn’t normal things we want from each other as players. We want everything to go above and beyond. And so I thought it was an outstanding message.”