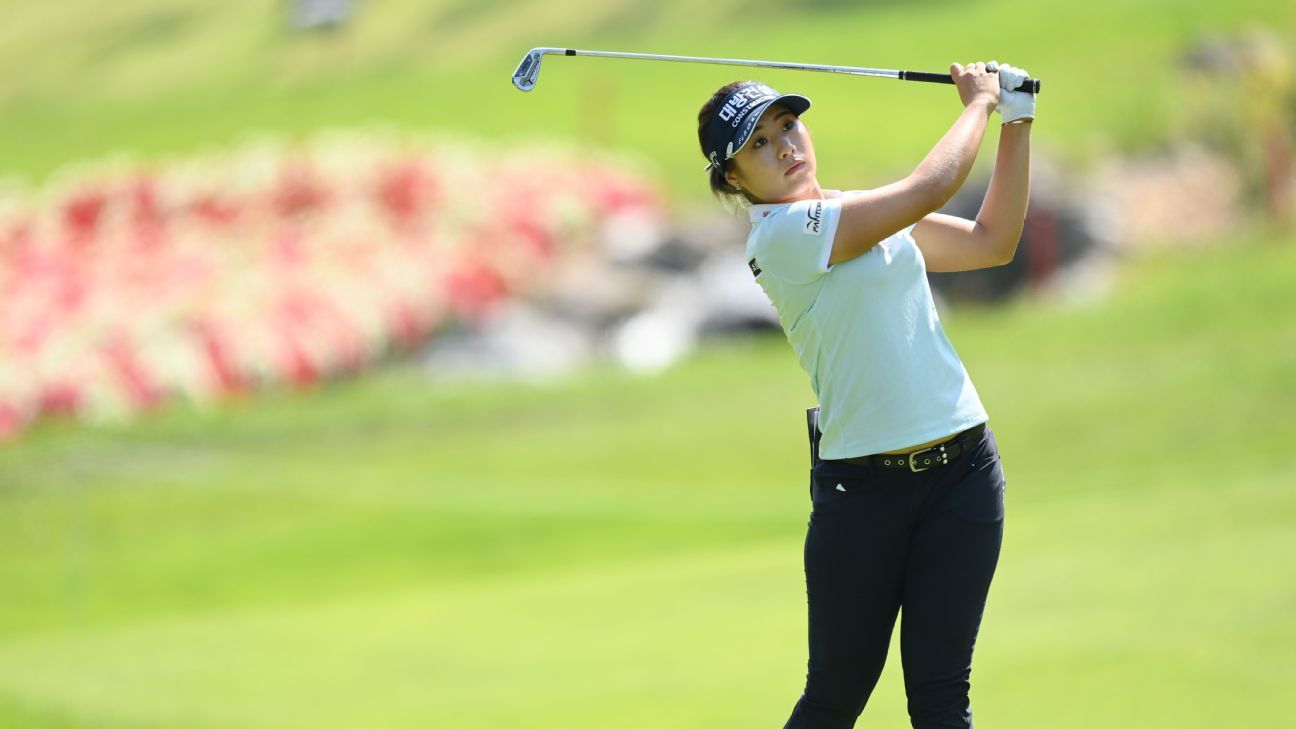 EVIAN-LES-BAINS, France — South Korean golfer Jeongeun Lee6 tied the men’s and women’s major record for the lowest round when she carded a 10-under-par 61 at the Evian Championship on Friday.

Her 36-hole score of 127 is also the lowest total in men’s or women’s major history, beating the 128 by Brooks Koepka at the 2019 PGA Championship.

Lee6 had the clubhouse lead at 15 under after her 10 birdies in the second round.

“I had a lot of birdie chances,” she said after her bogey-free round. “I could play easily. My putting was really, really good.”

Countrywoman Hyo Joo Kim first set the major record at the Evian Resort on the shore of Lake Geneva in 2014.

Lee6 made four straight birdies on Nos. 6 through 9, including a chip from the greenside rough on No. 8.

Caddie David Buhai had an easy day, because he just left her to it.

“Every putt looked like it was going to go in. It was incredible. Not one nerve. Speed was just perfect,” he said. “I had the best seat in the house, and I just kept my mouth shut. I wasn’t getting involved because she was that focused.”

Fury is the king of boxing, inside and outside the ring, what’s next?
Pens’ Letang out indefinitely after having stroke
An ace to the NL East? Two star catchers on the move? Eight trades we want to see at the winter meetings
Morocco stun Spain in penalty shootout, reach quarterfinals
England’s World Cup starts now with France a formidable quarterfinal opponent