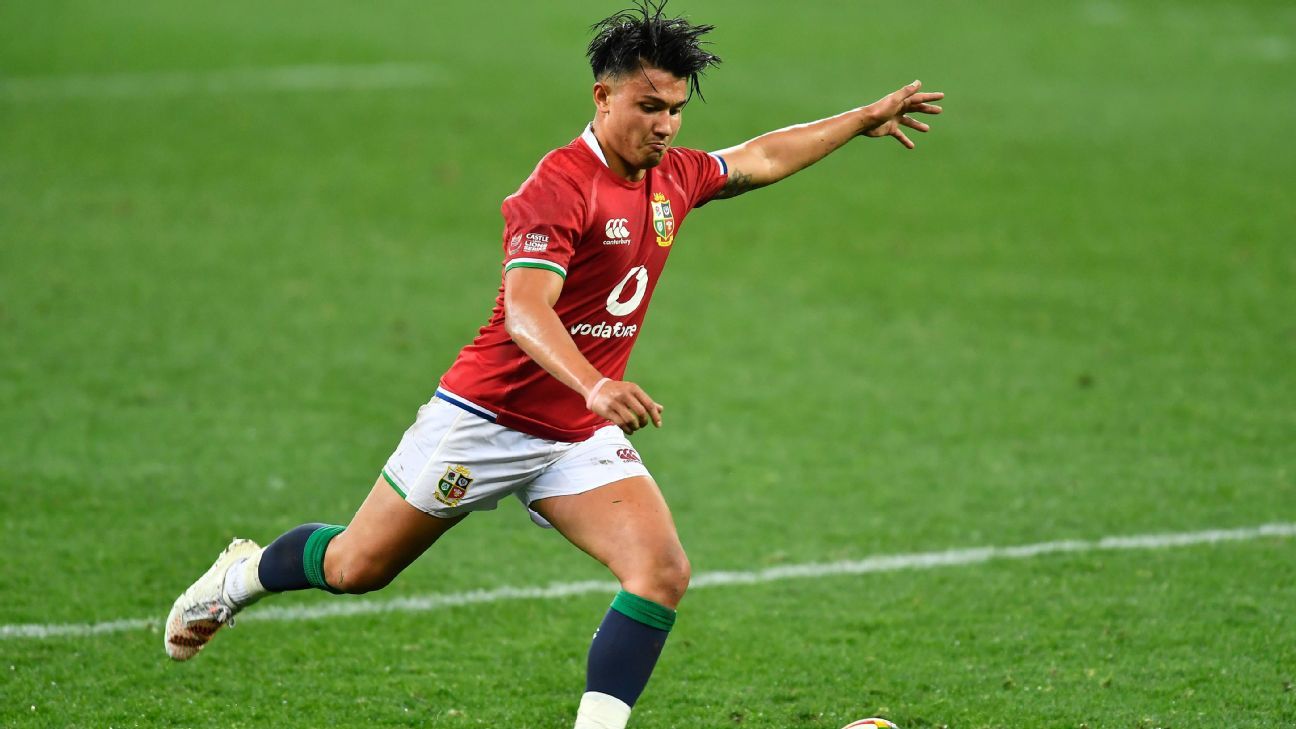 The British & Irish Lions have issued a complaint to the Irish Independent after one of its columnists, former Ireland forward Neil Francis, made an “offensive” remark about fly-half Marcus Smith’s skin colour.

Francis described the Harlequins and England star as having a “David Beckham haircut and an Oompah Loompa tan” during an edition of the Left Wing podcast.

A Lions spokesperson said: “We find the remarks offensive and have written to the Independent to express our deep dissatisfaction.”

Mediahuis Ireland, publisher of Independent.ie, said it has decided to end Francis’ contract, the publication reported on Friday.

A spokesperson for Mediahuis Ireland told the Independent: “Neil Francis’s remarks were unacceptable and he has apologised for them.

“The comments were initially released in the podcast last week but were subsequently removed by our production team a short time later. This should have happened before it was released and we apologise for the error.

“We acknowledge that Mr. Francis says his comments were inadvertent but we have decided to end our relationship with him and he will no longer write columns or contribute to our podcasts.”

A statement from Neil Francis said: “During a podcast for The Left Wing recorded on Wednesday the 14th of July I made comments about the Harlequins and England out-half Marcus Smith where I stated that he had ‘a David Beckham hairstyle and an Oompa Loompa tan.’

“I was, I suppose making comment on how backs in particular turn out when they enter the field. At all stages this is what I meant by those comments.

“Marcus Smith is of English/ Filipino heritage and some of the media comments at the moment have made mention that I have racially abused the player.

“I would never intentionally or wilfully make a comment to disparage somebody on the basis of the colour of anyone’s skin. Never! The comments have been interpreted differently from what I intended and I apologise sincerely for that.

“I fully apologise for any offence taken by the player and his family. I intend to apologise directly to him shortly if he is agreeable. I also apologise to anyone who also took offence to what I said.”

Francis’ remarks were widely circulated on social media before his comments were edited out of the podcast.

Harlequins said in a statement on Friday: “Harlequins is disgusted by racist comments made by Independent.ie columnist Neil Francis on the paper’s rugby podcast, The Left Wing, about Harlequins, England and British & Irish Lions fly-half Marcus Smith on July 14.

“The Club firmly believes that there is no room for racism in any part of society, let alone professional sport.

“Harlequins await a written reply from The Independent.ie regarding this matter.”

Smith, who joined the squad as late cover for injured Finn Russell, was not named among the 23-man Lions side to face South Africa in their series opener on Saturday.

The 22-year-old, who was born in the Philippines, made his England debut against the United States last month before earning his first career Lions appearance against the Stormers last weekend.