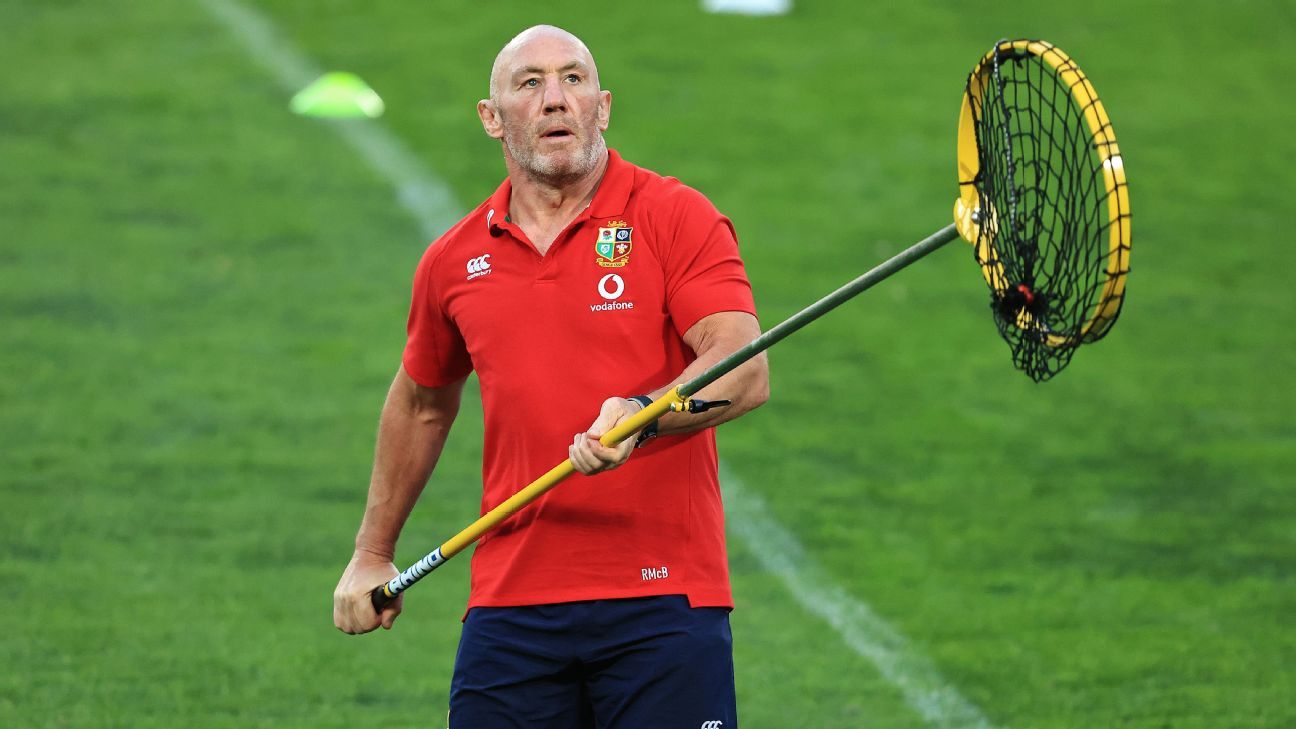 British & Irish Lions’ assistant coach Robin McBryde has said World Rugby showed a lack of thorough planning after the appointment of South African Marius Jonker as the Television Match Official (TMO) for the first test against the Springboks.

Jonker is a late replacement for New Zealander Brendon Pickerill, who did not travel for the game due to the COVID-19 pandemic, in Saturday’s first test of the three-match series.

Jonker was criticised by Lions head coach Warren Gatland after the latter felt he had missed a potential red card for Bok scrum-half Faf de Klerk in the 17-13 loss to South Africa ‘A’ last week.

McBryde said World Rugby should have had a contingency in place should one of the neutral match officials be unavailable for any of the tests, saying that “there is a slight lack of foresight” since the neutrality of the TMO position is so important.

“It was unexpected, we only found out on Wednesday,” McBryde said. “There was not a Plan B put in place. But we have to get on with it.”

But World Rugby said that they did go through various contingencies with the teams prior to the tour, and it was decided a local official was the best way forward.

“In the case of this test series, local appointments were identified prior to the tour as contingency in the event that a member of the appointed match official team was unable to participate,” the governing body said in a statement.

“All options have been explored, including having a neutral TMO operate remotely, but these were simply not viable.”

World Rugby added that there is recent precedent for non-neutral match officials to take part in international fixtures.

“In line with World Rugby’s contingency plans, when the pandemic impacts published match official appointments, the priority is always to ensure that matches can be played.

“This approach has successfully served a busy and geographically complex July 2021 window where amendments have been necessary and planned for.

“This COVID approach also operated at the 2020 Rugby Championship, where non-neutral referees, assistant referees and TMOs were appointed.”

McBryde confirmed that the Lions coaching staff had a fruitful meeting with the on-field match officials, Australian referee Nic Berry and his assistants Ben O’Keeffe from New Zealand and Frenchman Mathieu Raynal.

“We met the three officials and went through everything that has happened to date [on the tour]. They were reluctant to pass an opinion, but they are aware of it and they are confident they can come to the right decisions.

“The TMO’s say is pretty final, and so it is an important position. But I’m sure there will be no issues at the weekend. The impression I got is that they want to move on and they trust in their own communication and understanding.”

McBryde added the match officials have assured the Lions they have done their homework on the likely flashpoints in the game, which are the scrum and the Boks’ potent driving maul.

“They have done their analysis on certain individuals from both teams. They have told us to trust them that they are ready for the weekend.”