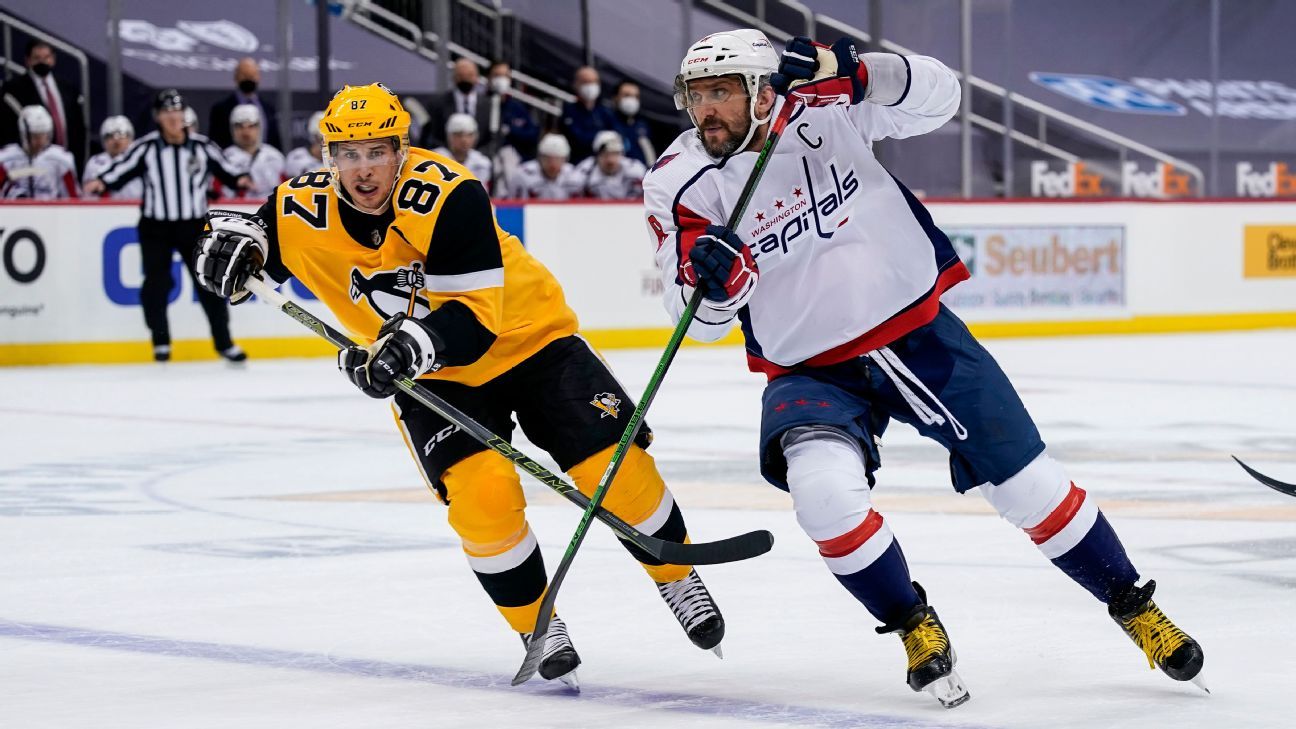 If it seems to you like the 2020-21 NHL season just ended, you’re not incorrect: the Stanley Cup was awarded on July 7 to the Tampa Bay Lightning. But the league has spun forward to the offseason and preparations for 2021-22 quickly:

And if that wasn’t enough, we now have the official 2021-22 regular season schedule, which was released on Thursday.

It can be a burden to analyze 1,312 games. So here are the matchups we have circled on our calendars, along with the schedule for the All-Star and Olympic breaks, the outdoor games, and the Kraken “Revenge Tour,” i.e. the first game each player exposed to expansion will play against his former team.

The last two expansion teams to join the NHL face off on opening night. We’ll go ahead and guess that the pregame festivities in Vegas will involve a golden knight prevailing against a CGI squid.

The Maple Leafs blew a 3-1 series lead against the Canadiens in the first round of the 2021 playoffs — then saw Montreal make it all the way to the Stanley Cup Final. That wasn’t easy for Toronto to watch. The Maple Leafs knew they were the more talented team. Toronto can’t exorcise its playoff demons until next spring, but the Leafs can get some cathartic revenge in their first game of the season.

The first regular-season home game for the Kraken at Climate Pledge Arena, and the first meeting between Seattle and its geographic rival to the north. It’ll be intense, but in the end we hope they can find common ground over a mutual love of the Seahawks.

These two heavyweights of the 2020 West Division (RIP) play only three times this season. This is the first meeting, and the only one in Denver. Avs star Nathan MacKinnon couldn’t hide his frustration after being eliminated by the Golden Knights in this year’s playoffs, Colorado’s third straight second-round exit. “I’m going into my ninth year next year and I haven’t won s—,” MacKinnon said after the series loss. “So, I’m just definitely motivated.” A MacKinnon revenge tour? Sign us up.

Because of COVID-19’s impact on the NHL’s schedule and temporary realignment last season, these two arch rivals will not have seen each other in almost two years. Their last game was in Toronto on Nov. 15, 2019. “Pleasantries” will be renewed.

The first of four meetings between these division rivals. Savor every meeting between Sidney Crosby and Alex Ovechkin that you can.

Only two games this day — Monday’s in the NHL are going to be light — but this is certainly one to catch. The Isles travel to Tampa Bay with some unfinished business, after being knocked out of the playoffs by the Lightning at the semifinal stage two straight years. In 2020, the Isles were knocked out in Game 6 overtime. In 2021, it came down to Game 7. Tampa Bay went on to win the Stanley Cup each time.

After playing their first 13 games on the road to start the season, the Islanders return home to open the new UBS Arena located right next to Belmont Park racetrack. Mass transit, about a dozen bars and a place Islanders fans can permanently call home.

The first meeting between the Stanley Cup finalists from last season. Both teams are going to be a little different, with the Lightning have some salary cap-influenced departures and the Canadiens being without injured star defenseman Shea Weber. What may not have changed: The animosity that was built up between the players in their short but emotional series.

Right before the NHL takes its annual Christmas break, we get a marquee interconference matchup between two of the top teams in the league. The Bruins are closing in on a contract extension to have winger Taylor Hall stay, and the team isn’t rushing any decisions with goalie Tuukka Rask, who is due for surgery later this month. The Avalanche may look slightly different this season if Colorado can’t come to a contract agreement with captain Gabriel Landeskog. If Landeskog leaves, you can expect GM Joe Sakic to be aggressive in free agency.

On the first day of games after the Olympic break, Connor McDavid and the Oilers travel down South to face the defending champs. It’s one of two meetings between the clubs this season. McDavid will be fresh off playing with Team Canada, while Nikita Kucherov and Andrei Vasilevskiy will have played with Russia in the tournament. Might there be some bad blood or unfinished business that spills over to this game?

No one knows what this game will mean for the Oilers or Penguins in their respective playoff races, but to have a potential Connor McDavid vs. Sidney Crosby battle with just four days left in the regular season is pretty special.

The 2022 All-Star Weekend will take place in Las Vegas, with the skills competition on Friday, Feb. 4 and the All-Star Game on Saturday, Feb. 5 at T-Mobile Arena. The last night of regular-season action before the break is scheduled for Wednesday, Feb. 2.

Subject to reaching agreement with the NHL Players’ Association and the International Ice Hockey Federation on all outstanding issues, the NHL has agreed to pause from Feb. 7-22, 2022 to accommodate player participation in the Olympic Games in Beijing. If the NHL players head to the Olympics, the regular season resumes on Feb. 23.

The Winter Classic, postponed from the 2020-21 season, is played at Target Field in Minneapolis between these two division rivals. New Year’s Day in the Twin Cities sounds lovely!

The Lightning play in their first ever outdoor game, and the Predators host their first Stadium Series contest in this interconference game. The game will be held at the home of the NFL’s Tennessee Titans, Nissan Stadium.

When the Golden Knights hit the ice in 2017-18, there was extra motivation when a player would take on the team that left him exposed for the expansion draft. With the Kraken voyaging down a similar path this season, these are the games we have circled as the first matchup between players selected in the expansion draft and their former teams.

Note that the Kraken won’t have a “revenge game” on behalf of Tyler Pitlick against the Arizona Coyotes, as he was traded to Calgary on Thursday.

A seven-part, behind-the-scenes docuseries going on and off the ice and in locker rooms for an all-access pass during the pursuit of the Stanley Cup. Watch on ESPN+