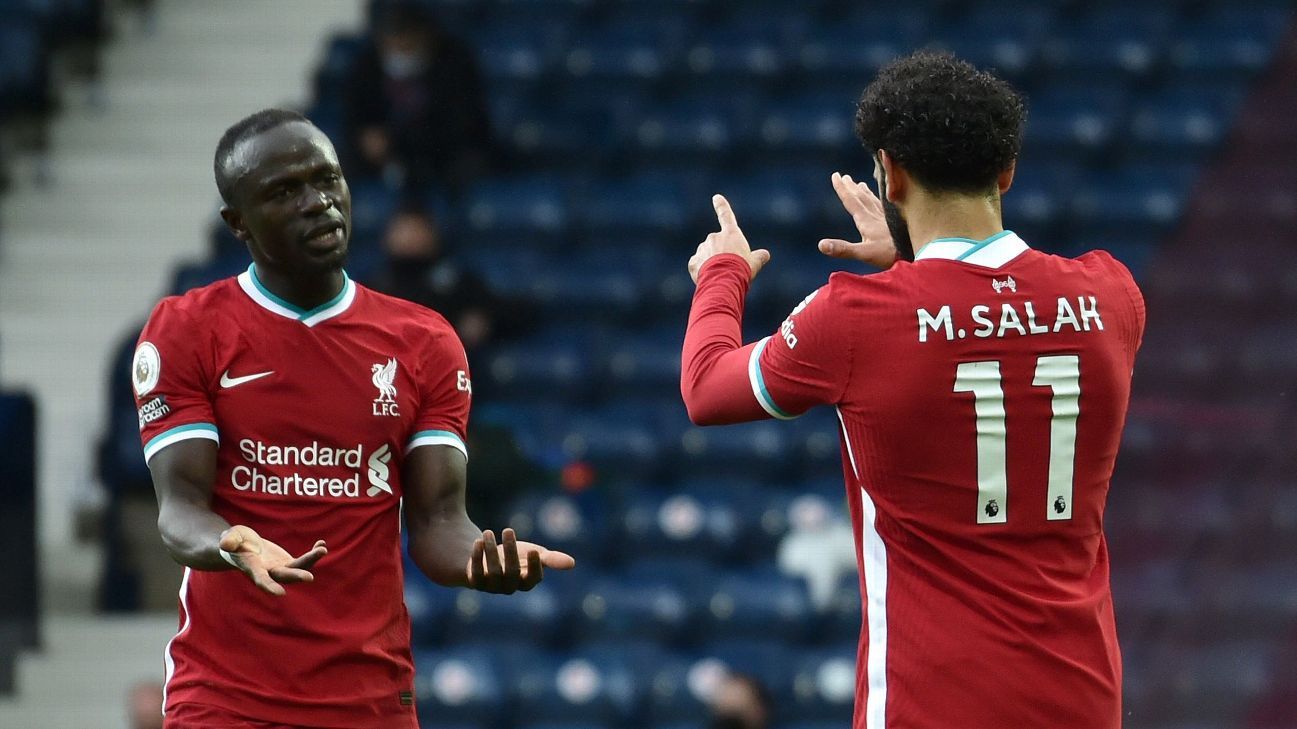 What do Mohamed Salah, Raheem Sterling, N’Golo Kante, Robert Lewandowski, Pierre-Emerick Aubameyang and Jordan Henderson all have in common? They have reached the key moment in their contracts when they find out how important they really are to their clubs.

As my ESPN colleague Gab Marcotti wrote this week, there is an array of star-studded talent, including Paul Pogba, Kylian Mbappe and Cristiano Ronaldo, now less than 12 months away from becoming free agents if they fail to agree to new contracts before July 2022.

Speculation about the future of these players is likely to dominate the headlines over the next year, but the most significant stage in football contracts has become the two-year countdown; it’s when the balance of power between player and club is evenly split. It becomes a staring contest, and one side has to blink. It’s when commitment has to be shown by at least one side; otherwise, the message is clear that one or both parties have different plans.

“Deciding what to do with players in the final two years of their contracts is now the biggest headache for all clubs,” a senior club official told ESPN. “It’s not about which players you sign — it’s about which you want to keep and whether the financial figures stack up.

“If a player is 30 and has two years left on his contract, it’s a nightmare for the club, especially if he is a big player, because you either commit to a new deal that may run until he is 34 or 35 and worry about what kind of value you will get towards the end of it, or you let him go and worry again about him embarrassing you at his new club.

“You don’t want to let a player go too soon — just look what Luis Suarez did for Atletico Madrid [winning La Liga] after leaving Barcelona last season — but then you don’t want an old player on big wages who you can’t get rid of.”

Liverpool, often held up as a model club when it comes to recruitment and contract management, have a remarkable 13 players in the final two years of their existing deals, and they have some big issues to address. Those players include Salah, Henderson, Sadio Mane, Roberto Firmino, Fabinho, Virgil van Dijk, Naby Keita and Alex Oxlade-Chamberlain.

The likes of Keita and Oxlade-Chamberlain are unlikely to be given new deals this summer because of their sporadic appearances last season. Both may yet be allowed to leave, with their transfer value much higher this summer than it will be in a year’s time.

– Transfer Grades: From Aguero to Wijnaldum
– Stream ESPN FC Daily on ESPN+ (U.S. only)
– Don’t have ESPN? Get instant access

At 27, Fabinho is young enough to be pretty much guaranteed a new contract because of his age and importance to Jurgen Klopp’s team, but Salah, Mane and Firmino are all 29, Van Dijk is 30 and yet to play competitively after almost a year out with a cruciate ligament injury, while Henderson, who missed 15 games since February with a groin injury, is 31.

Salah, Mane, Firmino, Van Dijk and Henderson have all been crucial cogs in Liverpool’s recent successes, but the dilemma facing Klopp and sporting director Michael Edwards is deciding how long they will continue to contribute to that level.

Handing them all new contracts exposes Liverpool to that problem of a group of players ageing together on big deals. They would also have a much lower market value. But if they fail to receive contract extensions this summer, the players may feel as though their days are numbered.

Henderson’s frustration has emerged this week, with reports suggesting the club captain could leave if he isn’t offered a new contract. Perhaps it is a tactic on the player’s part to test the water and gauge their intentions, but at 31 and with a patchy fitness record over the past 12 months, Henderson is likely to be disappointed if he expects a new deal right now. Though Liverpool are also wary of Henderson following the route of Georginio Wijnaldum, who joined Paris Saint-Germain for nothing upon the expiry of his deal this month.

Liverpool aren’t the only club exposed to the dangers of players entering the final two years of their contracts.

Arsenal have nine players, including star striker Aubameyang. At 32, it would be a surprise if Arsenal would even consider an extension to his deal, but can they risk him becoming unsettled and distracted by a diminishing contract? Hector Bellerin, Bernd Leno, Granit Xhaka and Willian are all in the same position. Youngster Emile Smith Rowe signed a new long-term deal on Thursday so at least Arsenal have strengthened their position there, but they have plenty to figure out over the next few months.

Sterling’s situation at Manchester City is an example of a player holding virtually all of the best cards. The England forward is approaching his peak years and has seen his value and reputation rise after an impressive performances at Euro 2020, which saw him named in the team of the tournament after scoring three goals. He will be only 28 when his Etihad contract expires and able to move to any top club as a free agent, so City may already be regretting not extending his deal sooner. Instead, they focused on securing Kevin De Bruyne to a long-term deal, but Sterling is now in a much stronger position and able to pretty much name his terms.

Leroy Sane was allowed to move to Bayern Munich for €49m last year to avoid a high-value player leaving for free, and Sterling will be in the same position within 12 months if they are unable to thrash out a new contract. Riyad Mahrez, Gabriel Jesus, Ilkay Gundogan, Benjamin Mendy and Zack Steffen are in the same position, but none of these players have the strength of position that Sterling enjoys, either because of their age or reduced status as first-team regulars and profile.

Chelsea have seven players, including Kante and Jorginho, whose situation is similar to Henderson’s at Liverpool due to their ages — 30 and 29, respectively. Spurs, meanwhile, have just four players with two years to run, including the 29-year-old Son Heung-Min.

With Harry Kane‘s future yet to be resolved, Spurs may have to give Son a longer deal than they’d normally consider for a 29-year-old in order to avoid losing both players in the space of 12 months. At 32 and 31, respectively, Toby Alderweireld and Moussa Sissoko are less likely to be offered new deals.

The picture is different at Manchester United. Marcus Rashford, Luke Shaw, David de Gea and Fred are among nine with two years to run, but the club has the option of a further 12 months on each of their contracts, which insulates them.

Still, if they don’t move quickly to extend Rashford’s contract, United risk creating a headache down the line. At 23, like Sterling, Rashford holds all the aces and he may be assessing United’s ambitions and trophy-winning prospects before committing the best years of his career to the club.

At the other end of the age scale, Bayern have big decisions to make on Lewandowski (32), Manuel Neuer (35) and Thomas Muller (31). Three club legends who have delivered incredible success to Bayern, but moving them on this summer or next is much more likely than a new deal for any of them. But Bayern need to pick their moment. Lewandowski, for instance, could score the goals to win another club the Champions League.

Sergio Busquets (33) and Toni Kroos (31) are problems for Barcelona and Real Madrid, respectively, but Real must also decide what to do with the 22-year-old Martin Odegaard now that he has returned from his loan spell at Arsenal.

Making the right decision on two-year countdown players is an issue that even the biggest clubs struggle to grapple with, and it, along with the financial impact of the COVID-19 pandemic, might explain why this transfer window has been so slow to get going.

Dealing with internal issues is the priority and some players may feel as though they are being edged out, while some clubs will feel powerless to persuade a star youngster to sign for the long term. And that’s why the two-year countdown is the most important stage for all players and clubs.