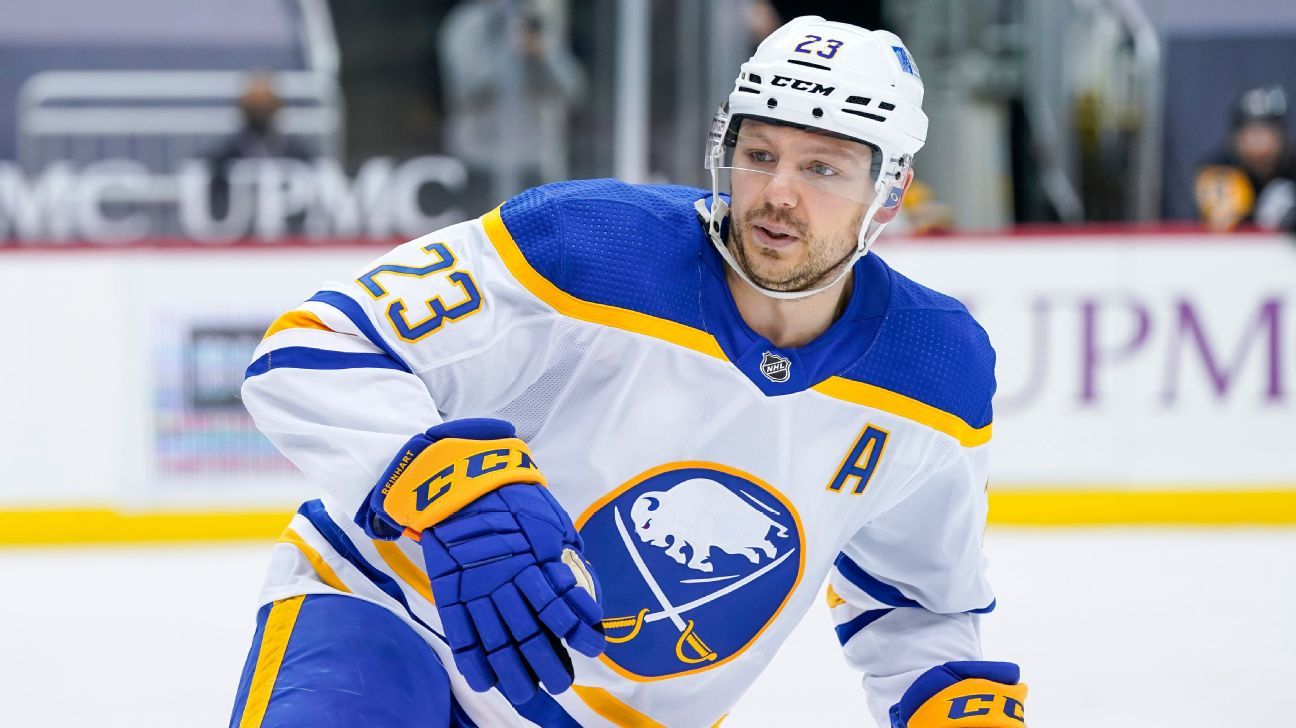 So far, the big trade that Buffalo Sabres fans are expecting — involving captain Jack Eichel — has not materialized. But GM Kevyn Adams continues to make tweaks to his organizational depth, with the latest move being trading Sam Reinhart to the Florida Panthers in exchange for a conditional 2022 first-round pick and goaltender prospect Devon Levi.

Which GM comes out ahead in this swap? Let’s dive in to the particulars and dole out some grades:

The Panthers add one of the NHL’s most consistent goal-scorers of the last four seasons. Reinhart, 25, has 94 goals since the 2017-18 season. His 0.33 goals-per-game average puts him in line with players like Taylor Hall, Phil Kessel, Jamie Benn, David Perron and Jonathan Marchessault in that span. He’s scored more than 20 goals in five of his six full NHL seasons.

Reinhart is an effective player at 5-on-5 and on the power play, where he averaged 5.84 points per 60 minutes of power-play time this season. From an analytics perspective, he’s a possession monster who greatly exceeds the numbers of his teammates. Over the last three seasons, he’s had 24.1 goals scored above average and added nearly four and a half wins to the Sabres’ total.

He can play multiple forward positions — while technically a center, this was the first season he had taken more than 200 faceoffs since 2016-17. Given that the Panthers could have Aleksander Barkov and Sam Bennett up the middle, Reinhart could slot over to the wing.

Essentially, this was a trade in which they acquired a sure-thing, 20-goal scorer for a goalie that was buried on their depth chart behind Sergei Bobrovsky and Spencer Knight and a first-rounder that’s top-10 protected in 2022, when blue-chip prospects Shane Wright, Matthew Savoie, Brad Lambert and Rutger McGroarty are available.

He’s well worth a first-round pick, even as a rental. But that’s what knocks this down a rung. The Panthers hadn’t engaged in any contract discussions with Reinhart prior to the trade. He indicated on Saturday that a contract is forthcoming; what does that look like? Right now, we don’t know if this is going to be a short-term contract — potentially through arbitration, as he has arbitration rights as a restricted free agent — or something longer.

Either way, it’s a great addition for an improving team.

The Sabres didn’t get the return that many of their faithful were looking for here. That much is clear. Mike Harrington of the Buffalo News snarked that GM Kevyn Adams “didn’t even get [Patrik] Berglund and [Vlad] Sobotka back for Reinhart.” When one evokes the Ryan O’Reilly trade to criticize a Sabres trade, that’s basically nuclear warfare.

In Adams’ defense, the other side of the table wasn’t sure what Reinhart’s contract was going to look like with them. The center is one year away from unrestricted free agency. It was possible he wants a bridge deal for a year before testing the free-agent market next summer, when economic conditions will have theoretically improved league-wide. Adams was shopping someone that was a one-season rental, not someone with a longer-term commitment.

That established, Buffalo did what it could but it still wasn’t complete satisfactory.

Is Levi a blue-chip goalie prospect? No, but he has an impressive skills set that’s drawn comparisons to goalies like Carey Price and Jonathan Quick. Toss him in the goalie stew with Ukko-Pekka Luukkonen and Erik Portillo and see if there’s a “goalie of the future” there.

But the real bummer is the first-rounder. Having it lottery-protected in a draft where you want as many balls bouncing around in the machine as possible is frustrating — although, at this point, it would be surprising if the Panthers were in that lottery anyway.

Absent of knowing what the other offers for Reinhart were, it’s tough to completely judge the return here. But the Sabres zeroed in on the Panthers and, considering the context, did OK. Not great. Just OK.