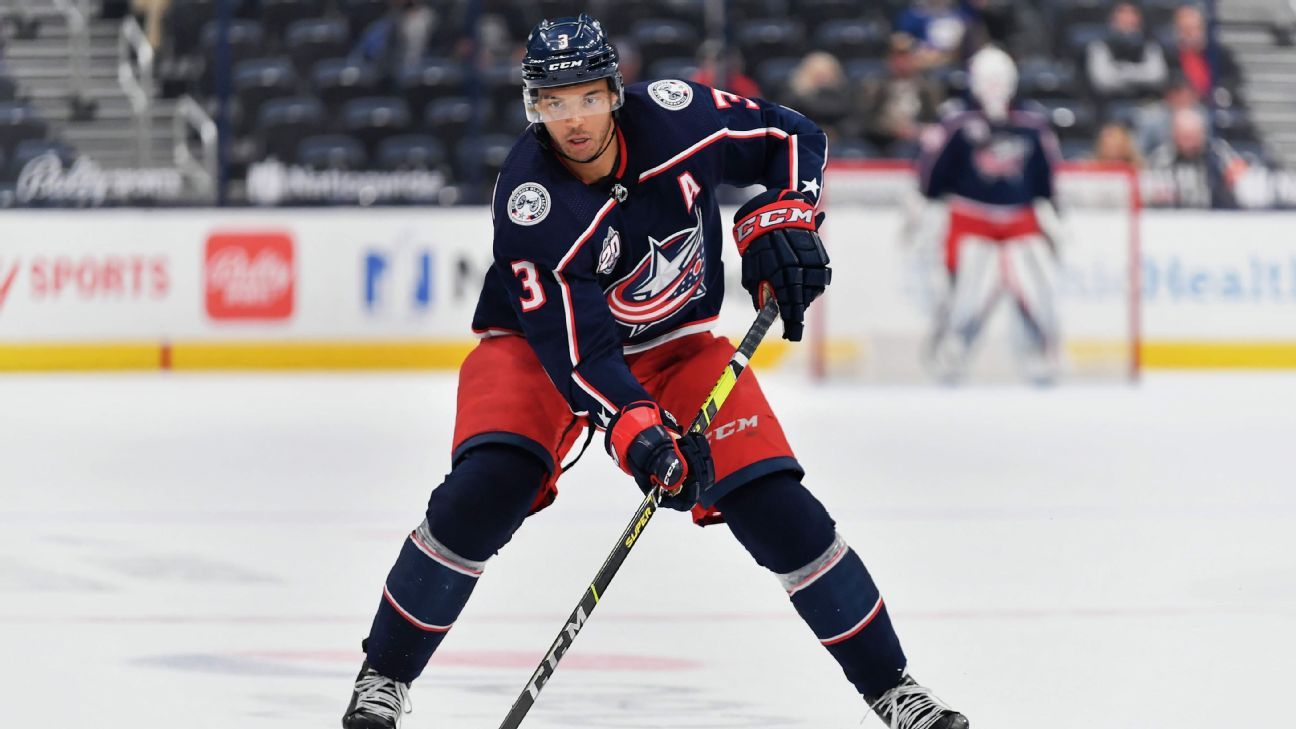 There have been rumors percolating for months that Columbus Blue Jackets defenseman Seth Jones could be on the move. On Friday, those rumors became reality.

Which GM came out looking great after this trade? Here are our grades for both sides:

There’s a lot to unpack here.

Let’s start with Seth Jones. He has a lot of detractors, especially in the analytics community. They watched his production slide over the last three seasons before hitting the ground with a thud in 2020-21, with a negative-5.8 goals scored above average, and having cost the Blue Jackets with his sub-replacement play on offense and defense.

Granted, it was a lost year for the Blue Jackets and the second straight season played during a pandemic. We’re going to wager that those performances were anomalous and that Jones, who turns 27 in October, is actually the Norris Trophy-caliber defenseman we believed him to be in previous campaigns. He’s entering his prime as a defenseman. He’s a heck of a player, and we haven’t even seen his best.

Is a $9.5 million average annual salary on an eight-year term, starting in 2022-23, for a Norris Trophy-caliber defenseman an overpayment? It’s slightly higher than that of Nashville Predators defenseman Roman Josi ($9.059 million AAV), who won the Norris last season. It’s slightly higher than Alex Pietrangelo, who signed for seven years at an $8.8 million AAV as an unrestricted free agent with Vegas and is 31. If Jones hit the open market next summer, that $9.5 million cap hit would have come from somewhere.

And they paid dearly for all of it.

GM Stan Bowman got the player the team has wanted for years, to move down the draft board by around 20 picks in 2021 and for a first-round pick in 2022 that’s not guaranteed to be outside the lottery. Plus, defenseman Adam Boqvist, as promising a blue-line prospect as the Blackhawks have.

It’s a win-now move, with Patrick Kane and Jonathan Toews surrounded by younger players. But the reality is that Kane is an unrestricted free agent in 2023. So is Toews. It’s entirely possible that Seth Jones is the face of the Blackhawks by the second year of his contract, leading the team to its next incarnation.

If that’s the case, we may look back at this trade and this payment a lot differently.

Earlier on Friday, the Sabres sent defenseman Rasmus Ristolainen — same age as Seth Jones, same cap hit as Seth Jones — to the Philadelphia Flyers for the 13th overall pick, a 2023 second-rounder and defenseman Robert Hagg. Whatever the ask on Jones, that Flyers package became the minimum trade request for acquiring one year of his services.

But the Blackhawks weren’t just trading for one season; they were trading for the chance to sign him to eight seasons beyond that. So Kekalainen was able to squeeze Boqvist and another first-round pick out of the Blackhawks as well.

Kekalainen had no leverage outside of threatening to move Jones to another one of his preferred destinations, like Colorado or Dallas — neither of whom might have been able to go to $9.5 million for him, for what it’s worth. Jones wasn’t coming back. Having him on the Blue Jackets’ roster this coming season was untenable. So he had to go.