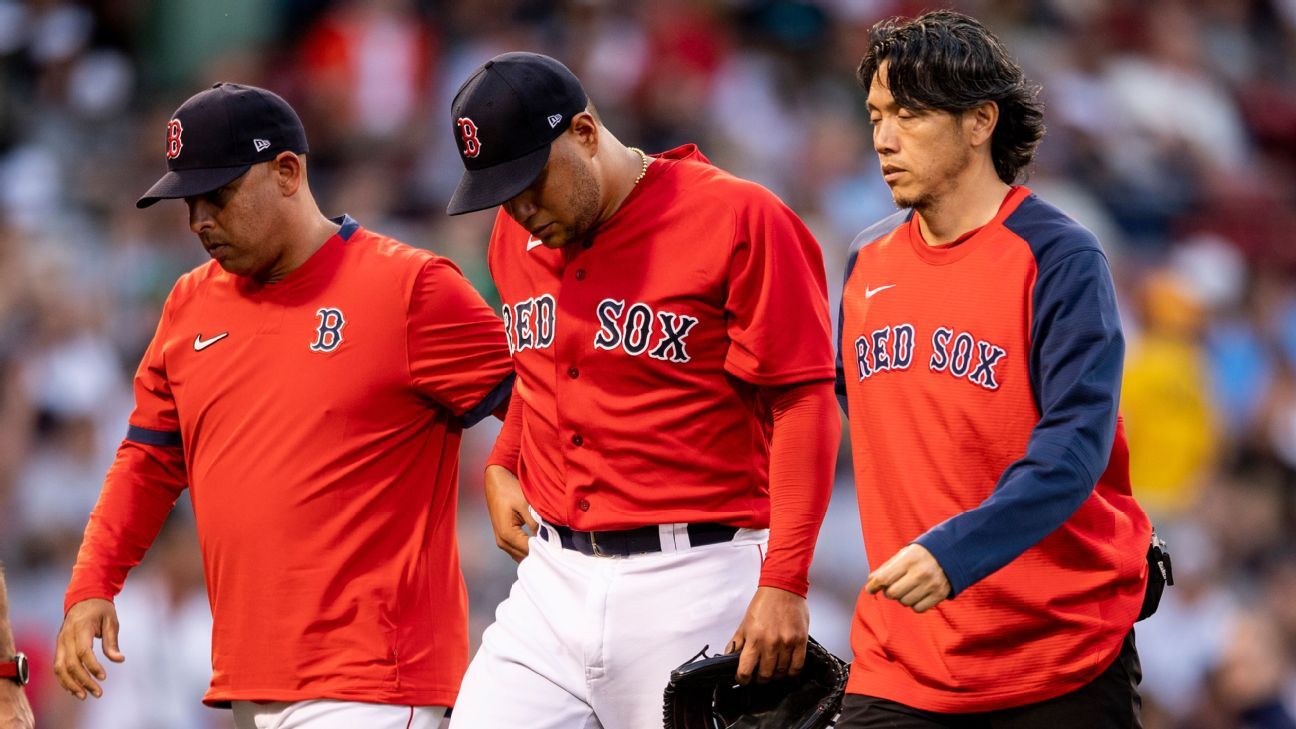 BOSTON — Losing starter Eduardo Rodriguez once again to injury was not in the Boston Red Sox’s plans. The club is hoping for the best after Rodriguez had to be taken out in the second inning of Friday night’s game against the New York Yankees with what was later described by the Red Sox as “migraine symptoms.”

Rodriguez had a solid first inning, retiring the three Yankees he faced on 11 pitches. In the second frame, Rodriguez issued a lead-off walk to Gary Sanchez, followed by a hit by Gleyber Torres and an RBI double by Brett Gardner, which gave the Yankees an early 1-0 lead.

Right-hander Phillips Valdez took over for Rodriguez, who threw only 25 pitches.

After missing all of last season with heart complications due to myocarditis after contracting COVID-19, Rodriguez has returned to full health. Nonetheless, the 28-year-old lefty has logged a subpar 2021 season, which he has called the “hardest” of his career.

Manager Alex Cora has repeatedly praised Rodriguez and believes that he could return to his 2019 form and finish the year strong. Rodriguez came into Friday night’s game with a 7-2 record and a 5.19 ERA.

In his first game since the All-Star break on Friday, July 16, Rodriguez threw 5⅔ scoreless innings and struck out eight batters in Boston’s 4-0 win over the Yankees.