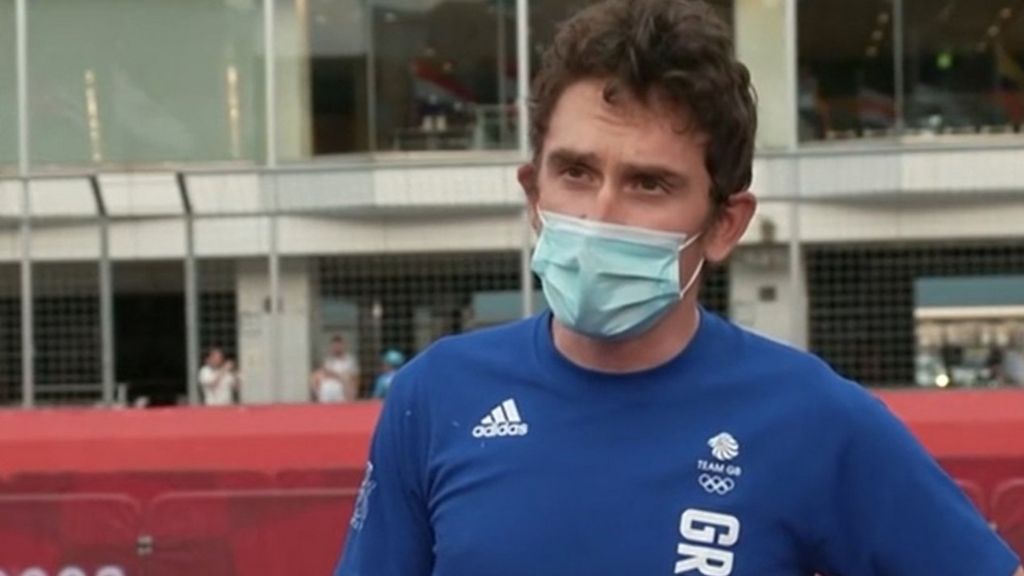 Team GB’s Geraint Thomas bemoans his luck after he saw his Olympic medal hopes in the men’s road race dashed after crashing for a second successive Games.

Thomas crashed in Tokyo after team-mate Tao Geoghegan Hart lost control in front of him, with Thomas pulling out of the race less than an hour later.

Welshman Thomas races in the time trial on Wednesday.

Available to UK users only.