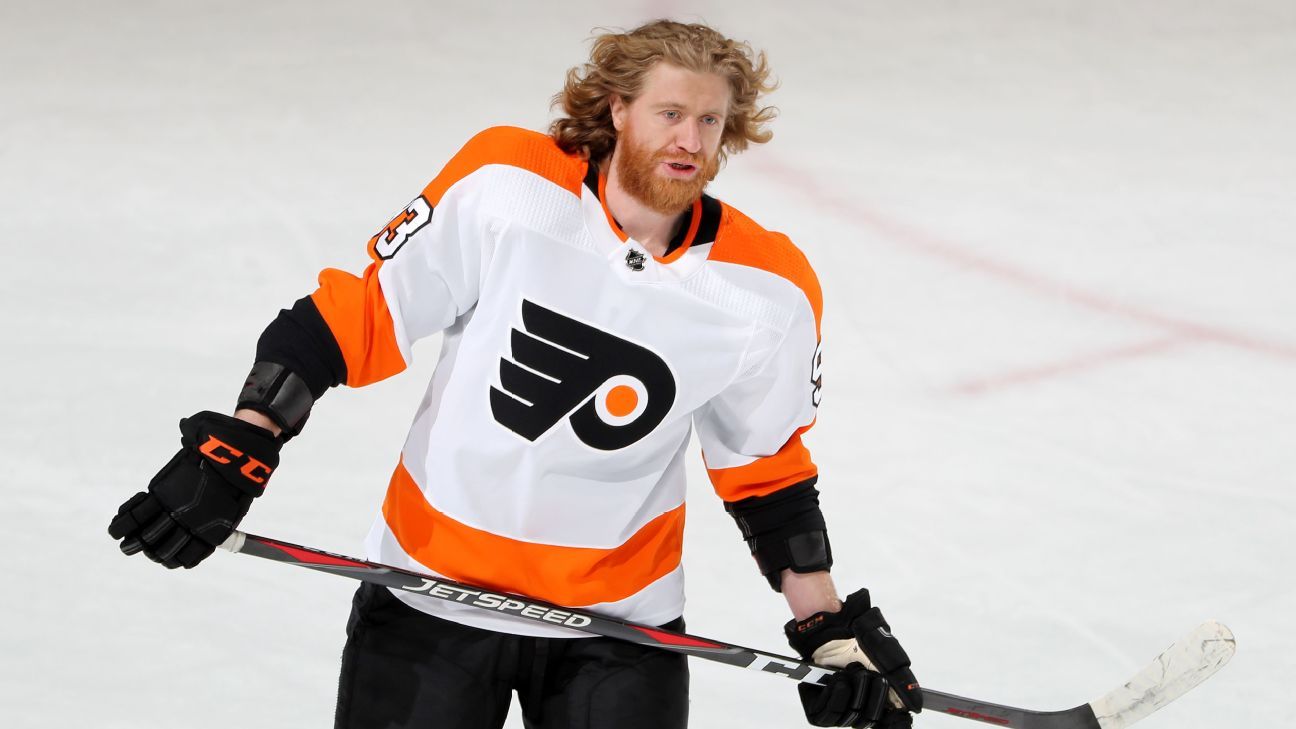 As Day 2 of the 2021 NHL draft got rolling, the Columbus Blue Jackets and Philadelphia Flyers elected to make a significant change to the makeup of their respective top-six forward groups, trading Cam Atkinson for Jakub Voracek in a one-for-one swap.

It’s been a busy two days for Flyers GM Chuck Fletcher and his counterpart on the Blue Jackets, Jarmo Kekalainen. Let’s dive in to the details of this deal, and give each GM a grade.

The Flyers and Voracek were clearly at an end. GM Chuck Fletcher had discussions with him about his future with the franchise. They left him exposed in the expansion draft and were shopping him.

“We have to look at different ways of getting better,” said Fletcher, and amicably moving on from Voracek — who had no trade protection — seemed like a possible path to that end.

In Atkinson, they get a pure goal scorer, rather than the passing playmaker that was Voracek. From 2013-14 to 2018-19, Atkinson had 20 or more goals in each of those seasons. He scored at 5-on-5 and on special teams. His best goal-scoring season came in 2018-19, when he potted 41 goals while playing with Artemi Panarin. The results haven’t been there in the last two seasons, his first two in the NHL in which he averaged less than a goal per every 60 minutes of play.

Is that a sign of a decline or two anomalous seasons impacted by the pandemic?

Atkinson gives the Flyers a solid penalty killer, which is something Voracek didn’t do for them. But neither player is what you’d call a defensive stopper at 5-on-5. They’re there to score.

The Flyers get some short-term cap advantage here. Swapping Voracek’s $8.25 million average annual value with Atkinson’s $5.875 million AAV nets them $2,375,000 in open cap space. Every dollar counts for the Flyers this season, who need to sign defenseman Travis Sanheim and goalie Carter Hart to new contracts while continuing to add players to their roster.

But the trade gives them a player who’s under contract for one more season (2024-25) than Voracek had left on his deal.

If the goal was “getting better,” the Flyers may have done that.

Voracek comes home. He began his career with Columbus, who drafted him seventh overall in 2007. He played there three seasons before they sent him to Philly in the Jeff Carter trade in 2011.

The Flyers wanted to swap a playmaker for a goal-scorer; the Blue Jackets wanted the opposite. Voracek gives them a player who can play on either wing and is a pure passer — he’s averaged over two assists per 60 minutes in three of the past four seasons. When he didn’t, he averaged 1.9 assists per 60. His 522 career assists ranks him 15th among active players. That’s good news for the goal-scorers left on the roster like Gustav Nyquist and, of course, Patrik Laine.

They add more salary to their cap than they had with Atkinson — the Flyers didn’t retain any of Voracek’s salary. But after all of their recent trades, including moving defenseman Seth Jones to the Blackhawks, the Jackets aren’t exactly against the cap ceiling. Better still, Voracek’s contract ends one season soon (2023-24) than did Atkinson’s.

The only downer here for Columbus is that acquiring a player that’s the same age as Atkinson doesn’t necessarily square with the rebuild they’re clearly starting. But it’s a flat cap and “hockey trades” sometimes have to be made for additional flexibility in the long term. You could do a lot worse than having Voracek back dishing passes to the next wave of Blue Jackets.