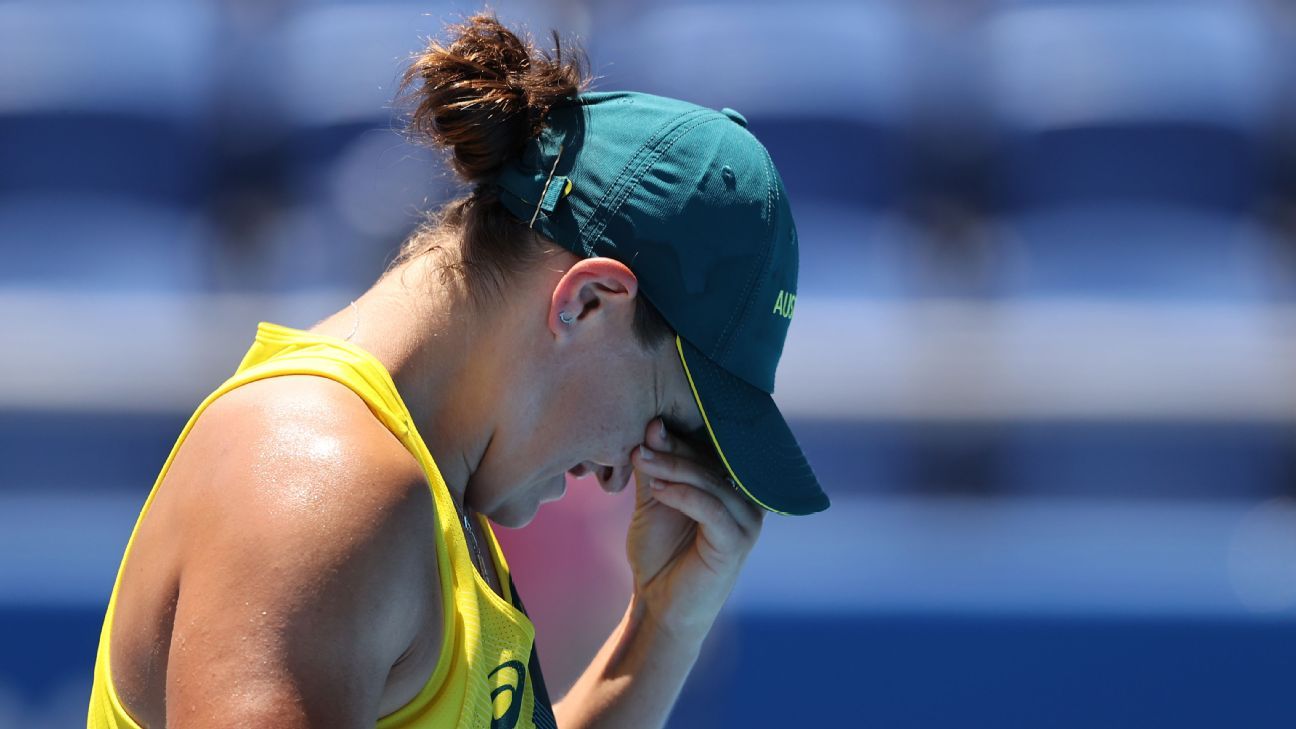 Ash Barty has been sensationally knocked out of the Tokyo Olympics singles in the first round, stunned by unheralded Spaniard Sara Sorribes Tormo in straight sets.

The world No.48 beat world No.1 and newly-crowned Wimbledon champion Barty 6-4 6-3 in the biggest shock of the Games to date as the Australian fell apart in the blistering Tokyo heat.

It leaves Barty’s medal hopes resting on the doubles, where she advanced to the second round with a first-up win with Storm Sanders on Saturday.

After holding serve to open the match, Barty quickly found herself on the back foot with Sorribes Tormo breaking the two-time grand slam champion twice to open up a 4-1 lead.

Barty managed to drag back a break of her own, but Sorribes Tormo – who has never made it past the second round of a grand slam – closed out the set .

A clearly-flustered Barty dropped the opening service game of the second set and looked to be in a world of trouble.

The Australian looked to have righted the ship with a par of breaks, before the match turned again in the seventh game when she dropped serve after holding a 40-0 lead.

From there Sorribes Tormo held her nerve and her serve to close out the biggest win of her career.