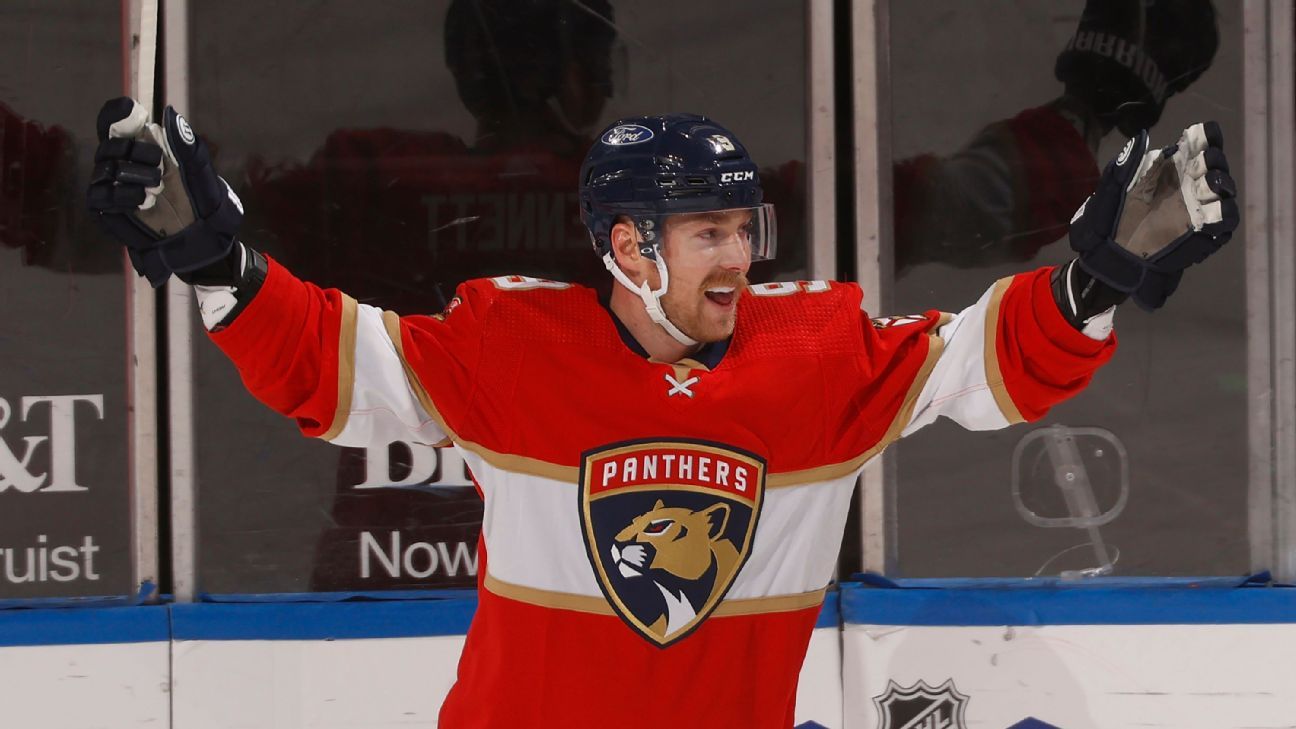 Sam Bennett re-signed with the Florida Panthers on Monday, inking a four-year contract with the team that has been a good fit for him since he joined the squad at the trade deadline.

Bennett put up six goals and nine assists for 15 points in 10 regular-season games with the Panthers after they acquired him from Calgary. The 25-year-old was a point-a-game player during Florida’s playoff series, too, with a goal and four assists.

“Sam’s impact on our club this past season was seen immediately, injecting physicality, skill and energy into our lineup,” general manager Bill Zito said in a statement. “We are thrilled to have him in our Panthers lineup and look forward to what he can bring to our offense in the upcoming 2021-22 season.”

The Panthers also re-signed defensemen Lucas Carlsson and Noah Juulsen for next season. Next up could be a new contract for forward Sam Reinhart, whom they got from Buffalo on Saturday.

“That’s all going to get announced and worked on in due time,” Reinhart said of signing with Florida. “I just feel comfortable we’re both excited about the future. I don’t see any issues moving forward.”

Given the price the Panthers paid — goalie prospect Devon Levi and a 2022 first-round pick — and Reinhart’s production, it could be a deal more lucrative than Bennett’s. Reinhart is a five-time 20-goal scorer on a team that never made the playoffs, so the opportunity to be part of a stronger lineup could pay dividends.