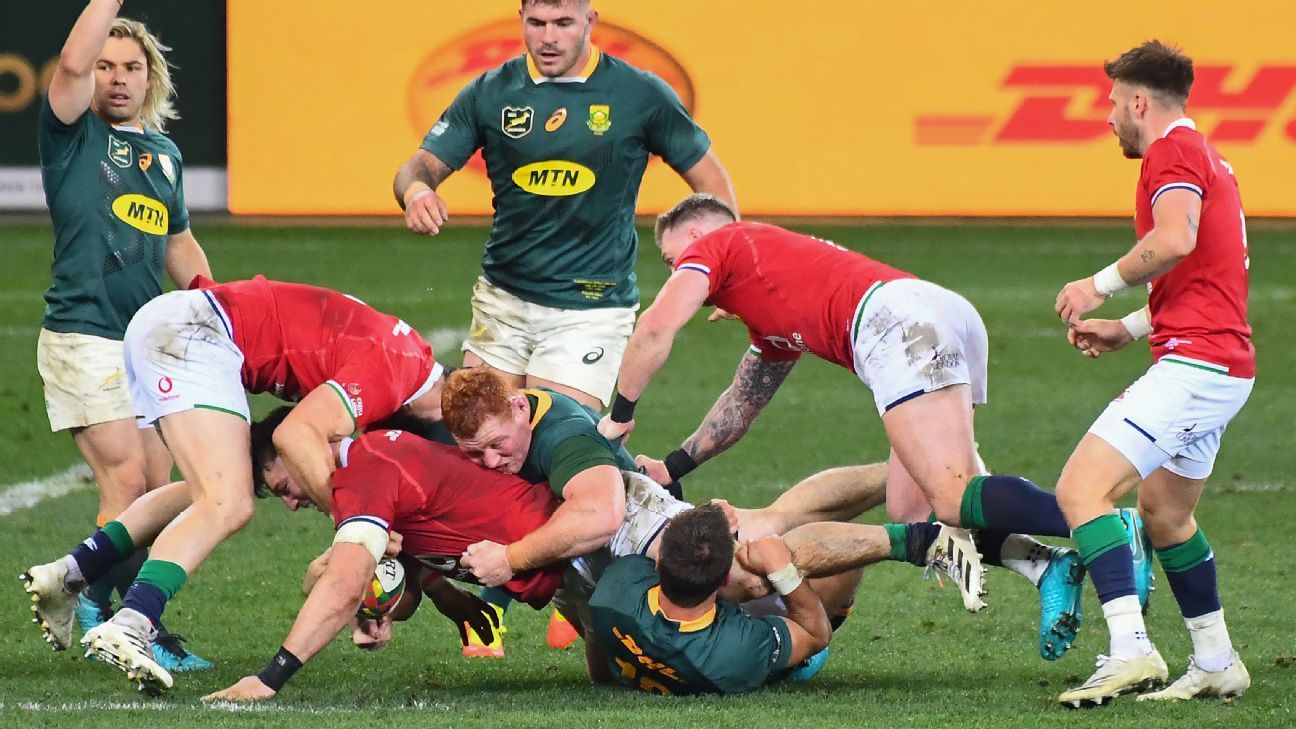 South Africa have picked two new front rowers and made another change in the pack for the second test against the British & Irish Lions as the Springboks look for more forward power for Saturday’s clash at the Cape Town Stadium.

An injury to Ox Nche sees Steven Kitshoff comes in at tighthead while Frans Malherbe is in the starting line-up on the loosehead side ahead of Trevor Nyakane, who is dropped to the bench.

The Springboks have also changed their eighthman with Jasper Wiese preferred to Kwagga Smith, who struggled under the high ball as the Lions came back strongly in the second half to win the first test 22-17 last Saturday.

It will be only a second cap for Wiese.

South Africa coach Jacques Nienaber opted for a six-two split on the bench, which sees Nyakane and Vincent Koch provide cover at prop, while Marco van Staden takes over from Rynhardt Elstadt as loose forward cover along with Smith, while Herschel Jantjies and Damian Willemse are the only two backline players on the bench.

“This is a massive game for us, it’s do or die in order to stay in the race to win the series and we selected a team that offers continuity in selection, but also that we thought would be the best suited to achieve the objectives we have set for this match,” Nienaber said.

“We have had an extra week on the training field after a few disruptive weeks in the build-up to the opening Test, so we are confident that the players in the squad will be able to deliver on the physicality and grit that will be required in this match.”

“We need to be better in every area of the game this week, and the set pieces will be crucial in laying the foundations we need to execute our game plan effectively.

“We also spoke about our discipline and the aerial battle as a team, and we intend to work as hard as possible at training this week to correct the errors that cost us last week.”

Nienaber said he expected another epic battle and insisted his side were in the right frame of mind to bounce back from last week’s disappointment.

“We disappointed ourselves last week, and we all know how important it is to bounce back with a strong performance and show our fighting spirit.”