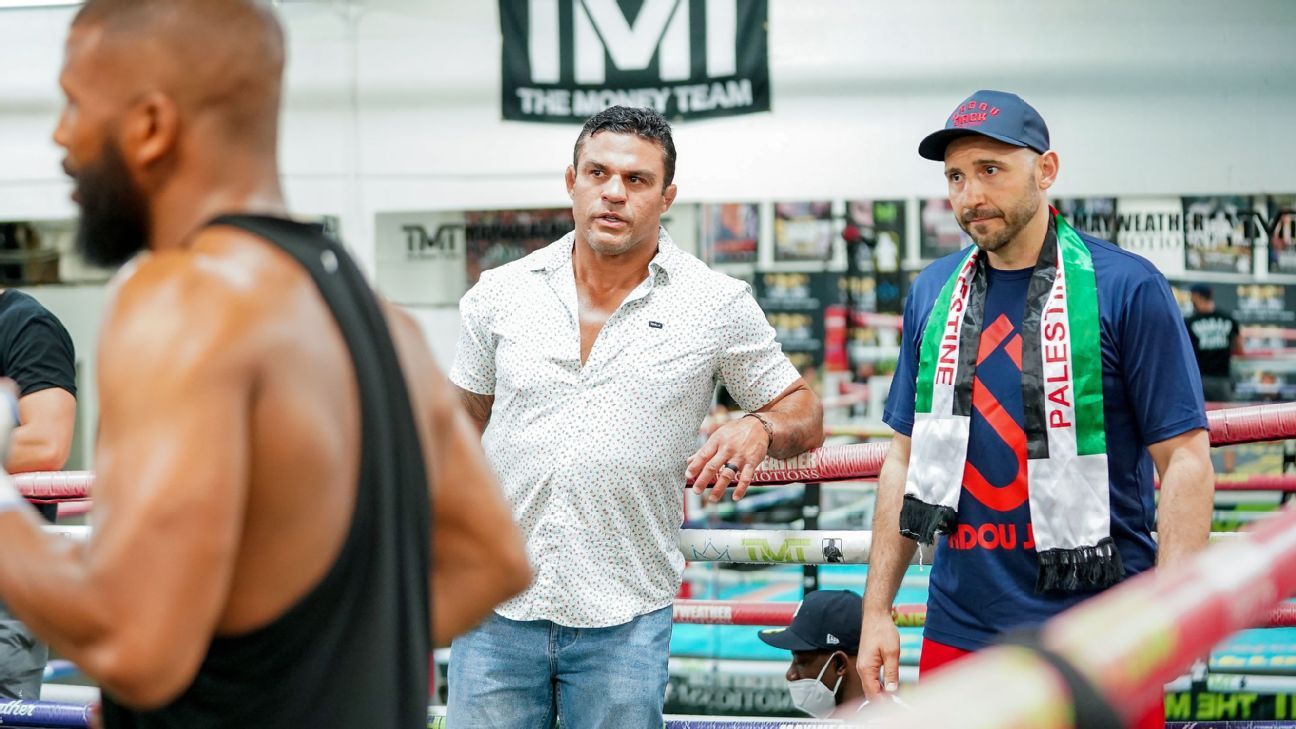 LOS ANGELES — Vitor Belfort says he is already in talks about his future in boxing, even before his foray into the ring against Oscar De La Hoya in September.

Belfort, one of the most accomplished knockout artists in UFC history, told ESPN on Tuesday that he is planning a boxing match with former heavyweight champion Evander Holyfield under the Triller Fight Club banner in December.

“Get ready,” Belfort said before a news conference to promote his bout with De La Hoya at Staples Center. “Holyfield is next.”

Belfort and De La Hoya will meet Sept. 11 in Los Angeles in the main event of a card promoted by Triller.

Sources told ESPN that Belfort is in talks with Triller about a multi-fight contract, which would include Holyfield. Belfort, according to sources, is also angling for a boxing match with his former teammate and longtime rival Anderson Silva, who has also begun to cross over into boxing following his release from the UFC last year. Silva knocked out Belfort in a UFC bout in 2011, an iconic front kick, the silhouette of which is now Silva’s personal logo.

Belfort, 44, is just 1-0 as a pro boxer and has not competed in the sport professionally since 2006. De La Hoya, the 48-year-old boxing legend, will be fighting for the first time since a loss to Manny Pacquiao in 2008.

The bout will be the latest in what has been a long line of boxing matches involving MMA fighters, celebrities and entertainers that has become all the rage in combat sports.

Belfort is a former UFC light heavyweight champion and former UFC heavyweight tournament champion. He is tied for the most knockouts in UFC history (12) and owns the most first-round finishes in UFC history (13). The Brazilian star has not fought a May 2018 loss to Lyoto Machida in the UFC. He was signed by ONE Championship, but is no longer under contract with the MMA promotion and now is focused on boxing with Triller.

Another desired contest for Belfort: Both Logan Paul and Jake Paul on the same night.

“One round one, one round the other [alternating],” Belfort said. “I can do that in my sleep. I’ll put them out. In the sixth round, they would be out.”