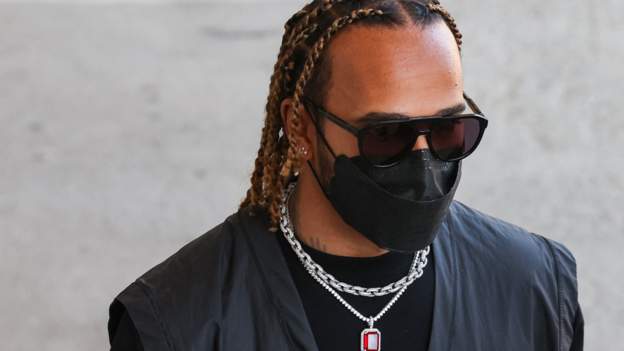 The country is holding a referendum on a law which includes a ban on the depiction or promotion of homosexuality and gender change to under-18s.

Hamilton said: “It is unacceptable, cowardly and misguiding for those in power to suggest such a law.”

Vettel said: “I find it embarrassing for a country in the EU to vote on laws like this.”

The Hungarian prime minister, Viktor Orban, has said the policy is a matter for Hungary, not “Brussels bureaucrats”.

Ahead of the country’s grand prix this weekend, Hamilton said in a post on Instagram that he “wanted to share my support for those affected by the government’s anti-LGBTQ+ law”.

The seven-time F1 champion added: “Everyone deserves to have the freedom to be themselves, no matter who they love or how they identify.

“I urge the people of Hungary to vote in the upcoming referendum to protect the rights of the LGBTQ+ community. They need our support more than ever.

“Please show love for those around you because love will always win.”

Vettel wore trainers with a rainbow design on them to the Hungaroring track for Thursday’s media and preparation day.

The German four-time champion added: “Everyone is free to do what they want and that is the point.

“We have had so many opportunities to learn in the past and I can’t understand why you are struggling to see people should be free to do what they like, love who they like.

“It is along the lines of live and let live. It is not for us to make the law but just to express the support for those who are affected by it.”

The law has become a controversial issue within sport.

European football’s governing body Uefa refused a request by Munich’s mayor to light up the city’s football stadium in rainbow colours before Germany’s match against Hungary in the Euro 2020 Championship.

But Germany captain Manuel Neuer was allowed to wear his rainbow captain’s armband during the game.

Earlier this month, Hungary were ordered to play their next three home games behind closed doors after Uefa found their supporters guilty of discriminatory behaviour during Euro 2020.