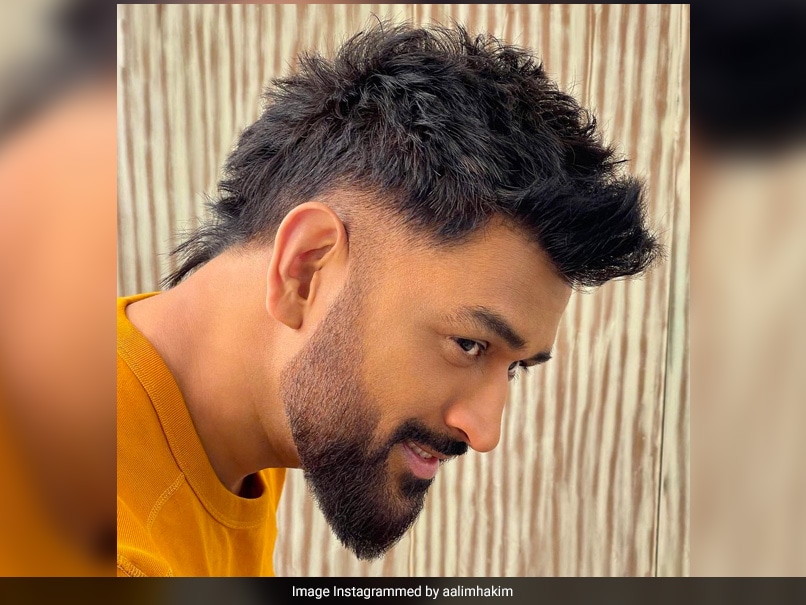 
MS Dhoni, former India captain, is not too active on social media and hence whenever he makes an appearance on Twitter or Instagram, he is bound to go viral. On Friday, celebrity hairstylist Aalim Hakim took to Instagram to share Dhoni’s new “dashing look”. In the pics, Dhoni can be seen posing with a new funky hairstyle and beard. As soon as the pictures were shared, fans flooded social media, going gaga over Dhoni’s new hairdo. Bollywood actor Sunil Shetty commented on Aalim Hakim’s post with an emoji.

Impressed by Dhoni’s new avatar, a fan said the former India captain is looking like a 25-year-old.

Whattttt!!!!!
Am I dreaming
He and his hairstyle experiments are always lit#MSDhoni #Dhoni pic.twitter.com/Z54xDCvwJ1

Dhoni, who announced his retirement from international cricket in August 2020, is expected to return to competitive cricket later this year when the remaining part of the 14th edition of the Indian Premier League gets underway in the UAE.

MS Dhoni-led Chennai Super Kings were second on the IPL 2021 points table before several Covid cases within the bio-secure bubble forced the organisers to postpone the T20 league.