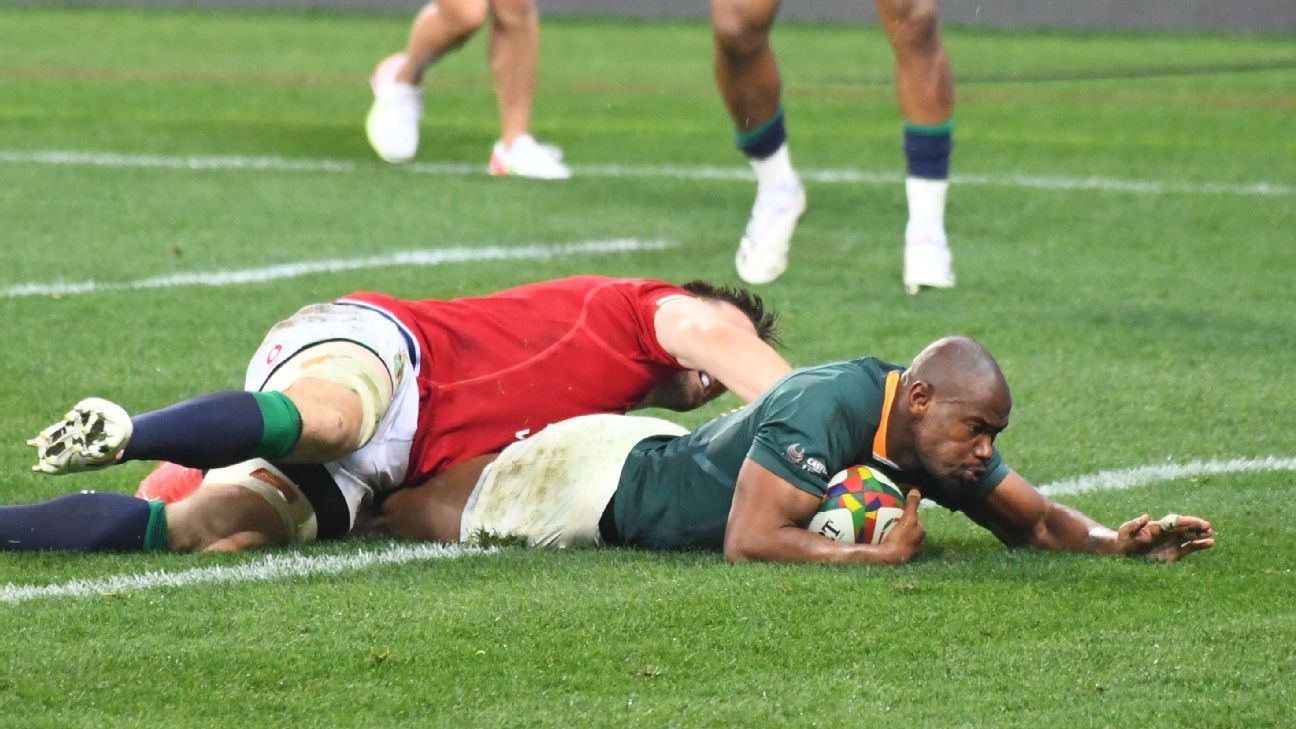 South Africa’s backs Makazole Mapimpi and Lukhanyo Am scored second half tries as the Springboks beat the British & Irish Lions 27-9 to win Saturday’s second test at the Cape Town Stadium and level the series.

Handre Pollard added five penalties and a conversion for a 17-point contribution while the Lions’ points all came off the boot of Dan Biggar in a niggly and ill-tempered contest that again was one for the purists rather than the enthusiast.

The result sets up a decider next Saturday after the Lions had won an attritional first test 22-17.

The Lions were 9-6 up at half-time but the Springboks bounced back with a dominant second half performance that turned the tide of the game.