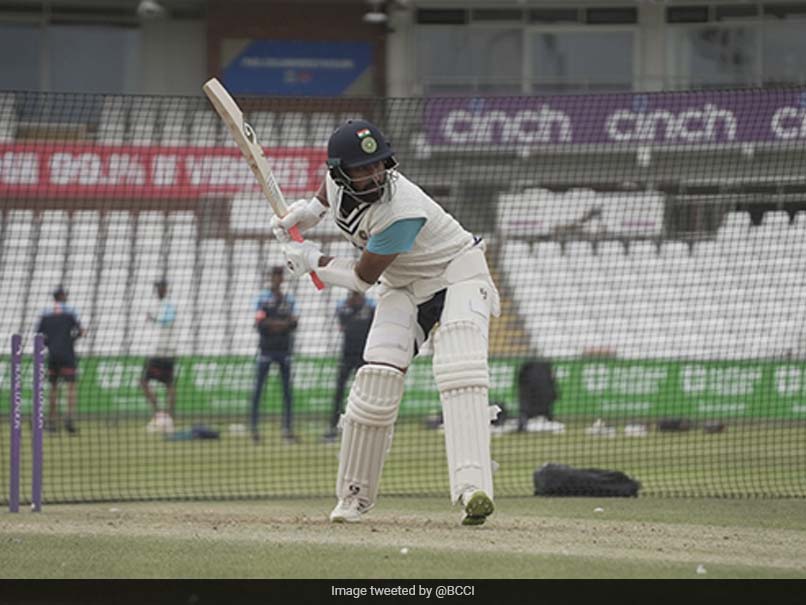 India Test vice-captain Ajinkya Rahane dismissed suggestions about whether Cheteshwar Pujara could be promoted to opening the batting instead of his usual number three position. “Pujara is our No.3 batsman. Who will open the innings, we are still finalising our combination. Pujara has been really solid for us at No. 3 and as for opening pair, the captain, coach and management will decide.” Rahane expectedly didn’t divulge the playing combination but did drop a hint that Shardul Thakur’s impressive lower-order batting could be used during the five-Test series against England, starting August 4. Asked who among bowlers is the best bet with the willow and may be fill-up for Hardik Pandya’s absence, Rahane named fellow Mumbaikar Thakur, who recently scored a half-century and took 7 wickets against Australia in his second Test in Brisbane.

“Everyone is different. Hardik what he did in 2018 was different for us. Shardul can bat. You have seen Shardul bat in Australia and he did well in domestic cricket as well,” Rahane said about Thakur, who has seven first-class half-centuries but at a modest average of 16.58.

“It’s good that they are wanting to bat for at least 10-12 minutes in the nets. See result comes later and what is important is process and working hard and contribute as a member of the team. We are hoping for some contributions from our tail-enders.”

Without taking Pujara’s name, Rahane was posed a question on “intent”, a word that has cropped up time and again because of the Saurashtra batsman’s defensive batting. However, Rahane made it clear that approach is “to each his own” as long as communication from team management is clear.

“Obviously, we sat together and discussed about our batting plans but in England, it is challenging conditions for a batsman. Everyone has different plans and everyone needs to back his own methods,” Rahane, whose own form at times has been questioned, said.

“Communication is key for batting unit but individually I feel everyone should back their own methods because conditions change quickly over here in 15-20 minutes sometimes. It’s about getting used to conditions quickly. As a batting unit, we are ready.”

Rahane said that their team is fully aware that England could unleash a green top surface for the Indian players, who need to counter the seamer-friendly conditions.

“We expect England to give us such kind of wickets and its their home conditions and we are not going to think too much about it.

“Winning each and every moment in Test cricket is really important. We are not really worried what kind of wickets are given to us.”

The Indian vice-captain acknowledged that bubble fatigue is a reality and his team completely respects opposition star Ben Stokes’ decision to take a break from the game and work on his “mental well being.”

“Bubble (life) is really challenging. You have got to understand a player’s mindset as well. When you play at highest level, you have to always give your hundred percent and your mental health matters a lot.

“We (Indian team) respect his decision and I am sure his England teammates also respect his decision. It’s all about understanding players’ mindset as to what he is going through. It is tough and challenging to be in bubble continuously and perform,” Rahane stated.